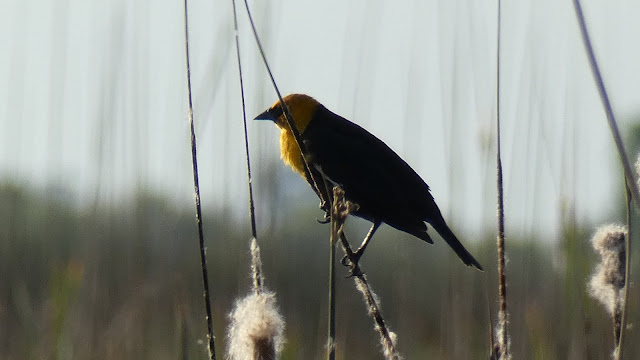 Yesterday was pretty exciting as such things go. I started the morning with a discovery of Bullocks Orioles on the Tuolumne River, but Mrs. Geotripper wasn't with me, and she wanted to see some birds as well, so in the late afternoon we headed south into Merced County to have a look at the Bear Creek Unit of the San Luis National Wildlife Refuge. We hoped to repeat our February sighting of a White-tailed Kite, but other than that, I wasn't sure what to expect. The Arctic migrants have bugged out already, so we mainly expected the resident species of ducks, blackbirds and shorebirds. In the back of my mind, though, there was the hope of seeing a Yellow-headed Blackbird (Xanthocephalus xanthocephalus). 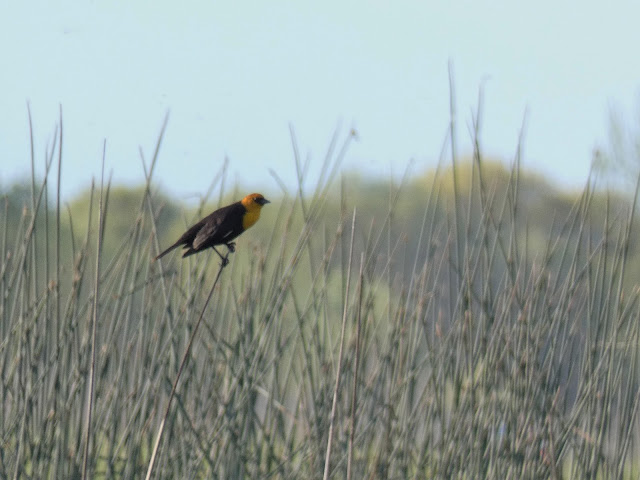 We don't see these beautiful birds very often. They haven't even been reported in Stanislaus County as of yet this year, and there have been only a few in Merced County, mainly at the Merced NWR, and the main unit of the San Luis NWR. We've seen them twice previously, and in the same place: along the auto-tour of the Bear Creek Unit. I had reason to hope, and I wasn't disappointed! We passed dozens and dozens of Red-winged Blackbirds but I finally saw one that seemed bigger. It was silhouetted in the sun, but I was pretty sure I saw a flash of yellow around the head. I zoomed in and confirmed it; it was a Yellow-headed Blackbird! 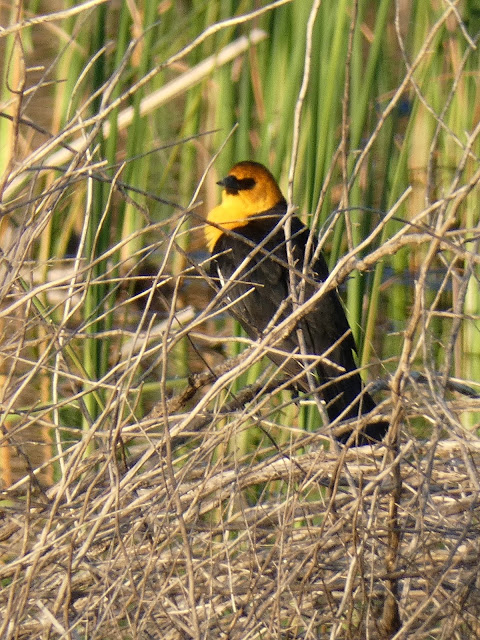 We ultimately saw six or seven of them, all males. It's possible they were guarding their territories, with the females hidden on their nests, but they could also just be passing through. The birds spend the winter in Mexico and Texas and move north as far as Canada to breed. 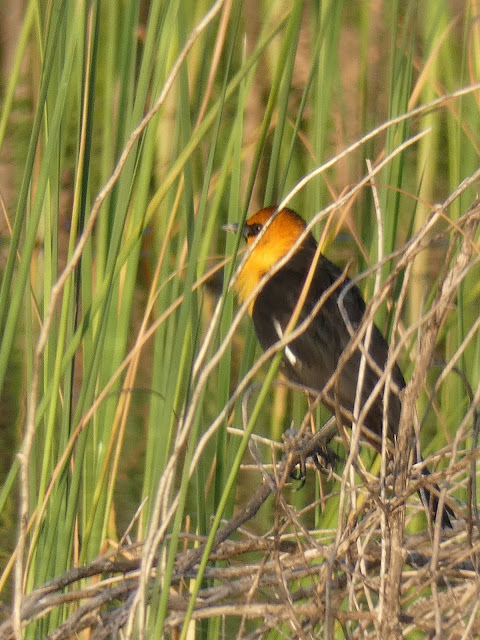 The have a call that must be heard to be believed. If you were hoping for a lilting melody like their relatives the Red-winged Blackbirds, or say, a meadowlark, you are going to be bitterly disappointed. We tried to capture the sound but did succeed. Try to imagine the grating sound of metal on metal, like a damaged car door that doesn't shut right and scrapes the frame. You can hear it here: https://www.allaboutbirds.org/guide/Yellow-headed_Blackbird/sounds. 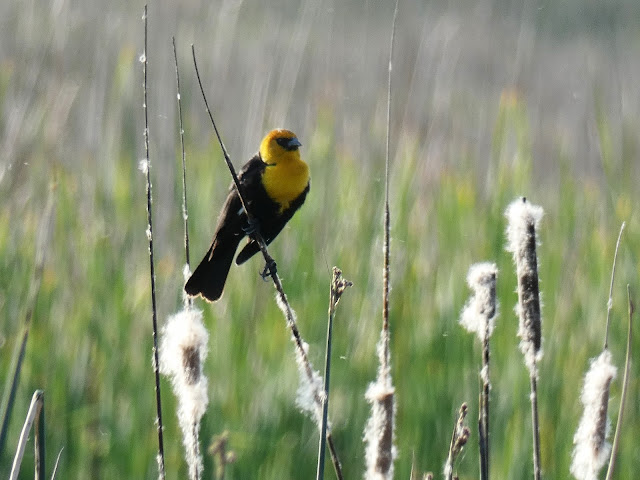