Something New at MJC: A Nesting Pair of Red-tailed Hawks 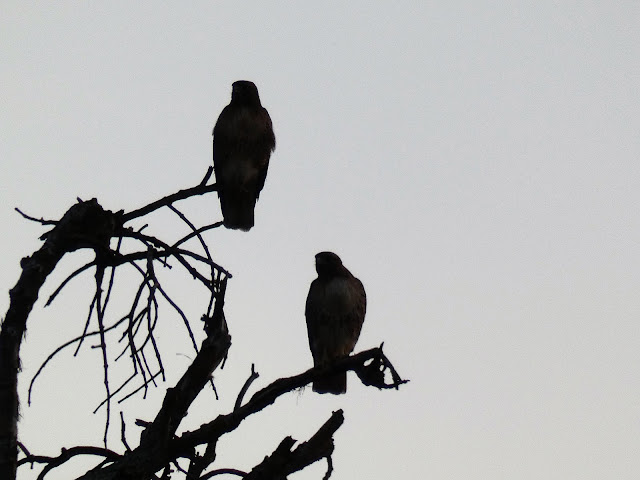 Things have been afoot at MJC's West Campus over the last few weeks. A lot of birds have been agitated by the presence of some Red-tailed Hawks (Buteo jamaicensis). I've seen Red-tails there fairly often, but most of the time they've been soaring high above the campus and over the surrounding territory. Lately though, a pair has been loitering around the sheep pasture and pond on the northwest corner of the campus. The Yellow-billed Magpies and several other species have been rather unhappy about these unwelcome neighbors, and I've seen them trying to harass the Red-tails a couple of times. 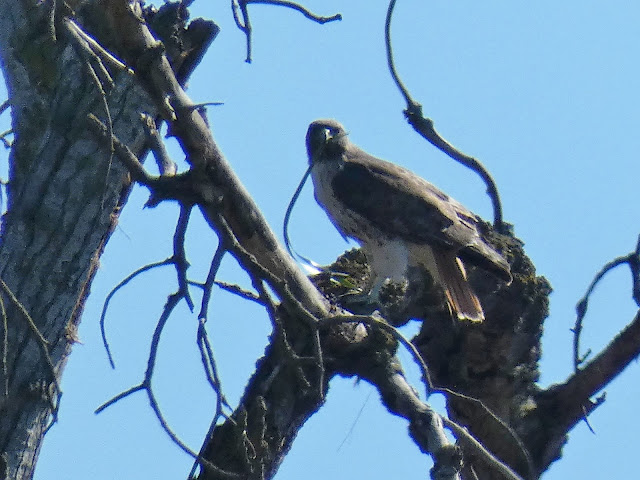 I suspected that they might be nesting, but I was having a tricky time confirming it. There are two large nests in a Deodar and a Eucalyptus tree on the south side of the pond, but during the last two weeks I couldn't see any birds occupying either of the nests. Until this week. I spotted one of the hawks carrying nesting material, and it eventually alit in the Eucalyptus and seemed to be watching me. 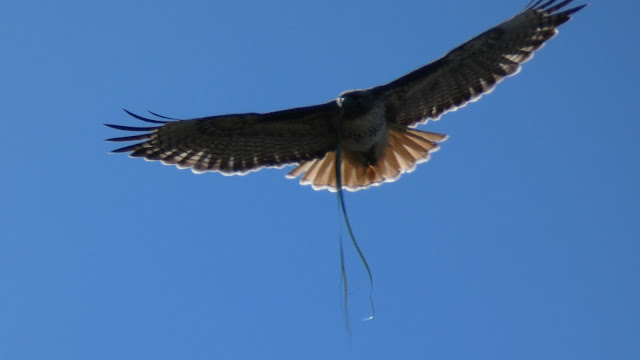 I walked away towards the other end of the pond and eventually the bird hopped over to the empty nest and started to work on the lining. They are obviously getting ready for babies. That's a first for the campus, at least during the last three years that I've been paying attention to such matters. I'll keep an eye on things and see if I can get some pictures of the young ones.... 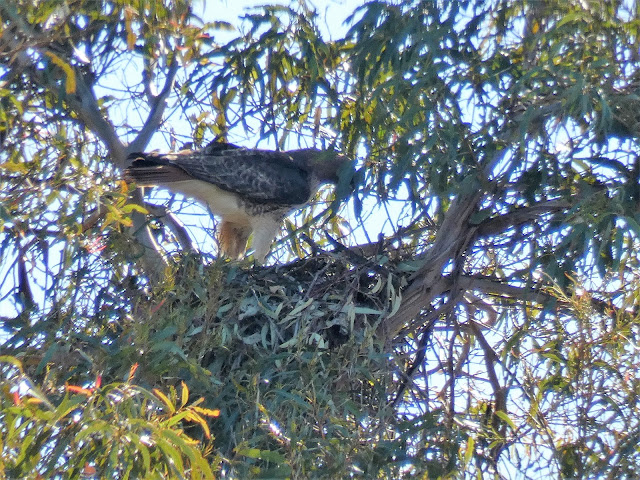