The Most Hated Bird in Hawai'i? Tale of Two Invasive Species 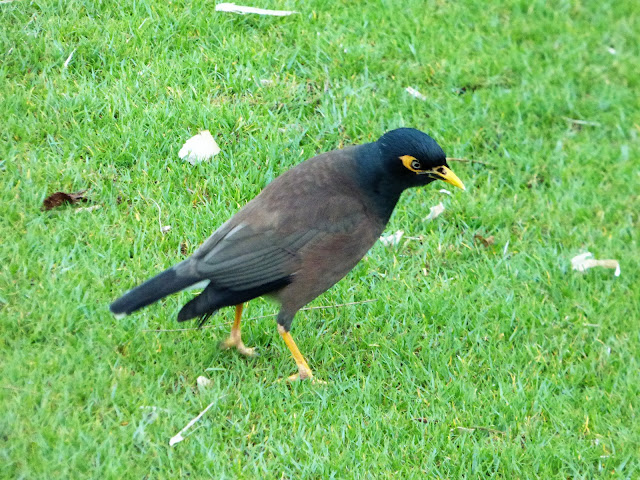 What's the most hated bird in Hawai'i? I have no idea. I don't live there and I don't think there's an official designation for such a thing. I don't even know the most hated bird where I live for that matter (Pigeons? Crows?). In any case, the Common Myna (Acridotheres tristis tristis) might be a plausible candidate. Here are some observations from the Bishop Museum:  "generally vilified for its noisy habits, "quarrelsome" and opportunistic nature, disturbance to domestic pigeons, fruit-eating and nest-robbing habits, and the possibility of its adversely affecting native bird populations". Also, a song "about as musical as a cat-fight". And, somewhat mysteriously, "later writers again castigated the myna in Hawaii, pointing out its role in spreading noxious weeds including Lantana, serving as a host for parasites and avian diseases, predating seabird nests, setting buildings afire with lighted cigarettes, and perhaps competing with 'o'os for cavity nest sites". The Myna has even managed to make the list of 100 of the world's worst invasive alien species (the list has only three birds, and two of them are presently in Hawai'i).

I guess success breeds contempt. As an occasional visitor to the islands I don't have anything in particular against the bird, other than knowing of its possible impact on native species, which is debated. They are ubiquitous and loud, but also intelligent and comical. They were introduced to the islands in 1866 in an effort to control an insect pest, the Cutworm Moth. Apparently they did so, but once the pest was under control, they started to eat everything else and spread widely. 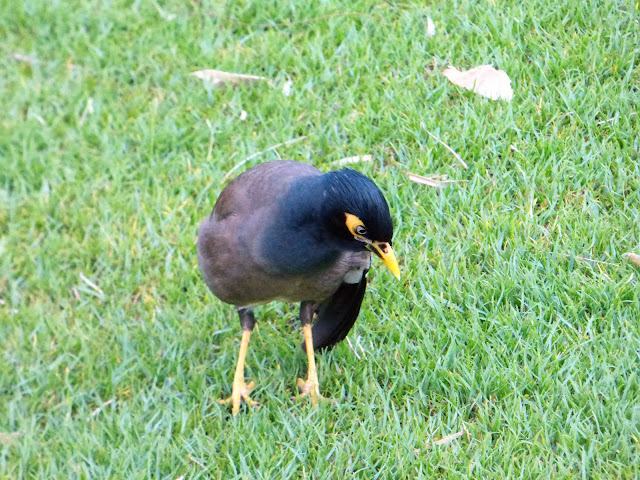 I photographed this individual in Liliuokalani Gardens in Hilo, Hawaii on the Big Island. Almost in the same moment I had a rare chance to get some close up photos of what might be the other most vilified invasive species (excepting possibly the rat): the Asian Mongoose. It's obviously not a bird, but its history is entwined with the native birds of Hawai'i. Like the Myna, it was introduced to some of the islands in an effort to control a pest, in this case the rat. The mongoose will eat rats, but it isn't their priority, since the rats are nocturnal and the mongoose is not. They instead went after the eggs and chicks of the native birds. They were quite the biological disaster, and like the myna birds, they are found almost everywhere. They never made it to Kauai, and preventing their introduction is one of the highest priorities of wildlife officials in the state. 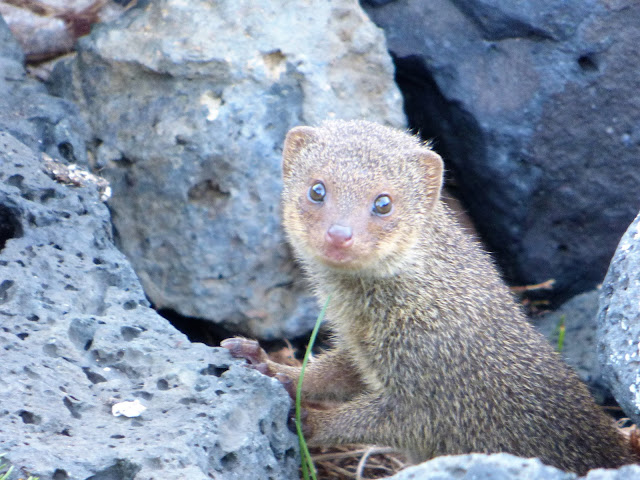 But really, aren't they just so cute?
Posted by Garry Hayes at 4:20 PM