A Bunch of Bulbul: Invasive Species on Oahu 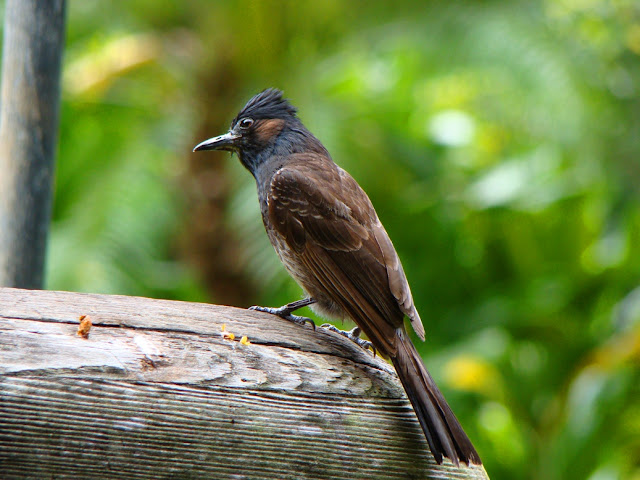 Yes, you can think of this blog post as being a bunch of bulbul, because it has pictures of not one, but two species of Bulbul, an invasive species that arrived illegally on Oahu in the 1950s, and quickly established itself as an agricultural pest. It has not managed to spread to the other Hawaiian Islands yet, although a few individuals have been sighted on Molokai and the Kona Coast of the Big Island. The two species are the Red-whiskered Bulbul (Pycnonotus jocosus), and the Red-vented Bulbul (Pycnonotus cafer). I think the bird in the picture above is a juvenile Red-vented Bulbul. It's the only good picture I've managed over the years, taken at Waimea Valley in 2010. 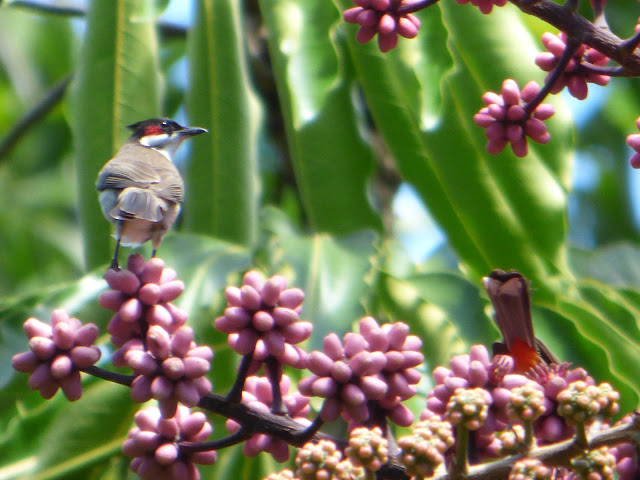 The rest of the pictures are from my most recent trip, and are also from Waimea Valley on Oahu. Above and below are some shots of the Red-whiskered Bulbul, while the last shot below is a Red-vented variety. 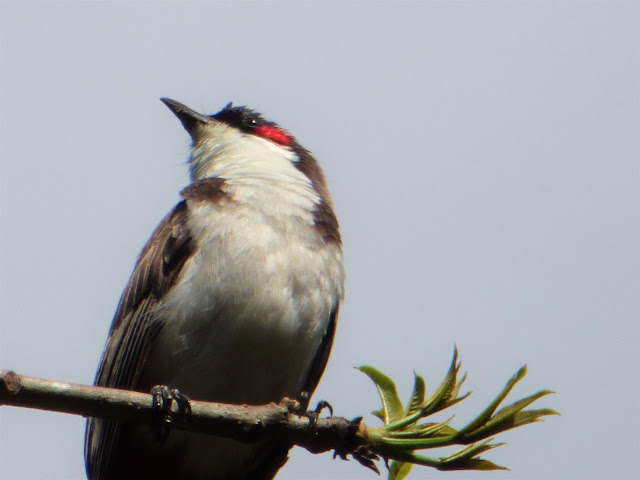 So on an island where most of the birds are non-native species, why does this one stand out as a pest and a dangerous invasive species? The state of Hawai'i gives three reasons: They are pests of agriculture and gardens, feeding on fruits, vegetables, flower buds, and insects; they spread the seeds of invasive plants, including miconia, ivy gourd and false kava; and they aggressively chase other birds and compete with them for food and space. There is concern that they may compete with native birds where they co-exist. The Red-vented Bulbul has actually achieved the dubious distinction as being one of the World's Worst Invasive Alien Species. 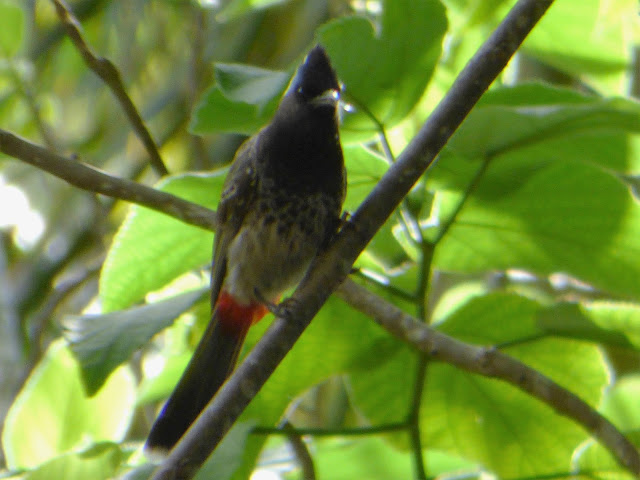