Bird of the Day: A Sora at Stone Lakes National Wildlife Refuge (and some bonus Sandhills) 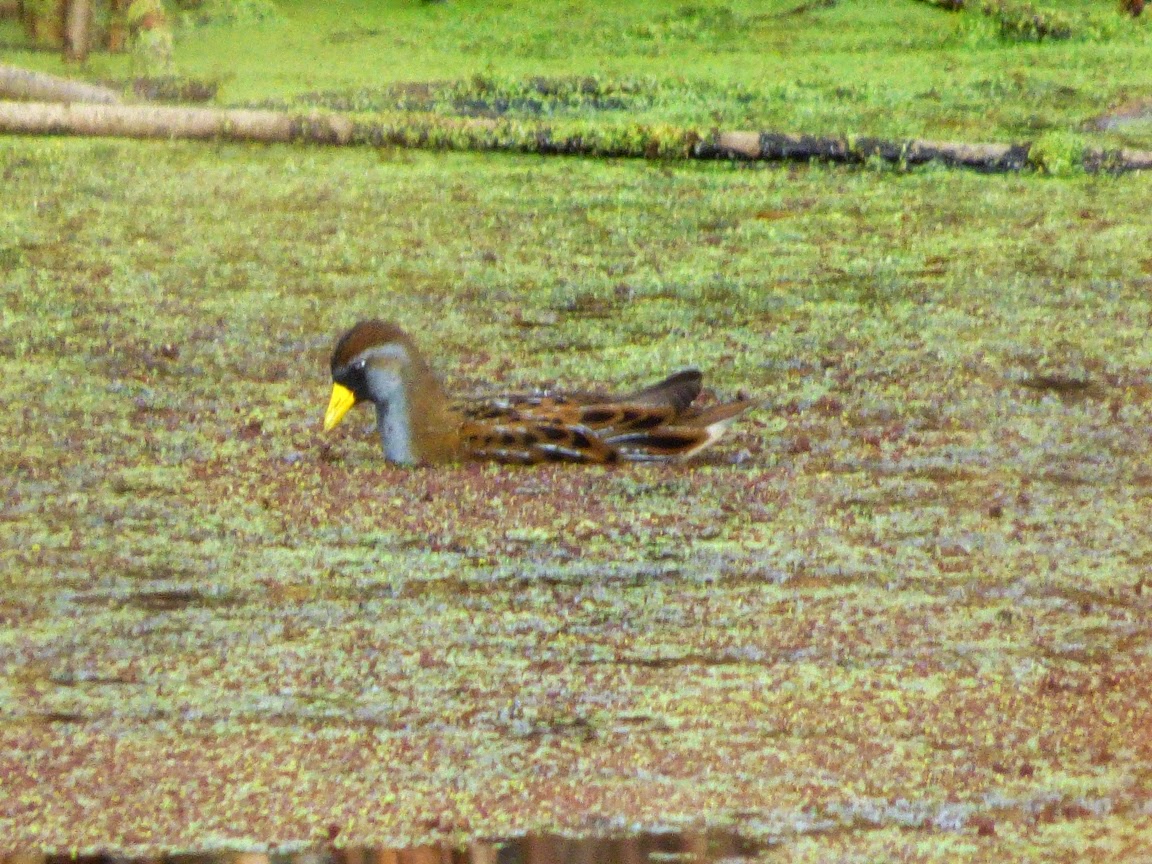 It's been a busy week that left little time for blogging, but it's not for lack of finding birds. I was traveling from the Sacramento Airport when I noticed for the first time (out of my own denseness), that there is a National Wildlife Refuge practically in the downtown area (well, okay, out on the edge of town). It's called the Stone Lakes NWR, and it is one of the newer refuges in the system, established in 1994. I only had a few moments, but there was a nice parking area with three looping trails through some representative ecosystems called the Blue Heron Trails. Apparently it has been open for only a short time. I took a quick stroll along the accessible trails and saw a couple of interesting birds.

One of them was completely new to me, the new birder. Swimming birds to me used to be ducks or geese, so I was confused when I didn't find this distinctively colored bird in the duck section. It turns out to be a species of rail called a Sora (Porzana carolina). It is not an uncommon bird, but it apparently is very secretive and hard to see most of the time, which explains the fuzziness of the photos. It was at the far end of the pond and I was using the highest zoom setting.

The Soras range from Canada during the summer to the northern part of South America in winter, but according to Audubon, the Central Valley is one of the few places where they are resident year-round (along with the Las Vegas area and central New Mexico). Knowing that, I'll try to get some clearer shots next time! 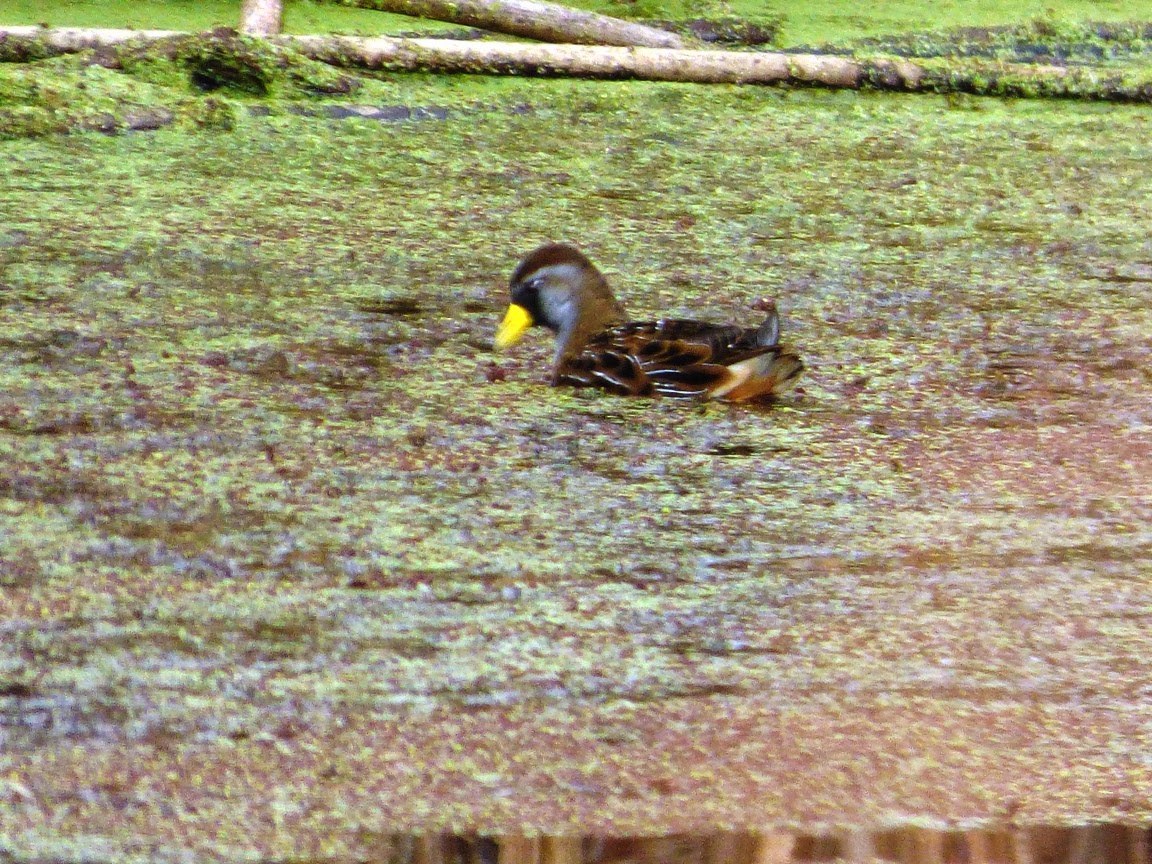 The refuge is much larger than just the area around the Blue Heron Trails. The entire reserve encompasses more than 17,000 acres, and it is adjacent to the even larger Cosumnes River Preserve, with more than 50,000 acres. 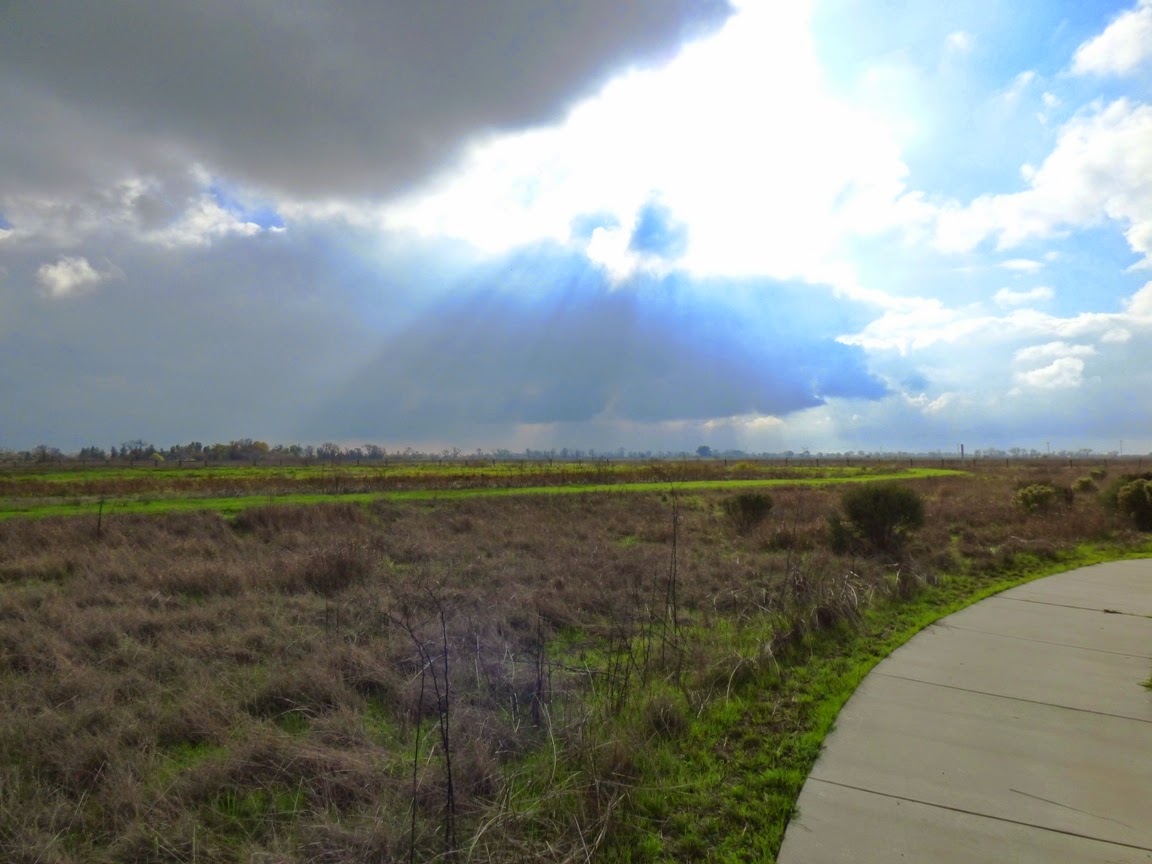 I kept hearing Sandhill Cranes, and they sounded so close, but I couldn't see any at first. Their honking can carry a long way as it turns out. They were across the highway (Hood Franklin Road) about a quarter mile away. I zoomed in the best I could for a few pictures. Beautiful birds! 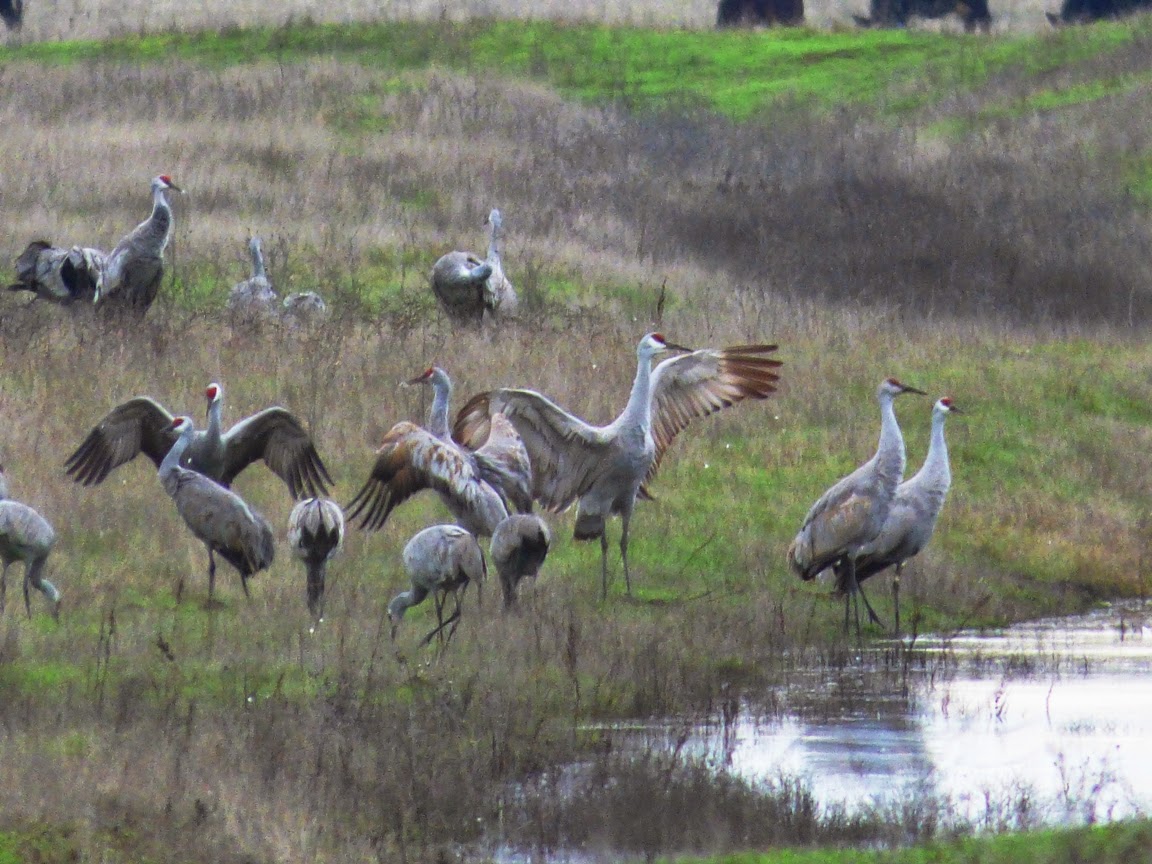