Bird of the Day: California's Endemic, the Yellow-billed Magpie 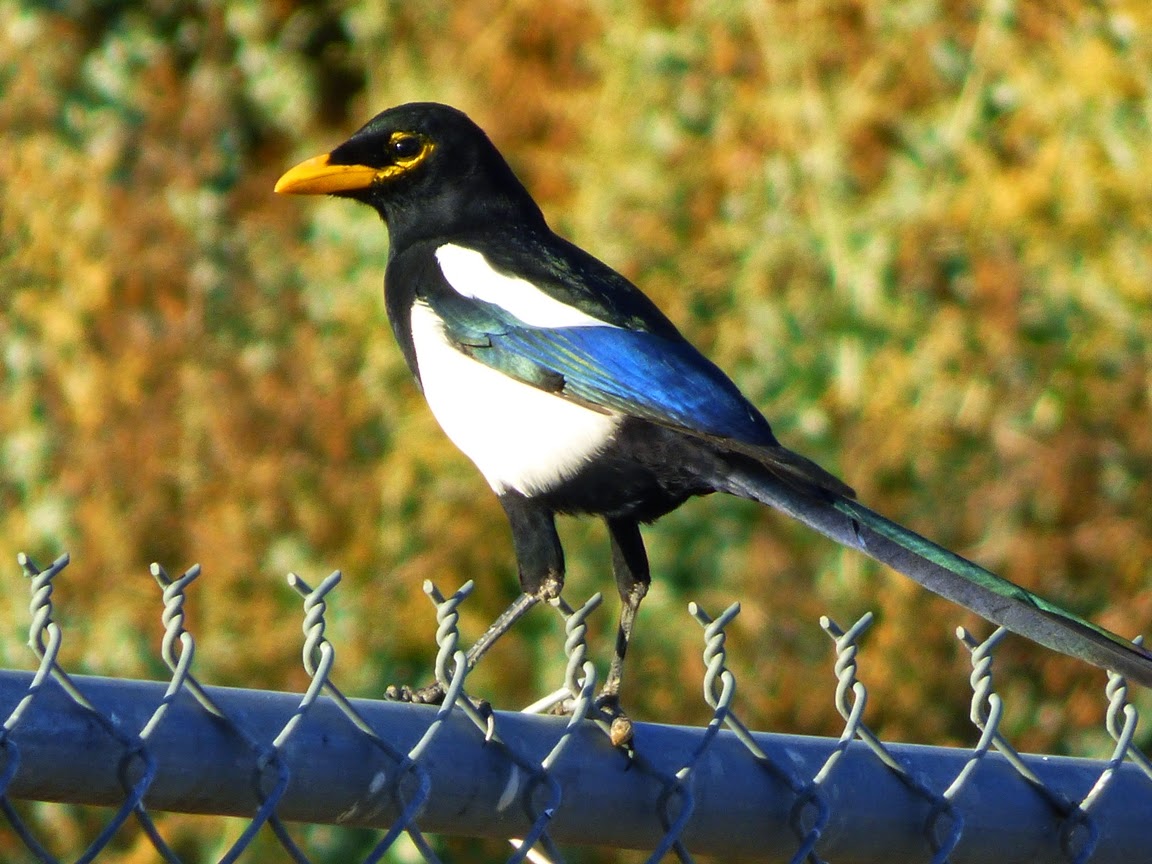 Today's bird is one of my favorites. The Yellow-billed Magpie (Pica nuttalli) is found only in California, mostly in the Great Valley, making it one of the few truly endemic bird species in the state. Some of the others include the Nuttall's Woodpecker (whose range includes a bit of Baja), and the Island Scrub Jay which lives only on Santa Cruz Island in Channel Islands National Park. 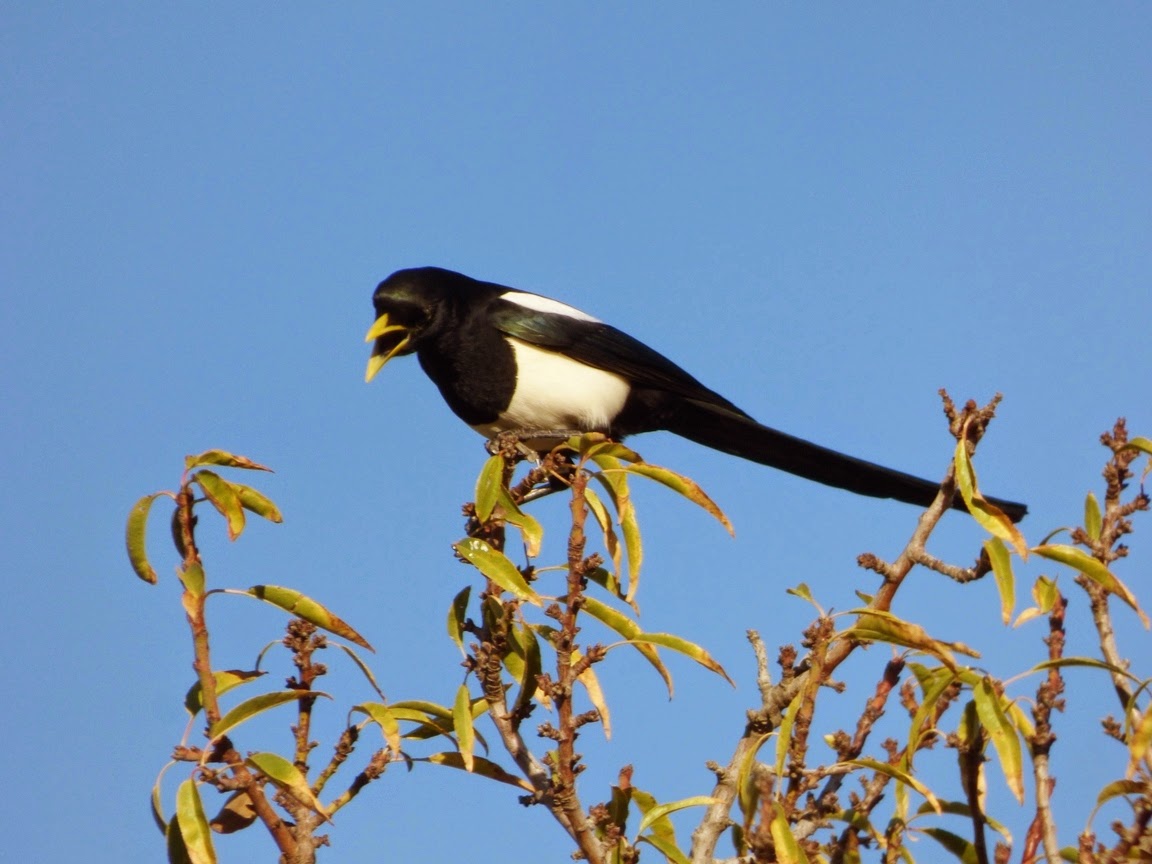 The Yellow-billed Magpie closely resembles the Black-billed Magpie that is widely distributed across western North America, except that it has...a yellow bill (and yellow eye-rings). The birds are genetically close, but were isolated from each other by the Sierra Nevada Mountains during the ice ages, perhaps a few hundred thousand years ago. 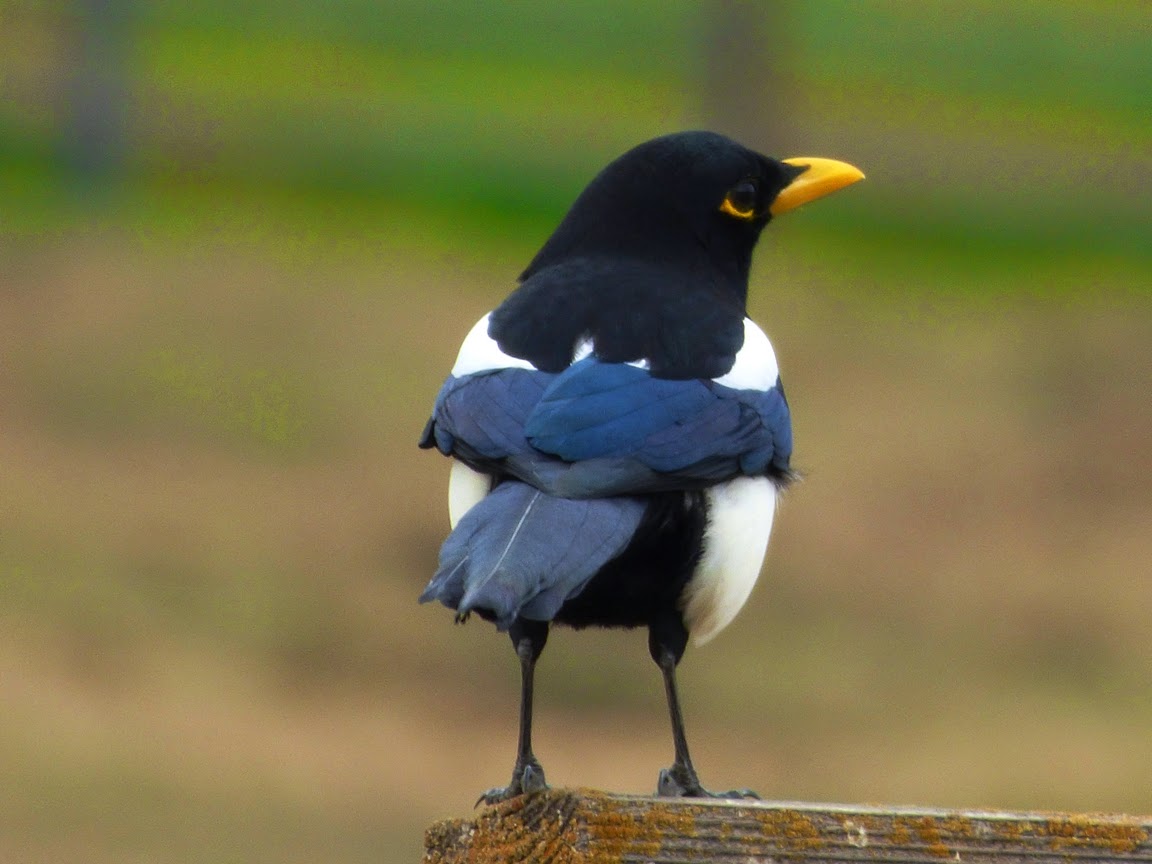 The birds survived a near-miss a decade ago when the West Nile Virus arrived in California. Nearly half the population was killed off in just two or three years, dropping from an estimated 180,000 individuals to only 90,000 or so. The survivors had some resistance to the virus, so the population has rebounded in recent years. It would have been a real shame to lose these beautiful and unique birds. I've enjoyed watching the flocks in my neighborhood pasture and on the west campus as well. 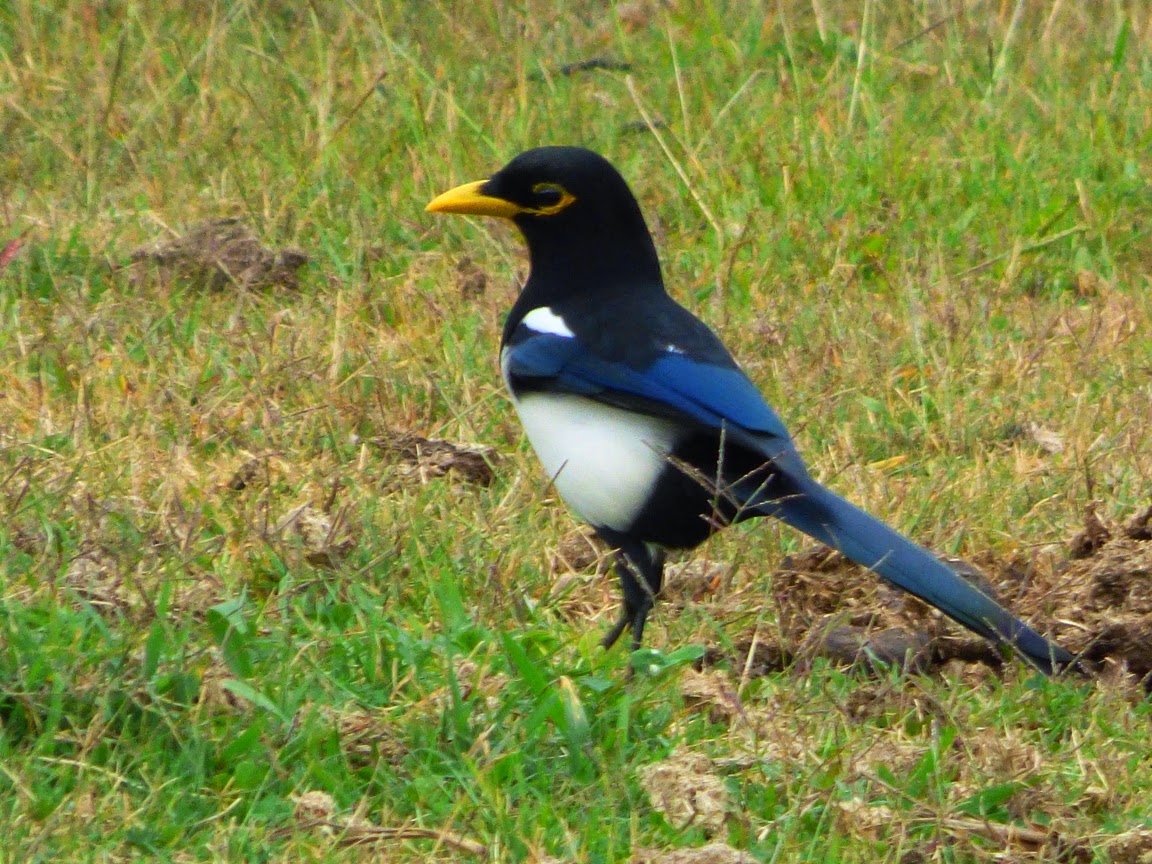 The last picture is not a great one (I'm working on getting a better one), but the birds in flight remind me of one of the most ancient of bird species, the Archaeopteryx. There is no close relationship, but the long tail feathers make me think of the long boney tail of the Jurassic creature that resembled the transitional species that led from dinosaur to bird (the Archaeopteryx also had teeth, a trait that only appears in bird embryos these days). I guess I'm not the only one to notice, because when I referred to the Wikipedia article on the ancient birds, they also noted the resemblance. 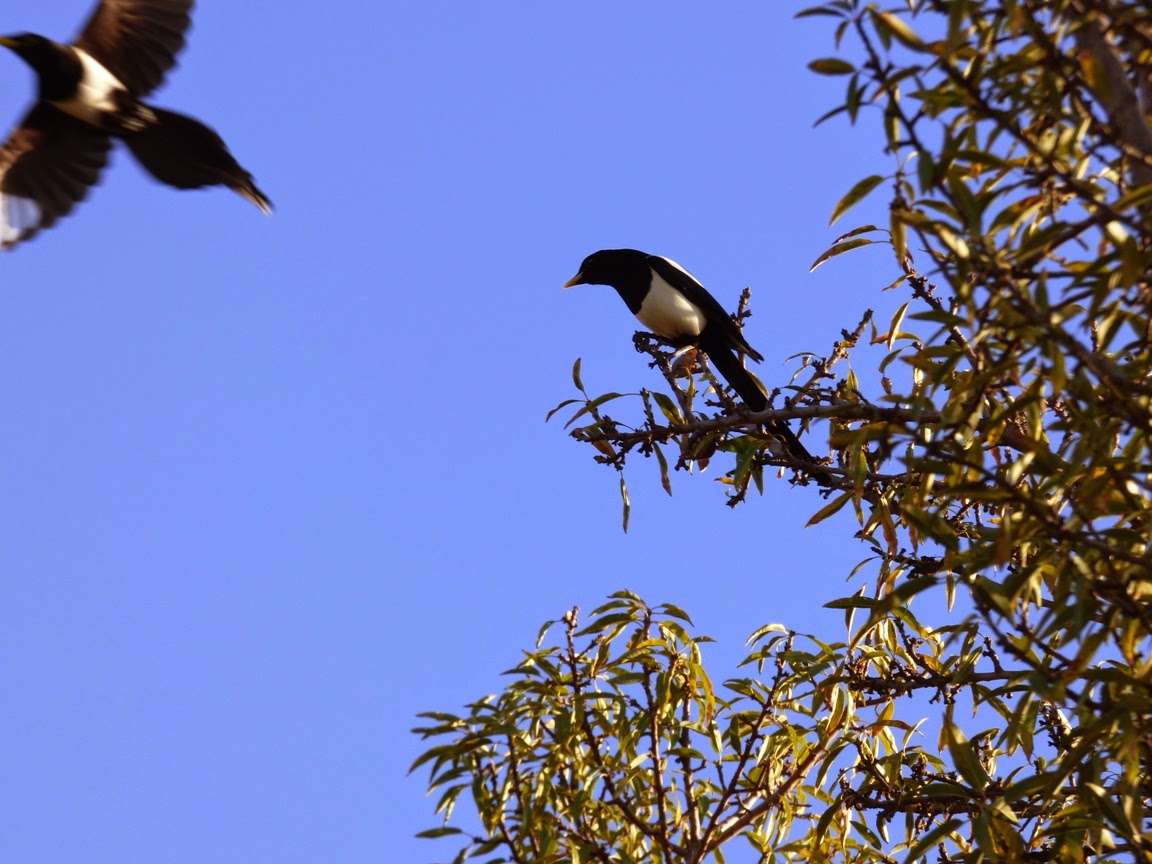 The Magpies on campus and in the pasture are usually pretty suspicious of me (a good trait), so I was pleased when they hung around during my walk earlier this week in the pasture near my house, and again on Tuesday when I walked the West Campus perimeter. There are several dozen individuals in each flock, which is an improvement over the last few years. It had got way too quiet when the virus was destroying the flocks. I'm glad they're back. Look to see them again soon on these pages.
Posted by Garry Hayes at 12:12 AM