Bird Watching in (Semi) Urban Settings, Part One: The Pasture 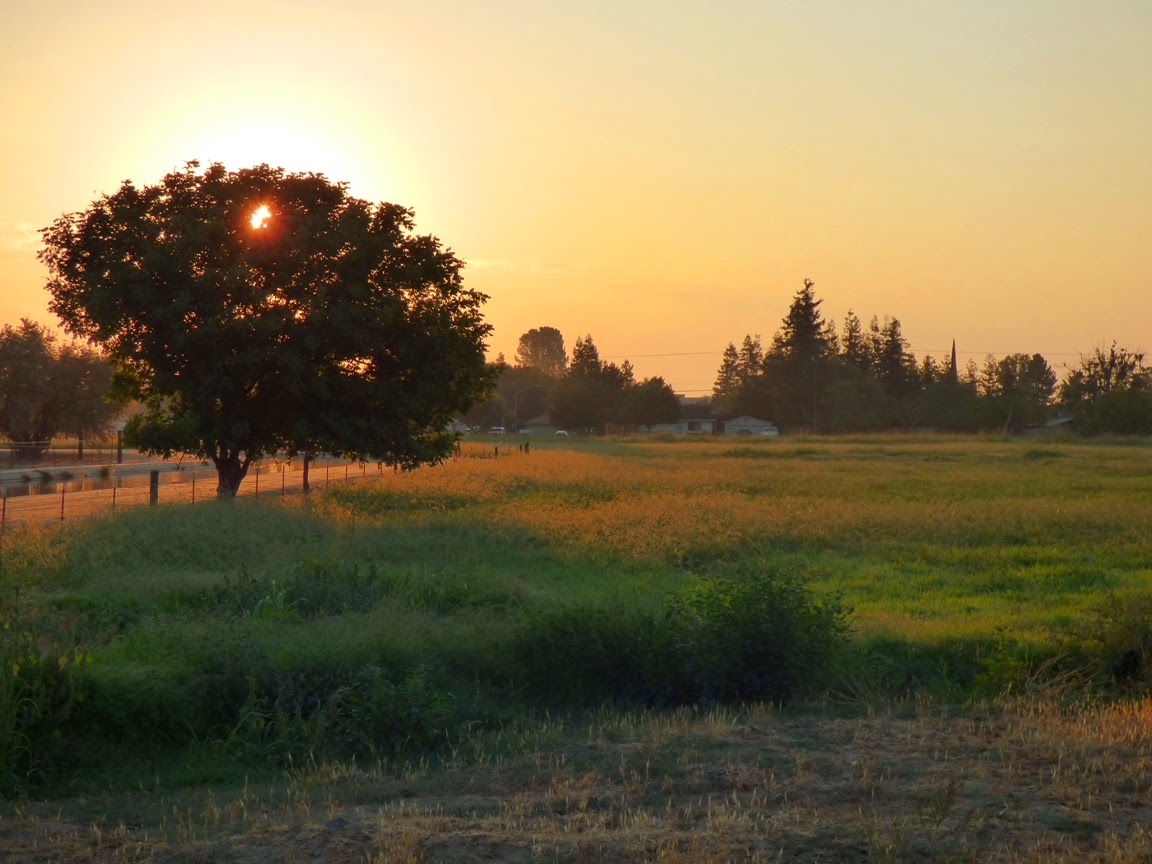 I don't live in a very interesting place, especially for a geologist. It's a flat valley floor (a corner of California's Great Valley) given over to agriculture and urban development. It might have once been an open prairie, but today it consists of a small farming town east of Modesto surrounded mostly by almond orchards and corn fields. On the whole, it isn't much of a place for finding birds. 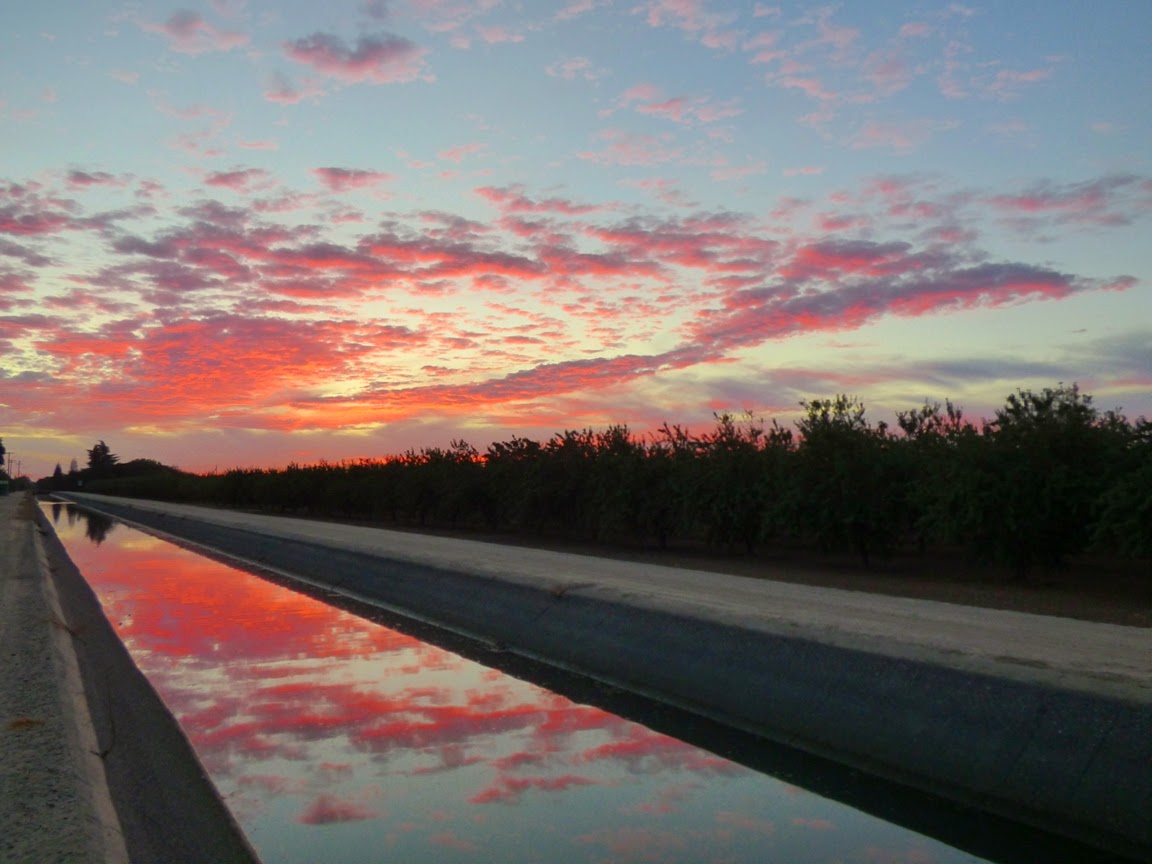 When I started my new hobby of photographing bird species, I wasn't expecting much in my own backyard. When I was walking around the neighborhood for exercise I started to realize that a surprising number of birds were living within a few blocks of my house, especially in the pasture between my house and the local elementary school. It was once slated to become a housing development, but the recession put an end to those plans, so a small herd of cows continues to graze there. 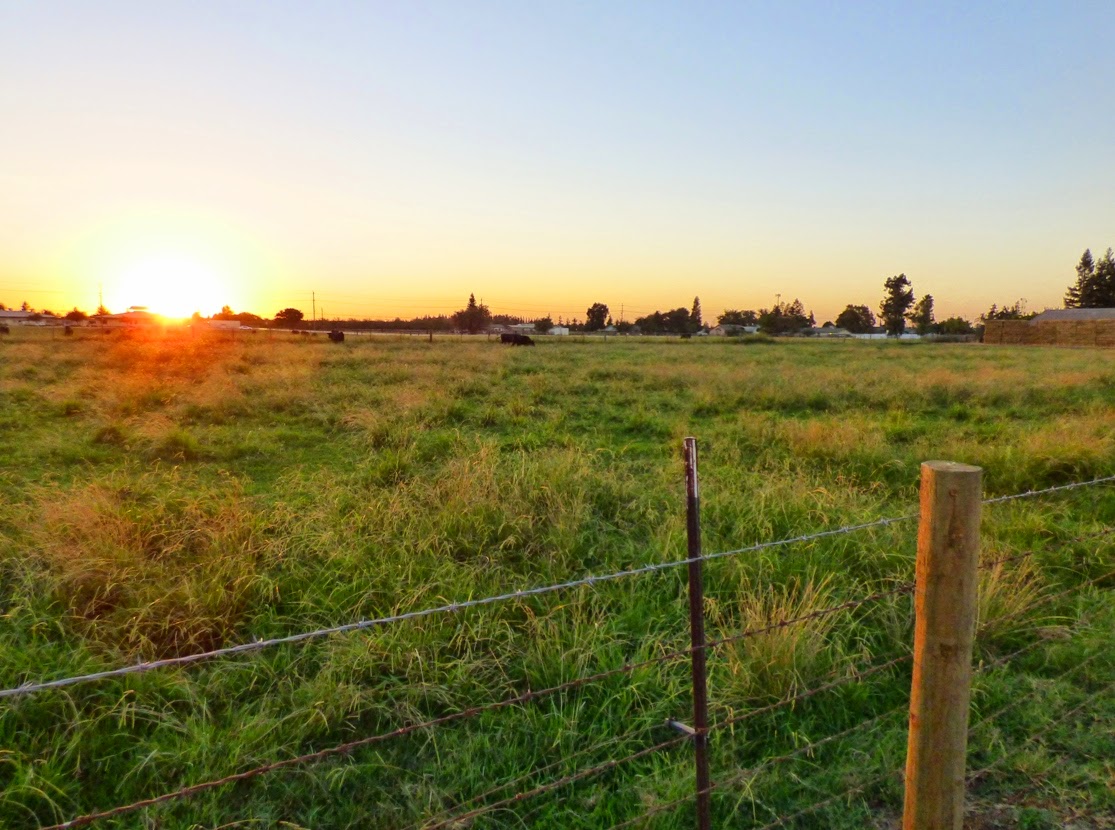 Orchards, with row after row of the same kind of tree, don't make for particularly good habitat, and neither do houses. But the pasture offers grasses and insects, and a variety of trees around the edges (walnut, oak, sycamore, and a few ornamental sequoias) provide shelter. An irrigation canal runs through the middle of the pasture, providing water through the summer (rainfall leaves puddles in the canal during the winter). 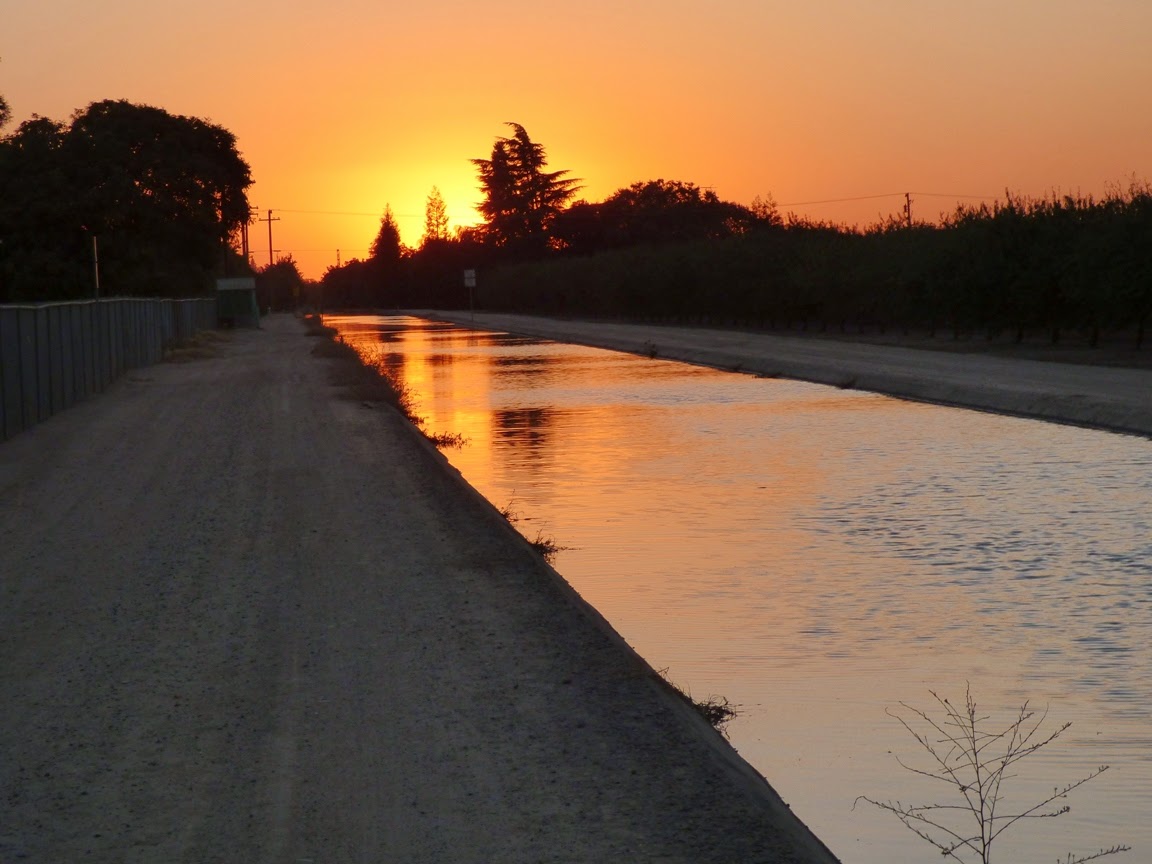 The number and variety of birds varies with the seasons. The migratory species pass through occasionally, and I saw the greatest variety in the spring. The fewest birds were in the driest dustiest part of summer. I'm looking forward to seeing the changes coming up this fall (and hoping for some early rainstorms to break up the horrific drought). 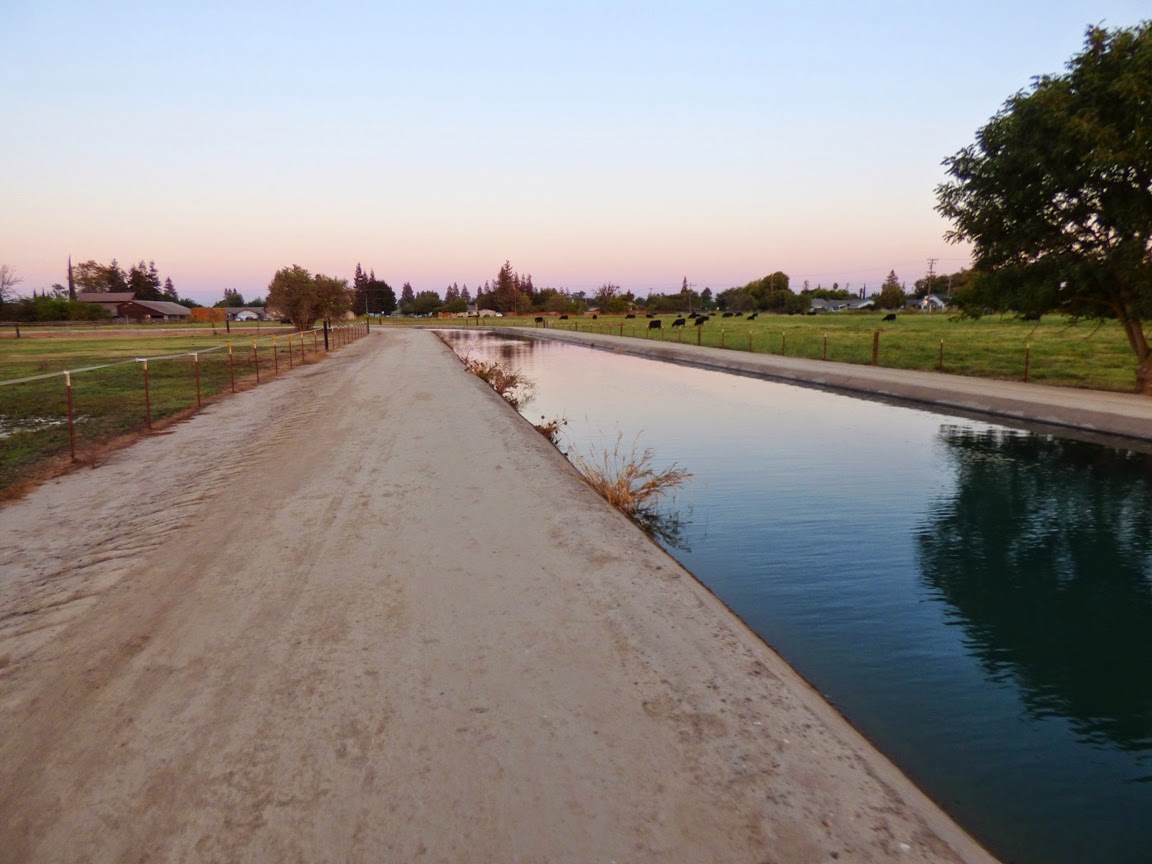 I've seen six bird species at the feeders in my yard: House Finch, Lesser Goldfinch, Western Scrub Jay, Western Mockingbird, and Anna's Hummingbird. Within a week or two of walking through the pasture and along the irrigation canal the species count for my neighborhood was up to more than twenty.

What's the take from this? No one could ever mistake my little suburban pasture as an exciting place (notice how I picked sunset shots to dress it up). But it is a wonderful thing to know that an adventure of sorts lies just beyond my neighborhood block, and such a principle is probably true for most people wherever they may be living. Urban jungles still have some green space, and some hint of the original diversity of birds species may be found there. I have two or three other sites that have revealed some interesting bird sightings. I'll review them shortly in another post. 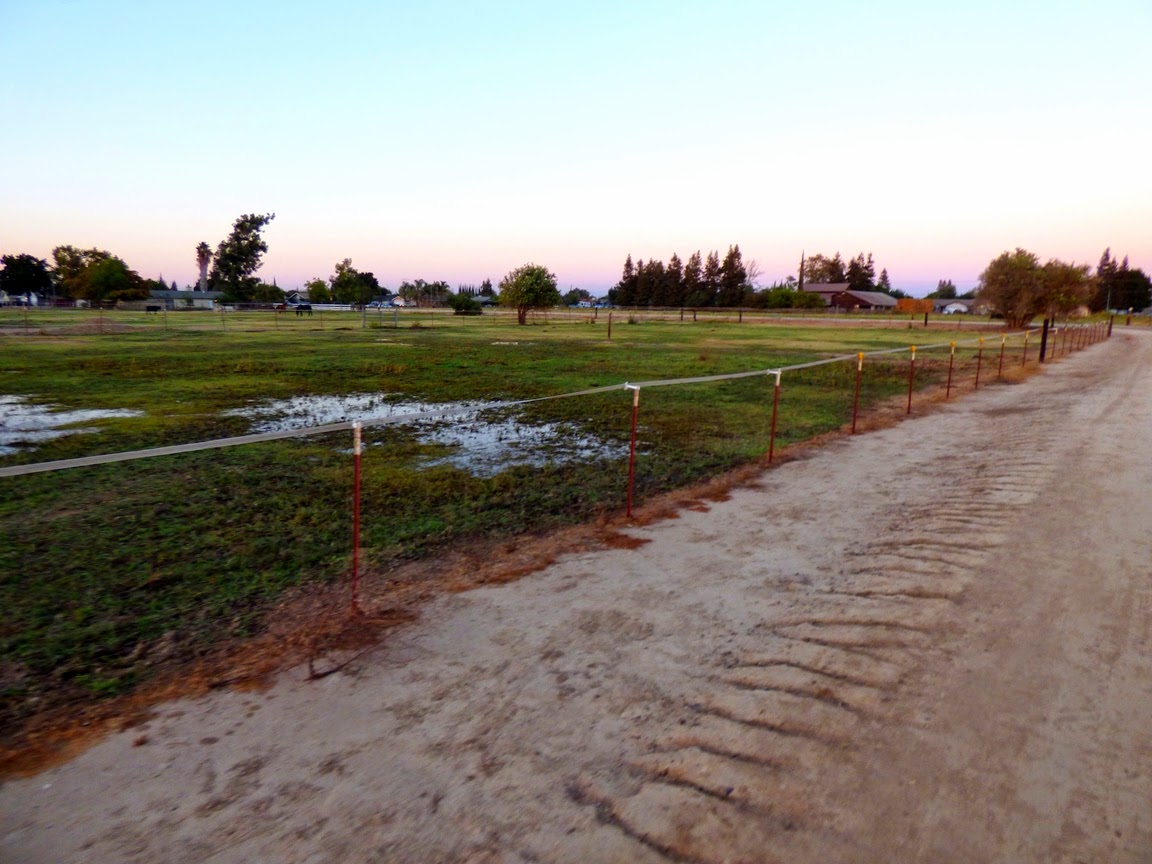 I'm intending to follow up with what I've been doing to my poor friends on Facebook and make a nearly daily posting of the latest bird sightings, which will include oftentimes the same birds (I'm actually starting to recognize some of them). So here are two of yesterday's birds, common visitors in the pasture: Killdeer (Charadrius vociferus). There were a dozen or more searching for bugs in the flooded corner of the pasture. Their call has become a familiar sound on my walks. 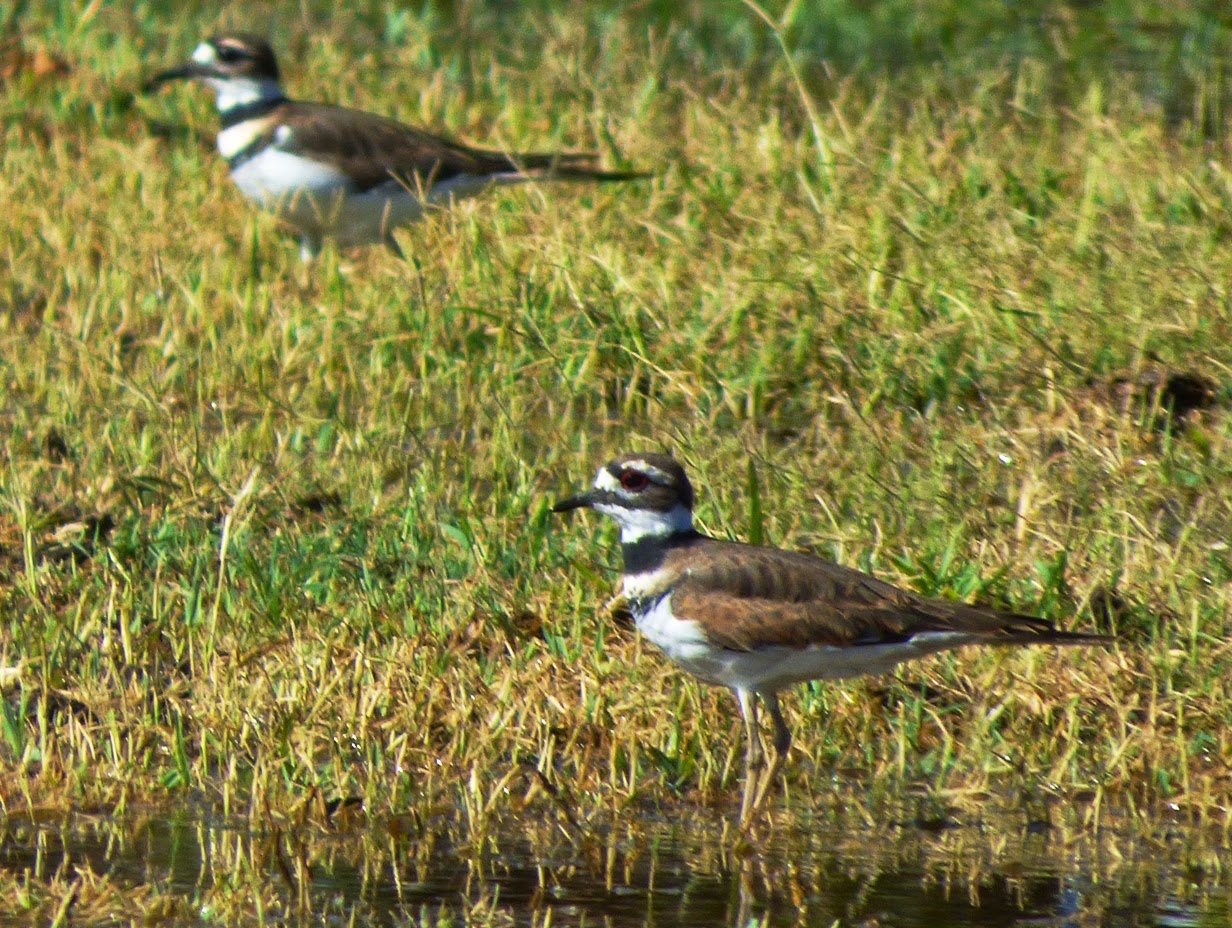