Western Tanagers on the Tuolumne River, and My Confession of Ignorance 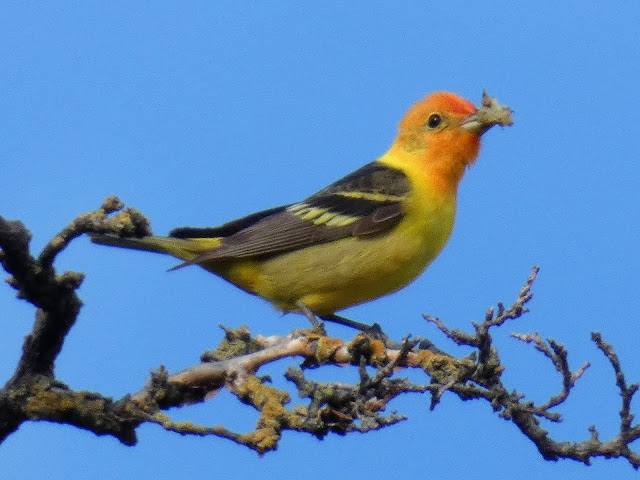 There was a time not that long ago when I thought birding wouldn't be interesting because there didn't seem to be all that many kinds of colorful birds like those in the tropics, or on islands like Hawai'i. This was pure ignorance on my part, and I freely admit it. I've seen the same phenomena in my area of expertise (such as it is) in geology: people who don't know any better think that practically all rocks are gray and uninteresting (note: they are not). Once I started paying attention, I was astounded at how wrong I was. One of the most shocking examples that shook me out of my ignorance was the sighting of a Western Tanager on a trip up Clark Fork of the Stanislaus River in the Sierra Nevada north of Yosemite National Park. Those pictures from 2014 were part of the inspiration that led to the start-up of this blog. 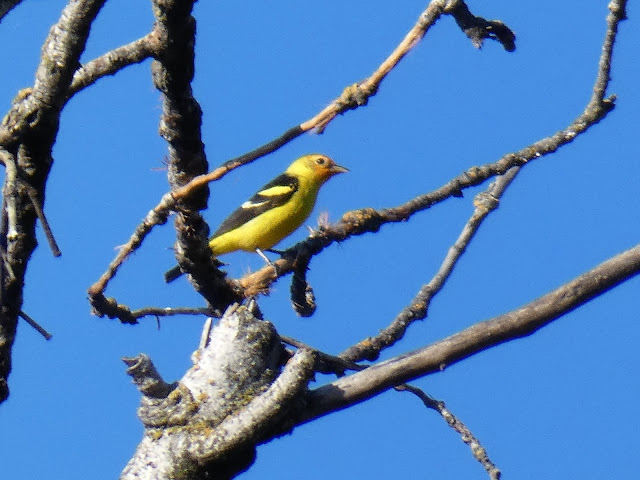 The Western Tanagers migrate from Central America to the American West as far north as British Columbia and Alberta. They are more commonly found in conifer forests like the Sierra Nevada where I saw that memorable specimen in 2014. When seen in the valley, they are often just passing through. And so it was that I did not expect to see any along my stretch of the Tuolumne River. 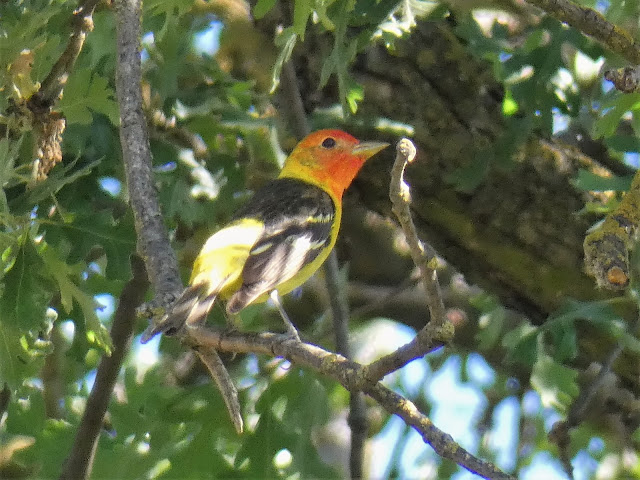 But then to my surprise I saw one or two of them in 2016, and then again in 2017. I was not happy with any of the shots I got at the time. Then in late April of this year I got yet another single crappy picture, but I posted it anyway thinking it would be the only one I would see this year. I was wrong. 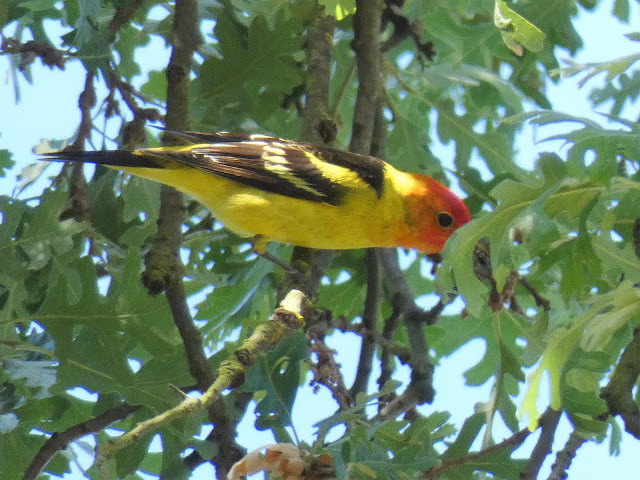 Because I have been taking almost daily walks along the Tuolumne River this month, I've started to pick out the patterns and habits of several resident tanagers. I don't see them every day, but as you can see, I've managed to get a fair collection of half-decent pictures. 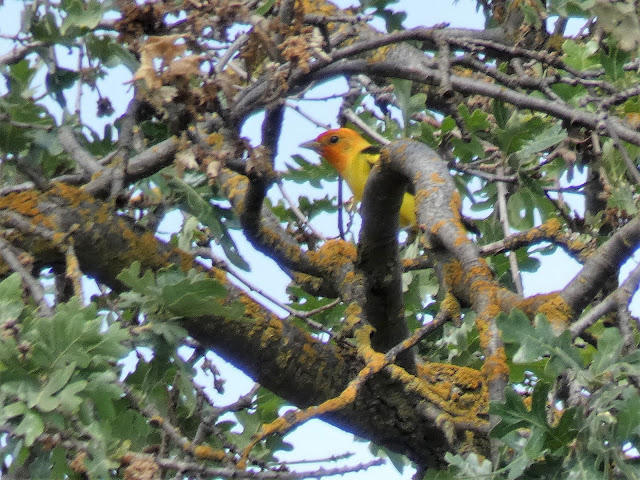 Now, if I could just get a handle on the habits of those beautiful Grosbeaks and Orioles.... 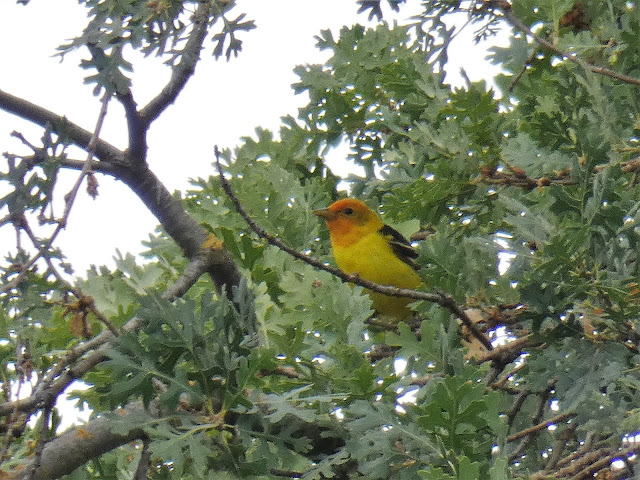