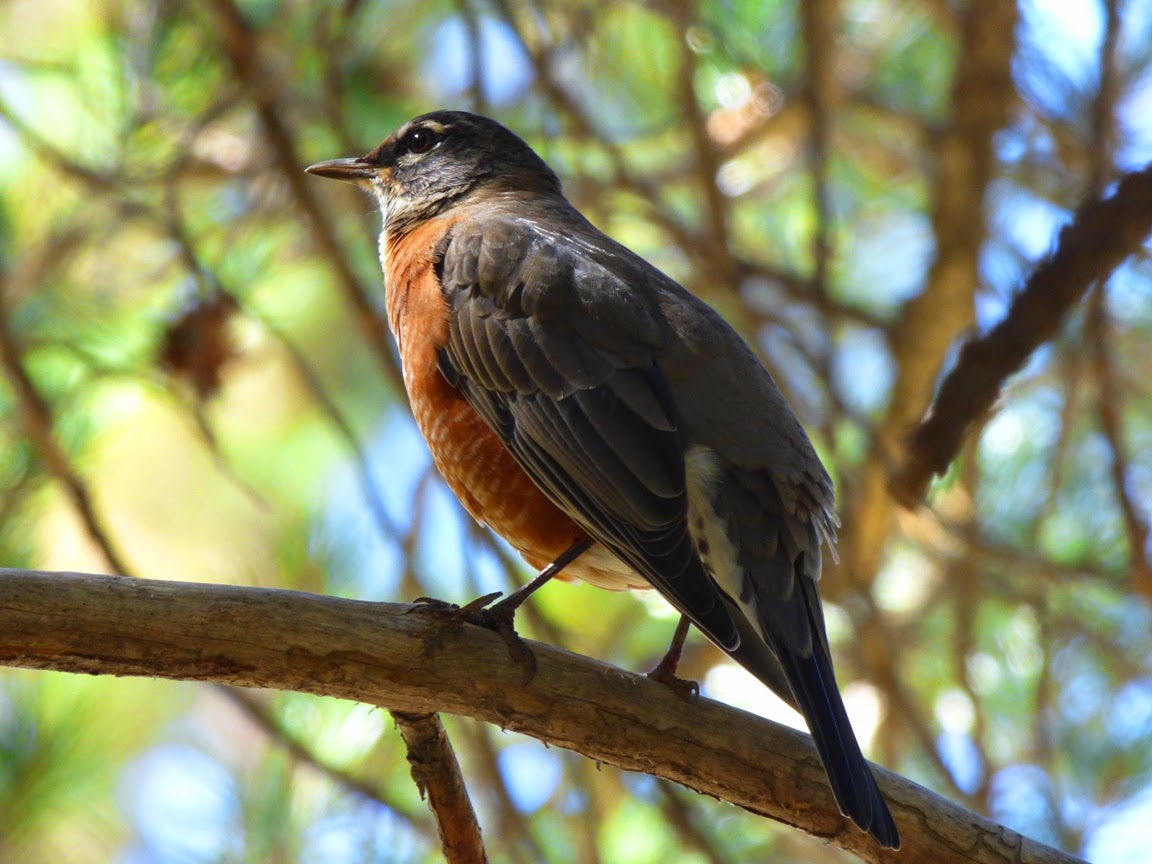 Among the quickest lessons I learned as I set out to learn about birds is that the species that were most familiar to me turned out to be more beautiful than I ever thought. There is hardly a bird more familiar than the American Robin (Turdus migratorius), and I enjoy seeing them around here, but last weekend I was walking quietly around Zumwalt Meadow in Kings Canyon National Park and I saw a colorful bird flit through the tree branches. I crept slowly forward, saw it, and thought "Oh, just a Robin".
But it didn't startle and sat watching me while I tried to snap a picture or two. They were fuzzy and I gave up and wandered along the trail a few yards, but then I decided to step back and see if I could do better. It was still there, so I started snapping from just 20 or so feet away. I could swear it was posing, because after a moment it turned around so I could see it from the front and side. 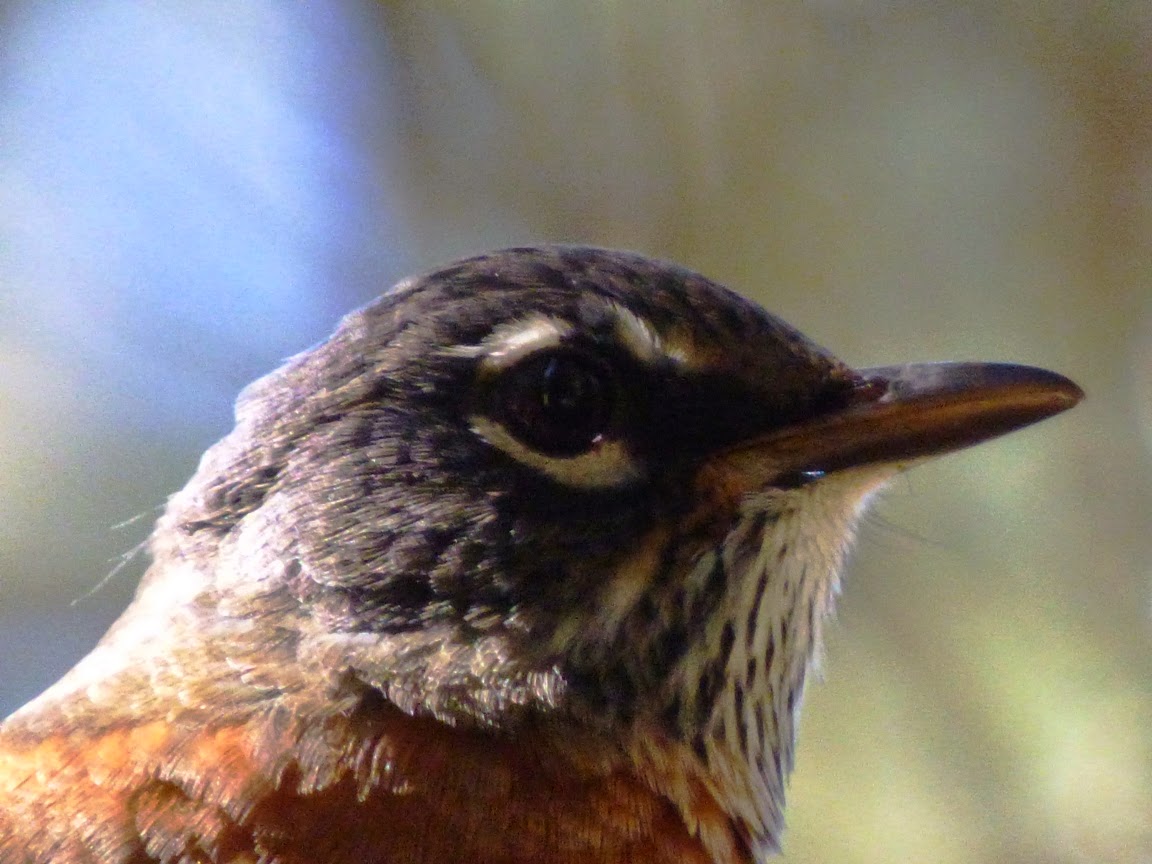 The American Robin is familiar because it has one of the widest distributions of any bird in the hemisphere, being found from the tundra of Alaska and Canada to the tropical rainforests of Mexico and Central America. There are some regional differences; I had always wondered why they were called "Robin Red-Breast" when they were clearly orange, but I find that the western race of Robins is paler in color than the ones in the eastern United States. 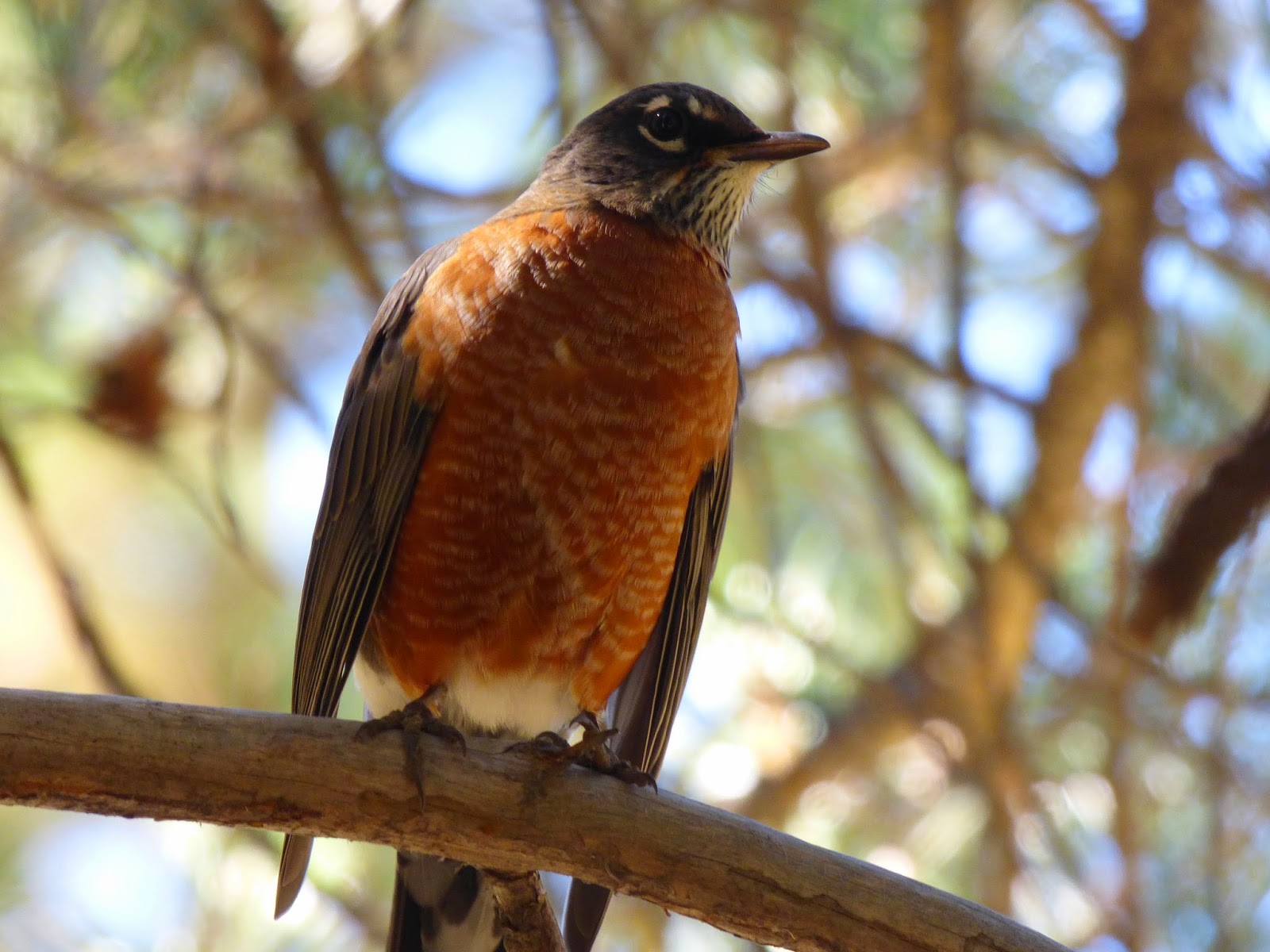 The Robin at Zumwalt Meadow seemed pretty fearless. It stayed right there on its branch until I walked away. It has to put up with a lot more in this area than the occasional house cat. There are foxes, bobcats, coyotes, hawks, and who knows what else. I imagine it will start moving down into the Sierra foothills before long. The leaves are turning up in Kings Canyon and the snows will be coming soon, assuming and hoping that the drought breaks.