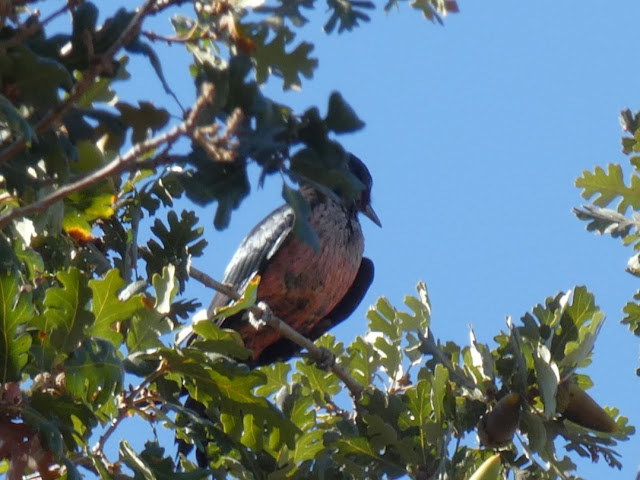 I had a real surprise on the Tuolumne River Parkway Trail the other day. Several birders (myself and fellow blogger Siera Nystrom) were lucky enough to see the first Lewis's Woodpeckers (Melanerpes lewis) ever reported on the trail. The Lewis's Woodpecker is more a denizen of the foothills and mountain environments, and are rarely seen on the floor of the Great Valley. It's possible they were following the river corridor downstream to better food sources. 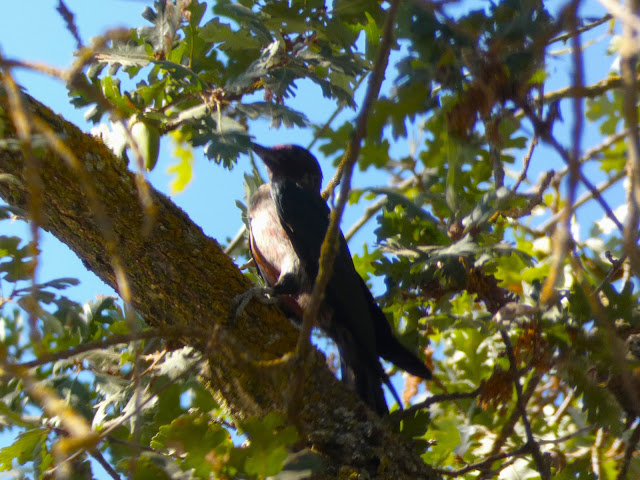 For being called 'woodpeckers', they don't seem to peck wood all that much, since they mostly eat insects that they catch on the fly, or nuts. They usually nest in hollows carved out by other woodpeckers. And their color scheme isn't all that woodpeckerish either, They have a dark green back and of all things, a pink breast. But they are interesting to see, especially when they are traveling out of their normal habitat. 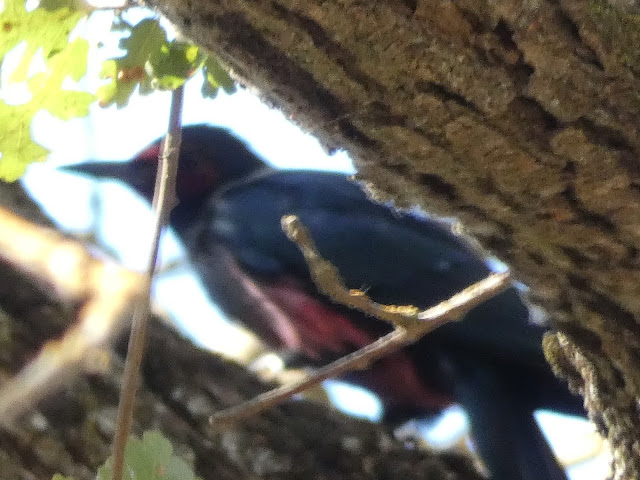 Of course, when you see a new bird, you'll be fumbling with your camera to try to document its presence, and indeed that was the case with me. They were constantly moving and I only got a couple of fuzzy images, but at least you can see the odd color scheme. I sensed this small flock was on the move, but if I see them again, I'll try to get a few nicer shots and add them in!
Posted by Garry Hayes at 11:10 PM