Killdeer Babies on the Tuolumne River! 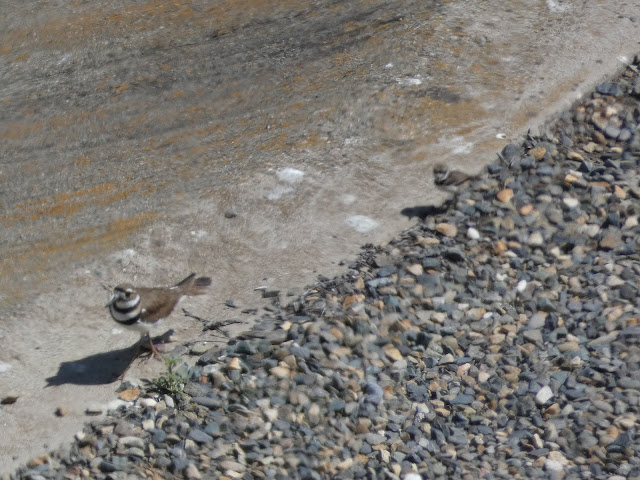 The pictures are not as clear as I would like, but you can see them! The Killdeer chicks were born this week! 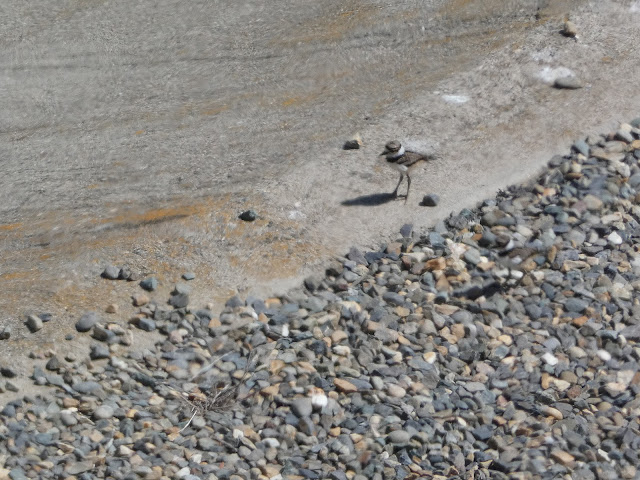 It's always a bit scary for the Killdeer mama (Charadrius vociferus). They love setting their nests on rocky open ground, and the only such ground locally is around the concrete margins of the Waterford sewage treatment facility. The gravelly surface is traversed constantly by maintenance trucks. I do know however that the employees are careful when they know a nest is present, as they will put a pylon out nearby to warn drivers. But there was no evidence that they had detected this nest, so I just worried for weeks as mama tended to the eggs.

Having nests out in the open like the Killdeer prefers is also perilous because of the threat of all manner of predators. There are cats, foxes, otters, and rats in the area, as well as kestrels and ravens. The Killdeer eggs are well camouflaged among the stones, and the bird is famous for its broken-wing strategy of distracting predators away from the nest. 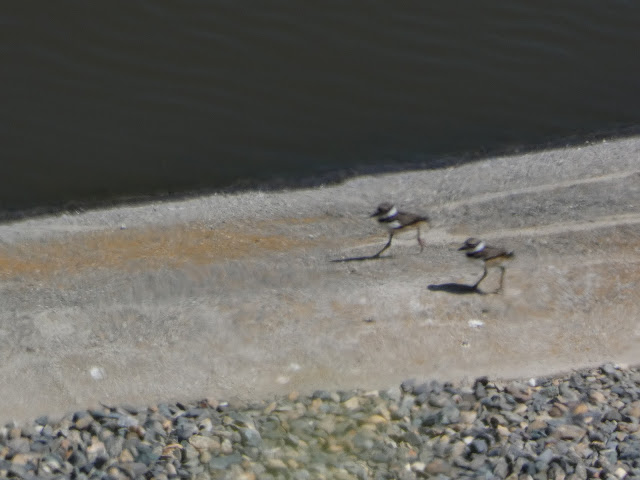 Still, I was distressed to see that the nest seemed to be abandoned in the last few days, and I worried, but today I saw the almost comically small killdeer chicks running around after their mother. 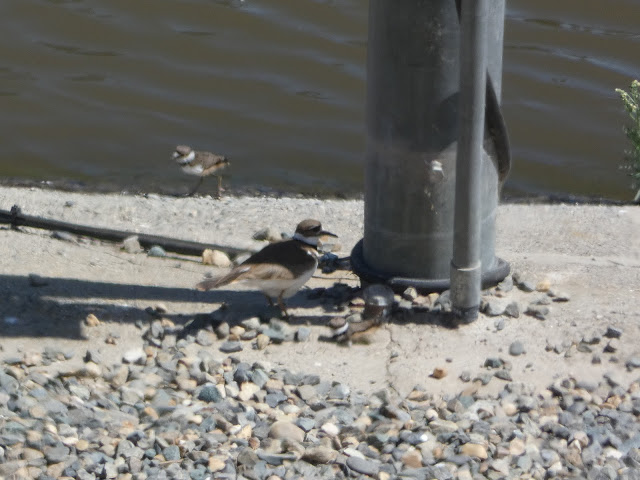