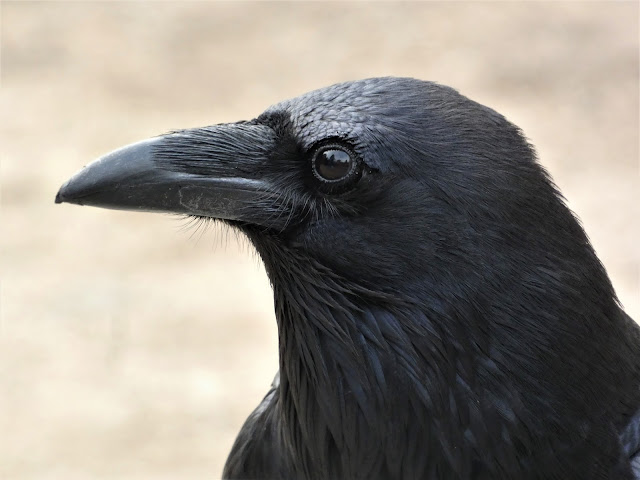 It's hard to imagine a more ubiquitous bird at my favorite national parks than the Common Raven (Corvus corax). No matter how harsh the climate, the bird has found a way to adapt. In the driest climate in the American West, Death Valley, the Raven has often been the only bird present. I've seen them in practically every environment I've explored. The birds have thrived alongside humans and are considered pests in a few quarters, but I've always admired their intelligence and creativity.

I was at Yosemite National Park this weekend and I saw dozens of them, but one stood out, the star in the picture above. It was at the edge of a meadow below El Capitan, and it allowed me to get some close shots before I realized it could care less about me and Mrs. Geotripper, because it turned out we were standing in front of a fast-food bag someone had left next to their car. As we moved on, the bird jumped down and started to work on the folded-up bag. It really wanted to know what was inside.

Instead of just tearing it open, the bird used its beak and foot to unfold the top. It started to remove and inspect the trash within one piece at a time, but it felt uncomfortable putting its head all the way in for the deepest bits. Once again, instead of tearing it open, it simply grabbed a corner with its beak, and turned the bag upside down, spilling the contents. It scored a banana peel and one or two fries for its trouble. The bird displayed a rather organized approach to getting to its goal.

Some would insist the bird was spreading garbage about, but really, the humans had done the garbage spreading. It was just making sure that none of the food inside was going to waste... 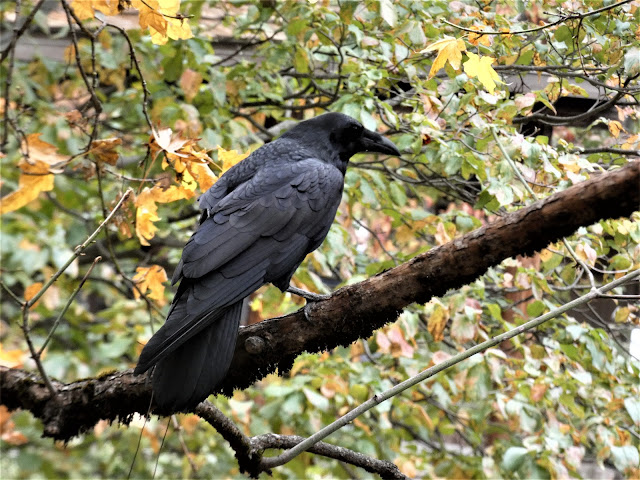