A Lazuli Bunting on the Tuolumne Trail! Only it's not lazuli.... 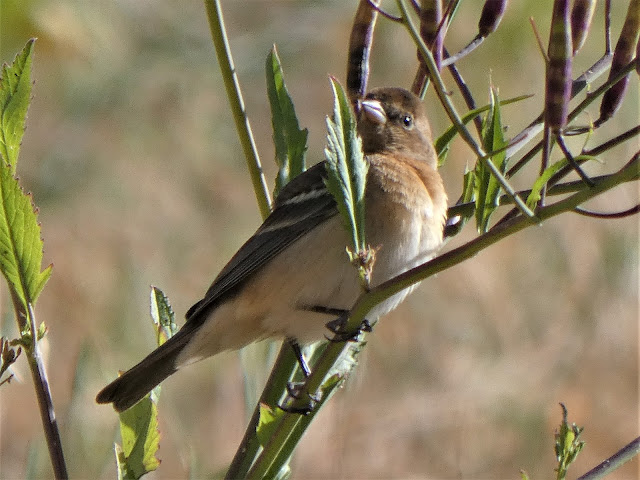 There are just a few birds that are the "Holy Grails" of my birding adventures. They are those birds that are both rare and incredibly beautiful that when I set eyes on one I catch my breath in the most literal sense. And then there is the fumbling about trying to focus enough to catch some record before the bird flies off. And today I saw one of them! It was a Lazuli Bunting (Passerina amoena), a bird so beautiful that it graces the cover of one of the most popular birding books.

But did my breath catch in my throat? Did I fumble around with the camera with excitement? Well, no, none of those things happened. In fact I didn't know that I had found a Lazuli Bunting. All I knew was that there was another "sparrow" on the grassy slope above me on the Tuolumne River Trail, and it looked a bit odd, and not like any sparrows that I'm familiar with. So I decided to snap a couple of pictures with the intention of figuring out which sparrow it was. 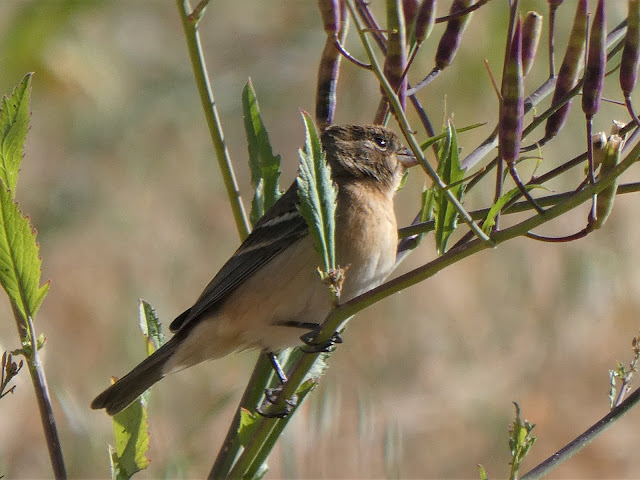 It wasn't until a few hours later when I downloaded the photos that I realized this wasn't a sparrow at all. You'd think I'd learn from earlier experiences, but no, I'm not like that. This was the more plainly-colored female Lazuli Bunting. I've seen them once or twice, but not enough to remember their appearance. But I got the ID, I got some nice sharp pictures, and I was happy and content.

Of course when I get on the trail tomorrow you know I'll be looking for that female's companion. I've included one of the few nice shots I've ever captured of the male below, so you can see why I love these little gems. It was taken almost exactly a year ago at Ceres River Bluffs Wilderness Park a few miles downstream on the Tuolumne River. 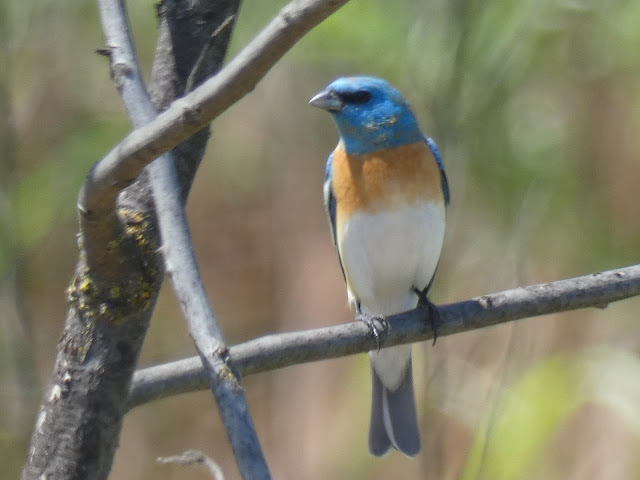