A Surprise at CSU Stanislaus: A Red-breasted Sapsucker 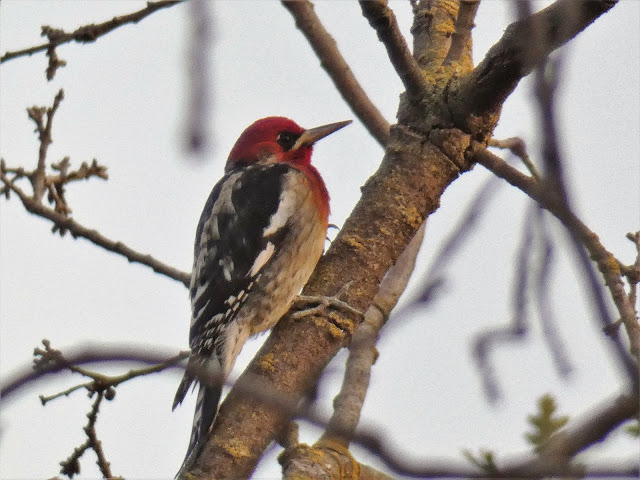 A few weeks ago I was in Yosemite Valley and saw a Red-breasted Sapsucker, and was properly thrilled to get a couple of half-decent shots. Since I've only seen them in the mountains, I wasn't thinking about them as I walked this afternoon on the campus of CSU Stanislaus. It's an urban campus of course, but there are two "sort-of" natural areas, a pond called Willow Lake that is heavily grown with cattails and tule reeds on one side. The other is the Trans-California Pathway, a kind of reconstruction of the native vegetation from the Sierra foothills to the valley. I was walking through the oak grove at the west end of the pathway thinking how I had not seen any woodpeckers in a long while.

And then I saw one!

I assumed it was the 'usual' Nuttall's Woodpecker or Acorn Woodpecker, but when I focused in I saw the red head and immediately realized it was something unexpected: a Red-breasted Sapsucker (Sphyrapicus ruber). They've certainly been seen in the area (especially by fellow nature-blogger Siera Nystrom), but not all that often. It was a nice little surprise for the day. 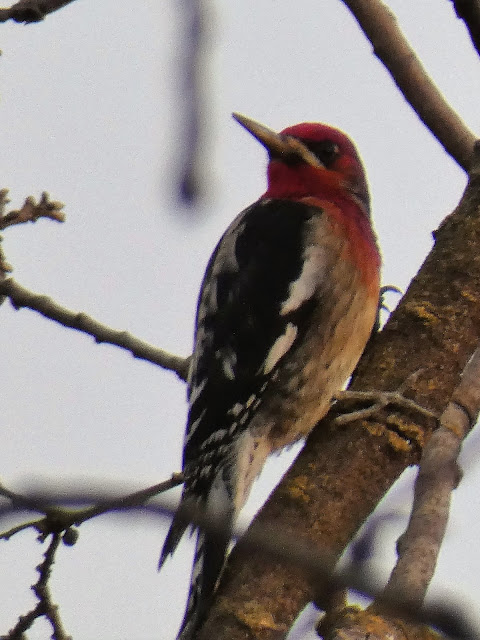