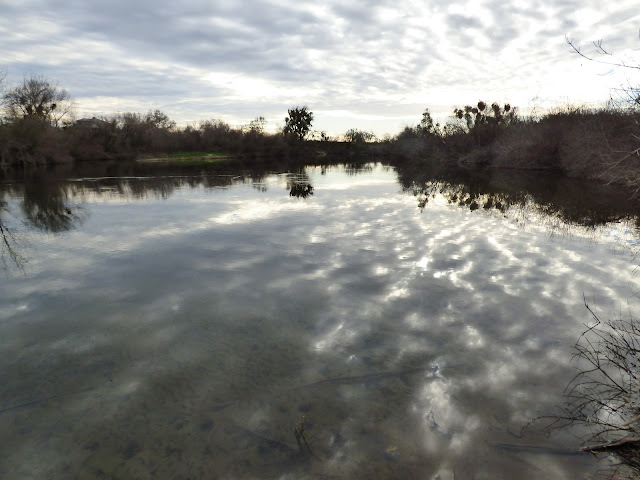 Many people who blog do so from a position of knowledge, i.e. they are already experts at something, and they are deigning to pass their wealth of knowledge to us, the unwashed masses. I might do that over at Geotripper, but here on my "hobby" blog, you are witnessing my education on birding in real time. In no way would I call myself any kind of expert, but I do enjoy photographing these little creatures and sharing with you what I learn (and I know I have gotten things wrong; I keep waiting for an expert to go through my old posts and send me corrections!). In any case, I'm carving out a little niche of the county as my "territory", and that is obviously the Tuolumne Parkway Trail that follows the river through Waterford. Lately I'm trying to be a bit more disciplined about recording bird species and reporting them to eBird. It is one of the less traveled places in the county for birders as the trail only opened in the last two years. Several experts have made a number of reports, most notably Siera Nystrom of the great blog Natural History Journal, but with 85 noted species thus far, I know the potential exists for a great many more discoveries (our county has recorded more than 300 species after all). 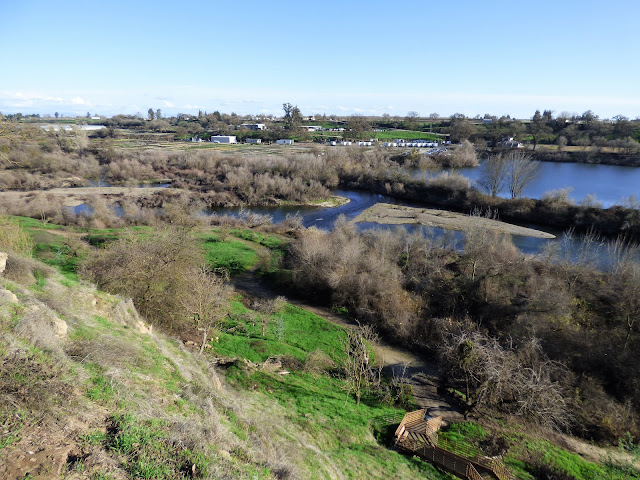 The Tuolumne River Parkway Trail follows two miles of the river from Appling Park and the River Pointe housing development west to a stairwell that climbs the bluff to Reinway Park. The trail was dedicated in 2016, and from a birding perspective, it offers a wide variety of environments in a short distance. The stretch of river is part of the transition from the Sierra Nevada foothills and the floor of the Great Valley, and as such provides an avenue for the flow of species from the mountains to the valley and vice versa. The town of Waterford (population around 9,000) lies above on the bluffs over the river, providing a constant flow of urban bird species. The river itself is a rich riparian habitat with occasionally dense thickets of willow, cottonwood, native fig tree, non-native Tree of Heaven, and some tremendous old Valley Oak Trees. Ponds left over from the gold-mining and quarrying days provide a lake environment for geese, duck, and even a couple of swans. And, as gross as it might seem but isn't, the water treatment plant for the town provides another pond-like environment (the richest species habitat in all of Stanislaus County is the sewage treatment plant for Modesto, with more than 200 species). All in all the potential exists for the discovery of the many more species in coming years. 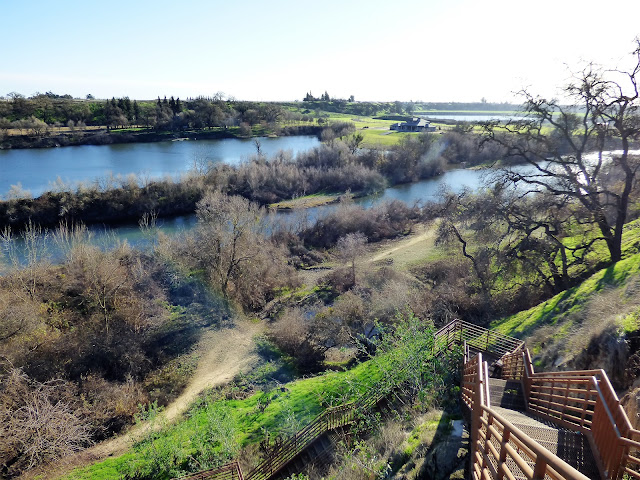 Geologically, the river cuts through a series of layers exposing evidence of ancient rivers and volcanic eruptions, as well as periods of increased water flows during the more recent Pleistocene ice ages. It was the cessation of glaciation that allowed the Tuolumne to carve down through the older sediments producing a series of bluffs as much as 80 feet high. These bluffs protect the city of Waterford from floods.  On the other hand, when floods do happen, the river is constricted and covers the floodplain under many feet of water, sometimes for months, as was the case last year during our record precipitation year. Trees and shrubs were torn out and left in gigantic brush piles. Sediments were redistributed across the valley floor. 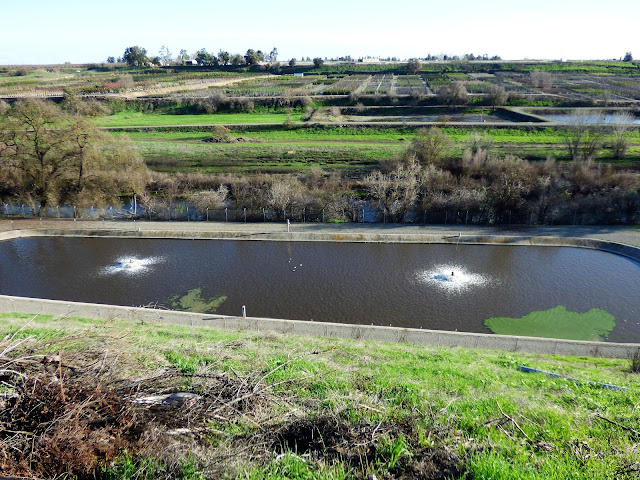 The Gold Rush of the 1850s had a profound effect on the river as vegetation was torn out and river sediments were processed for the yellow metal. The natural channels disappeared, and critical fish habitat was destroyed. Later on huge quarrying operations removed vast amounts of sediment leaving behind the ponds mentioned above, fed by groundwater, and often stagnating during hot summer weather.

In the modern era, including most of the nearly thirty years that I've lived here, the river was mostly ignored, hidden behind private property lines. The bluffs were used as a dumping ground, and there was little recognition of the little treasure in the midst of our community. It wasn't until the last decade that the idea grew to construct a public trail along the river and the city sought and received grants to build the pathway. It's been a success, as people can be found fishing and jogging/hiking along the river all the time. 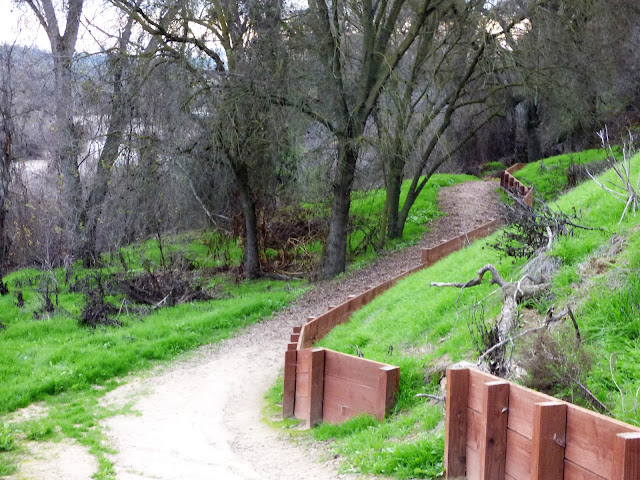 I hike the trail three or four times a week, getting some much needed exercise, and building a list of bird observations as well as the other creatures that call the river home. Officially I've seen 55 species (the ones I've so far reported), but the actual number is more like eighty. I've also seen and photographed Red and Gray Foxes, River Otters, and Raccoons, and I'm waiting to sight the California Golden Beaver that's been chewing up trees at my favorite sitting spot. 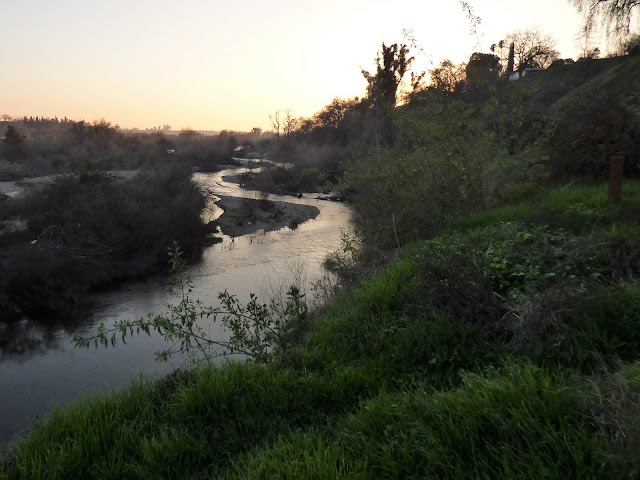 If this post seems a bit different than the usual, it's because I realized the margin information on the blog hadn't been updated in a long time. When I started the blog in 2014, I made most observations at school, or in the pastures near my house, since I didn't have access to the river. That's changed now in a big way, and most of the birds I report on are on or near the water.