Spotted Towhees from All Over 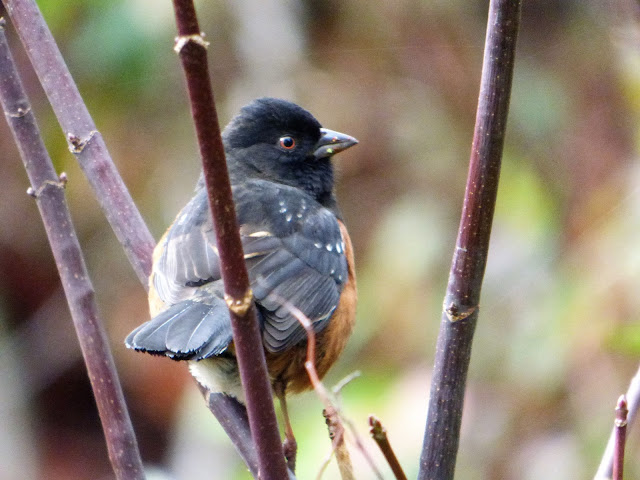 Spotted Towhees (Pipilo maculatus) are beautiful colorful birds that I've seen a fair number of times, but I've found them difficult to photograph. Most of the time it is because they are foraging in thick underbrush, and they never seem to sit still. A case in point: I got a nice shot of the Towhee above at Silver Lake near Mt. St. Helens in Washington at Christmastime. But it never turned around to show its colorful breast. 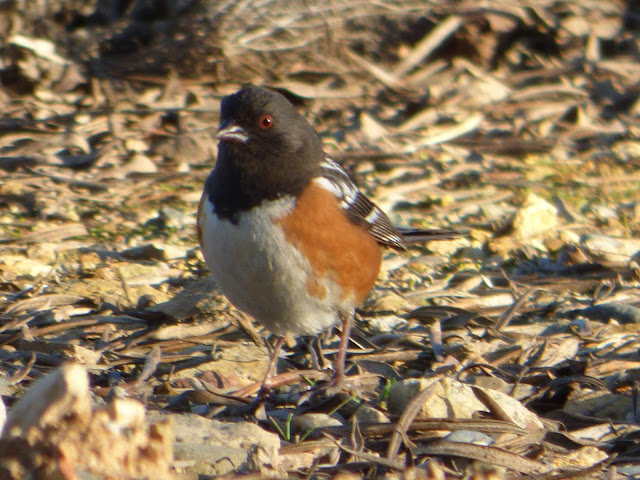 Then, I was at Don Pedro Reservoir on the Tuolumne River to take a look at water levels prior to the big storms of last week (which also explains why no birds for two weeks; I was distracted by events being posted at Geotripper). There was a Towhee in the parking lot foraging for seeds or bugs. I got a shot of the bird's front, and a video as well. But no side shots! 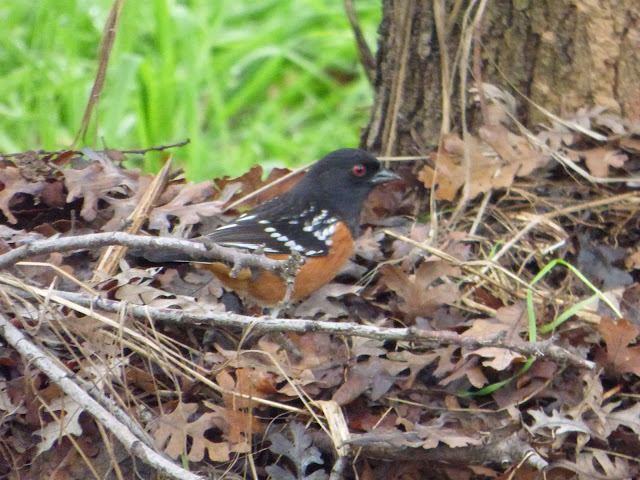 Finally, I was out on the Tuolumne Parkway Trail today for the first time since the storms began, and I saw another Towhee foraging in the open. I got the side shot I wanted, so I was finally able to cobble together this post, from three different locations and with three different birds.