In all of the excitement of seeing the Bald Eagle yesterday, we almost missed another. While we were parked and snapping pictures of the adult, Mrs. Geotripper spotted another really large bird flying away off to our right.  She wondered if it was a vulture or some such, but it was flying in a very stable fashion (vultures tend to tip back and forth a bit while they soar). It landed a short distance away so we crept forward to see if we could get some pictures. As usual, Mrs. Geotripper got the best shot (above). 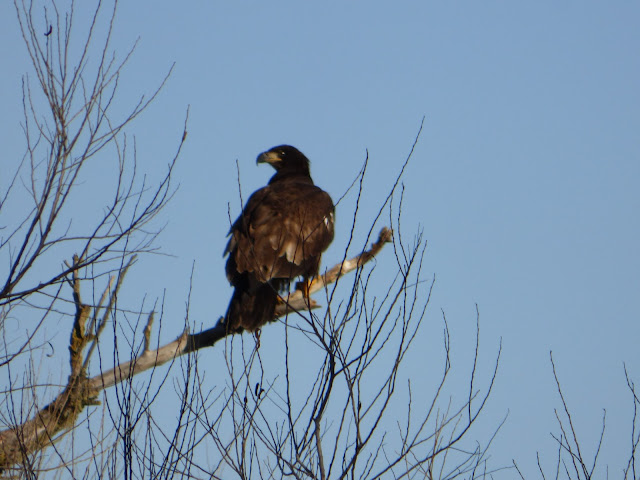 The Bald Eagle (Haliaeetus leucocephalus) is of course the national bird of the United States, and it seems ironic that we just about killed it off, as the state of California did with its mammal, the California Grizzly Bear. The eagles were hunted, for one, but they were also poisoned by DDT. Their numbers plummeted in the middle 1990s, but the ban on DDT and their listing as an endangered species allowed their numbers to recover. I fear we are entering another dark age, as the politicians who are taking power in a few weeks have stated their opposition to both the Endangered Species Act, and the control of poisons in our environment through the Environmental Protection Agency. We have so much to lose. 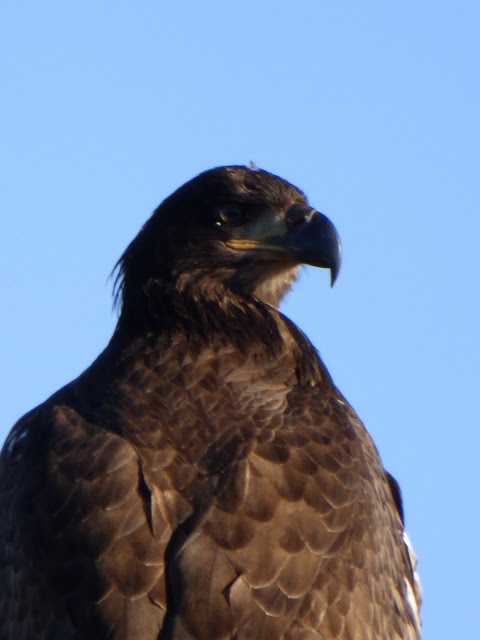 A short postscript. Mrs. Geotripper reminded me that I took a short video of the eagle! Here it is: