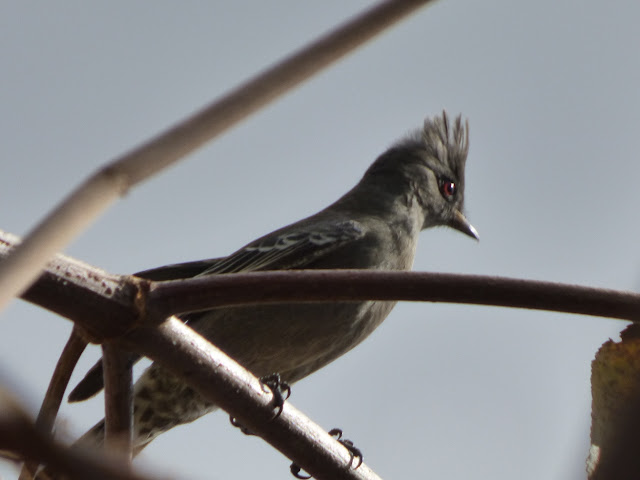 This is a bird of the tropical southwest deserts, and as such is pretty close to the edge of its northernmost range here along the Tuolumne River. The Phainopepla (Phainopepla nitens) is not uncommon in our region, but until last week I had never seen one here (I've seen a few near Death Valley, at a great distance). I was standing quietly underneath an Elderberry bower and actually saw four species in the space of a few minutes. This was the one that surprised me the most. I didn't even recognize it right away, even though the crest on the head is very distinctive. I think of Phainopeplas as being pure black, but that is the color of the males. 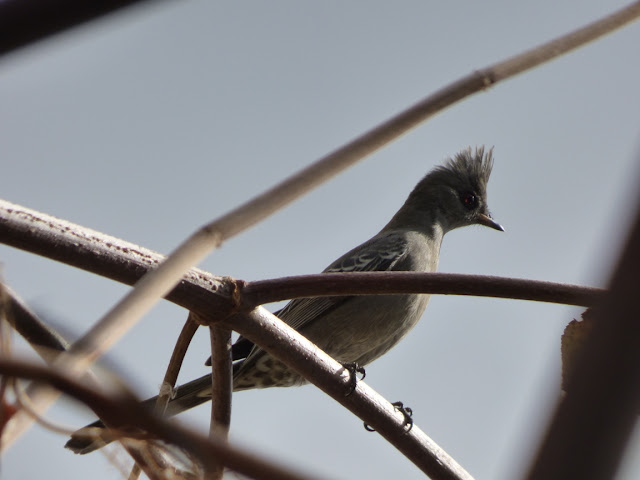 The preferred food of the Phainopepla is mistletoe, and from it they derive not only their carbohydrates, but also their water. They rare drink any. The birds play a role in spreading mistletoe, as the sticky seeds can be transferred by their feet. This symbiotic relationship is great for the bird and the mistletoe, but not so much the trees.

It's been a great year for mistletoe on trees across the state, and with global warming, I would not be surprised to see these birds expanding their range to the north. We can do without the drought and hot conditions, but seeing more of these grand birds wouldn't be so bad. 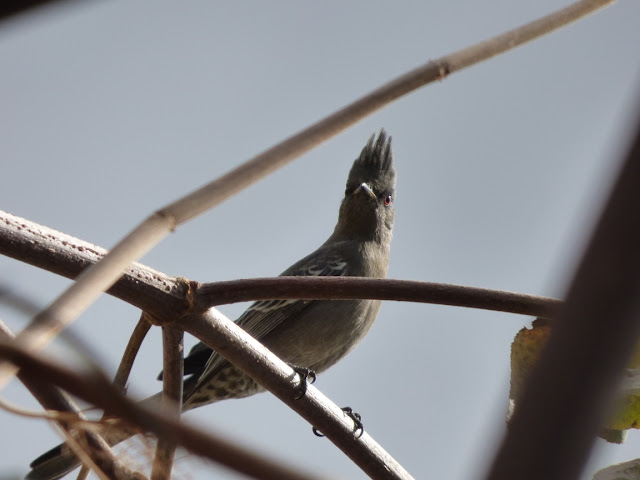