Bird of the Day: Phinally, a Phainopepla! And a Phemale Too! 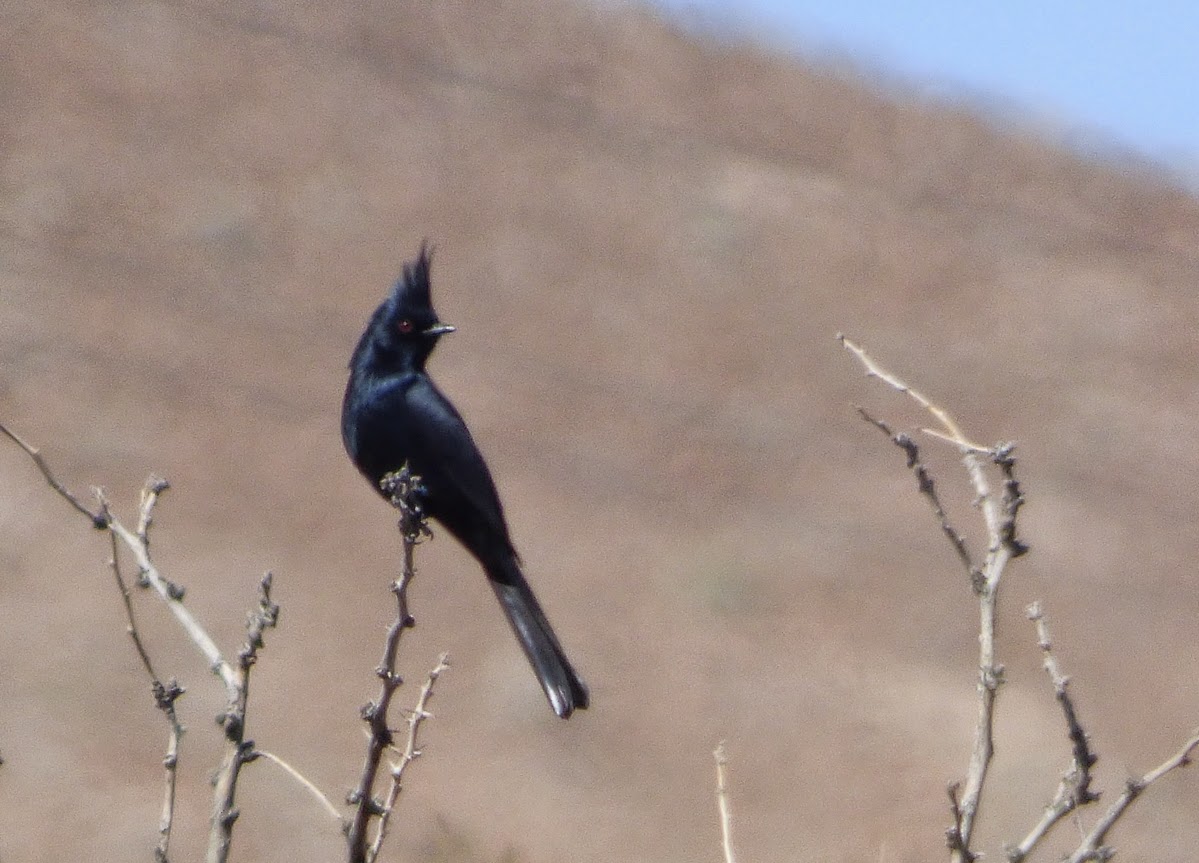 It's a little bit phuzzy, but I phinally got a phew pictures of a Phainopepla! Your bird-brained host blogger has been traveling in some isolated country the last few days, but I'm finally back on the internet today. There are some pretty nice bird habitats in and around Death Valley National Park, but we saw few birds during our journey, mainly Ravens, House Sparrows, and a few House Finches. It was a little worrisome to me. Death Valley has a surprising amount of water in the right places, and there should have been more activity.

Just the same, we made a short gas and restroom stop for the students at Shoshone, California, a small village just east of Death Valley National Park. Despite the dry desert conditions, the area is a marshy oasis due to groundwater being forced to the surface. The spot is used as a stopover spot by migratory birds, but there are year-round residents as well, and one of them is the Phainopepla (Phainopepla nitens). It is a member of the silky flycatcher family, and is the most north-ranging of the group. They have been recorded in my area of the Great Valley, but I have yet to see one there. 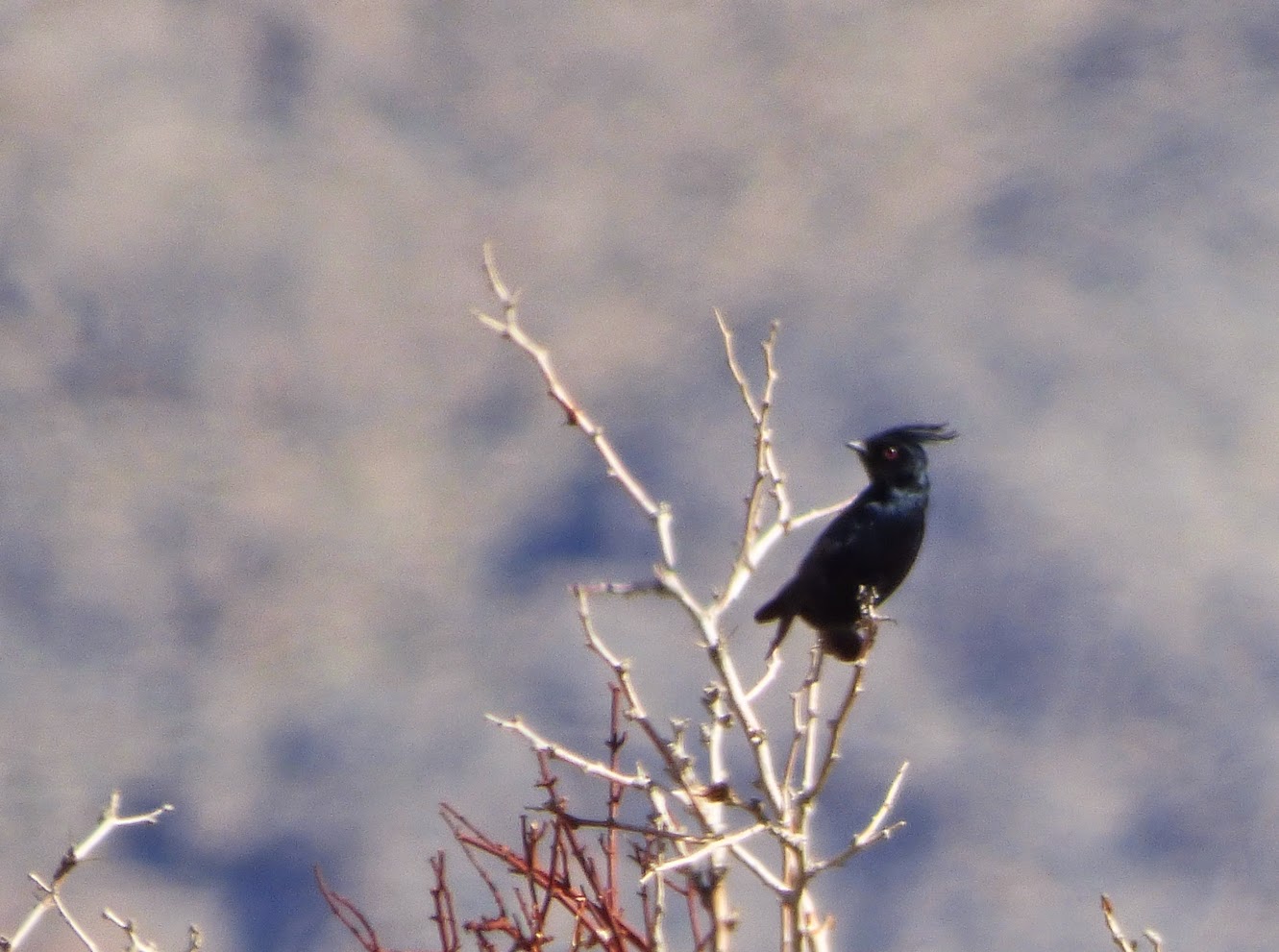 Shoshone has several signed bird trails, and I really need to find some time to roam there more freely. I literally had just ten minutes to get these pictures, which may explain their fuzziness. The birds were keeping their distance from the manic looking guy with the camera who was running and snapping pictures at the same time!