Red-Necked Grebe in the Siuslaw River Estuary at Florence, Oregon 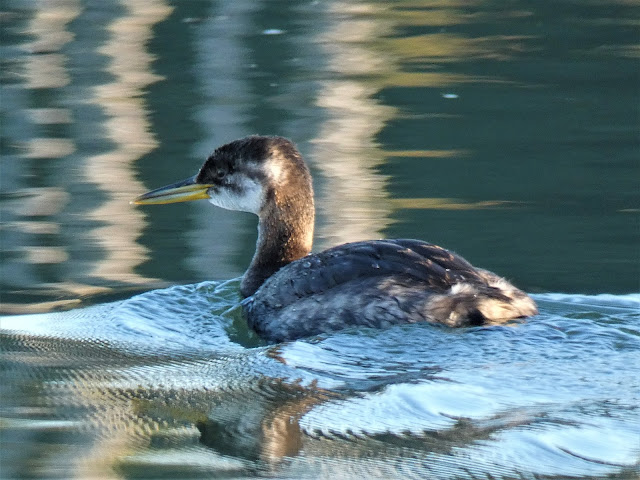 Thanksgiving is not one of the times that I expect to see a great many birds. I'm usually traveling through the Cascades and Siskiyou Mountains in winter-like conditions, and this year was no exception. But then I arrive at my destination on the Oregon coast at Florence, and I have better luck. Florence lies along the estuary of the Siuslaw River. A lot of birds winter in the region where temperatures are more mild. The waters of the Pacific moderate the local conditions. 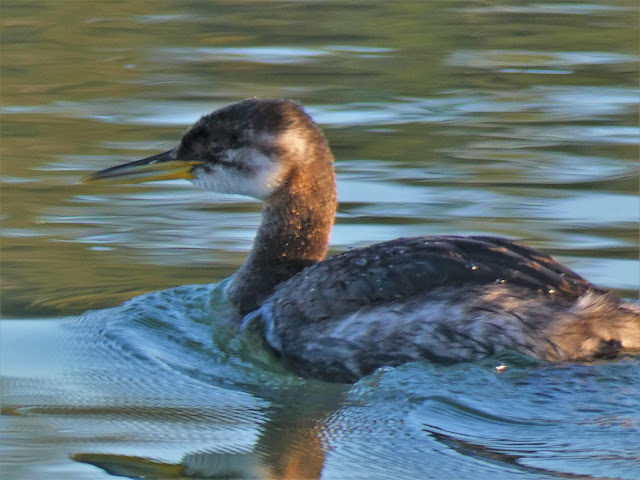 I saw some interesting birds over the holidays, but the last night I was watching the gulls and Buffleheads near the marina when I saw I different bird. I got pictures and realized I had come across a new bird for me, a Red-necked Grebe (Podiceps grisegena). It's a bird I have little chance of ever seeing back home. The last time anyone saw one in my county was in 2008. 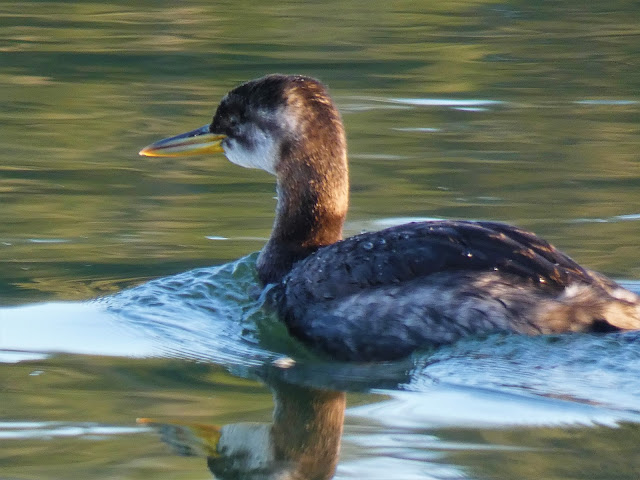 Red-necked Grebes breed far to the north in the Arctic, but spend winters along the coast as far south as the LA/San Diego coast. They eat fish, amphibians, and invertebrates.

The Siuslaw River rises in the Coast Ranges of Oregon and flows 110 miles to the sea. The river is not particularly large, but it has a huge estuary that is influenced by the tides as far upstream as 26 miles. The lower river has miles of wetlands that provide critical habitat for birds and other wildlife. It is one of few Oregon rivers that is undammed, but logging has had a huge effect on the health of the river. 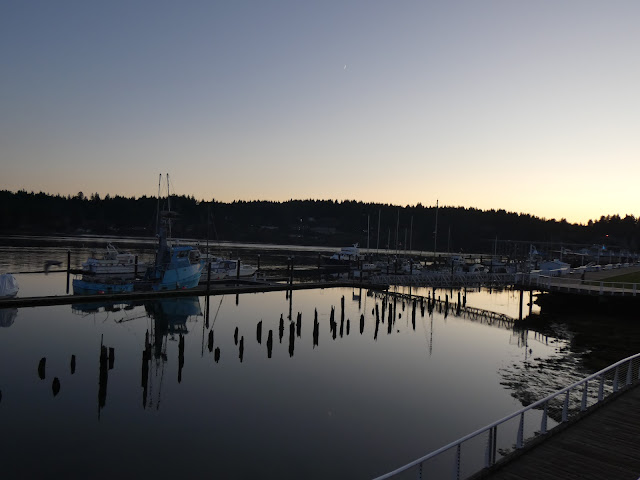