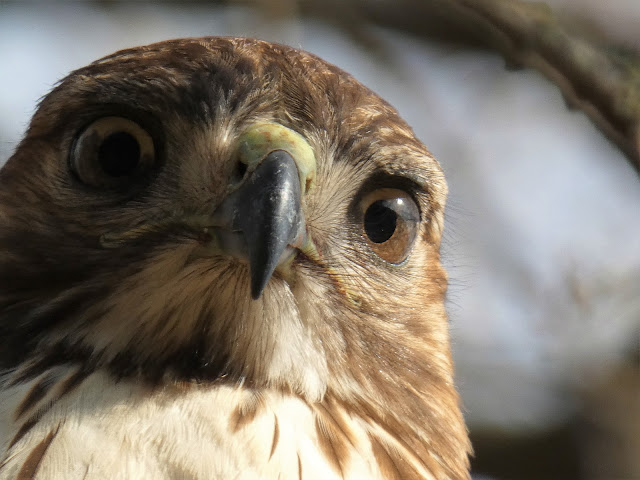 I don't know what to make of this. I rarely get all that close to Red-tailed Hawks (Buteo jamaicensis) on my travels. When I've gotten close-ups, it was because I was in my car at a wildlife refuge, in essence from a movable blind. When I'm on foot, they tend to give me a wide berth, spooking and flying off long before I approach. And they're usually perched up high, on telephone poles and in the highest trees. 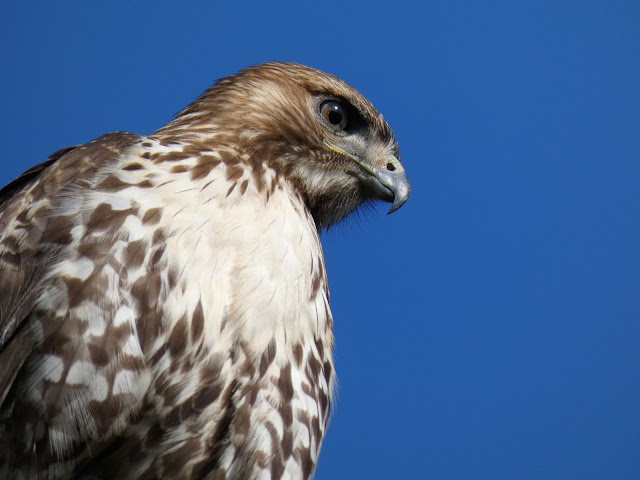 But for the last three days that I've walked the Tuolumne River Parkway Trail, there's been an individual hawk (or several, I can't be sure) that has been perched close to the trail, and who really didn't care that I was there. It was great to get these two shots (above and below) on the first day... 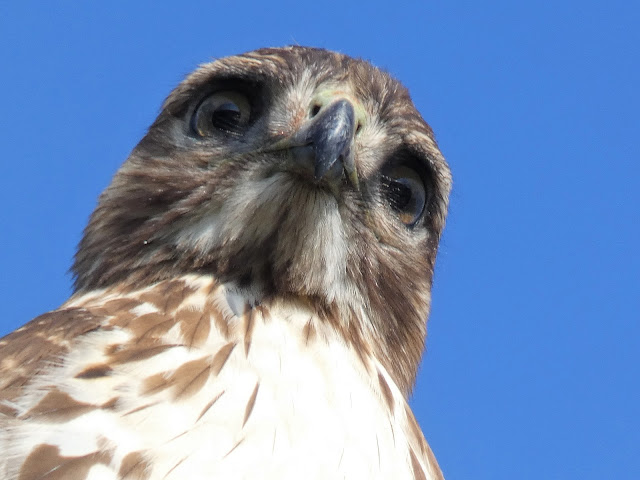 But the next day, on New Year's morning, it happened again! It was perched just fifteen feet or so above the trail on one of the old snags. And it watched patiently while I took pictures again. 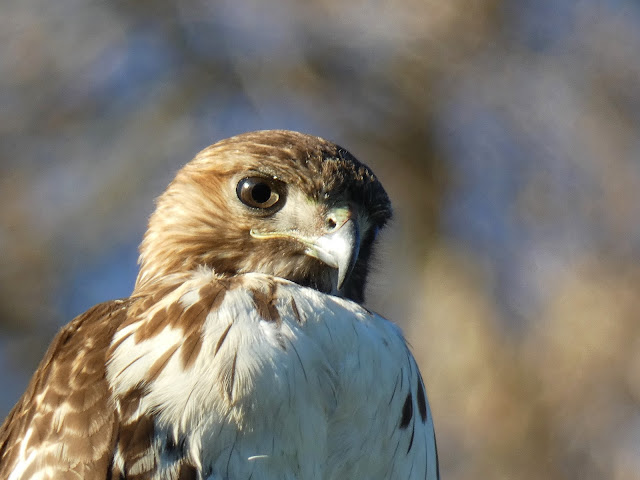 In some of the pictures I could see flecks of blood from its last meal. But today was the most unusual. I saw the bird perched in one of the oak trees just ten feet above the trail. I had to walk by if I was going to get anywhere and I assumed that it would fly long before I approached. But it didn't. It just watched me as I padded closer and pulled up my camera. I was moving slowly of course, but I was amazed that it just watched me. I got the opening picture of the blog, and the one below. And the bird never moved. 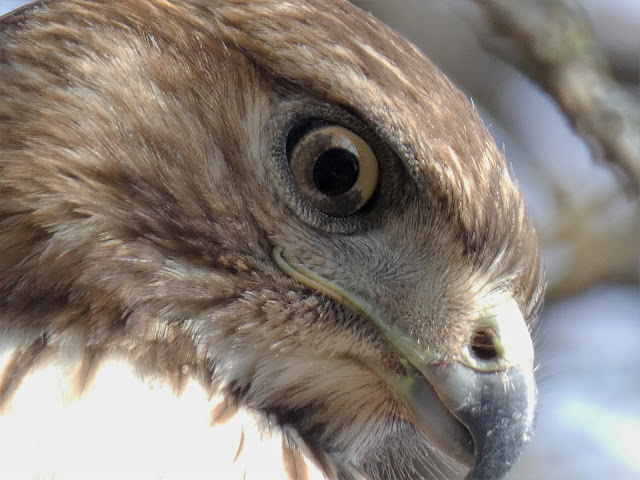 It's hard to imagine getting any closer to a wild bird (without getting really scratched up). But that was the way of it. I know other people walked by without spooking it (but they didn't notice the bird either), but I'm still curious why this one didn't flee. It would be nice to know that it's seen me on the trail so many times that it doesn't see me as a threat anymore, but that seems unlikely. Then again, maybe it's thinking "If I could lure that one in, I wouldn't have to hunt again for a couple of weeks..." (cue the Jurassic Park dinosaur attack theme...). 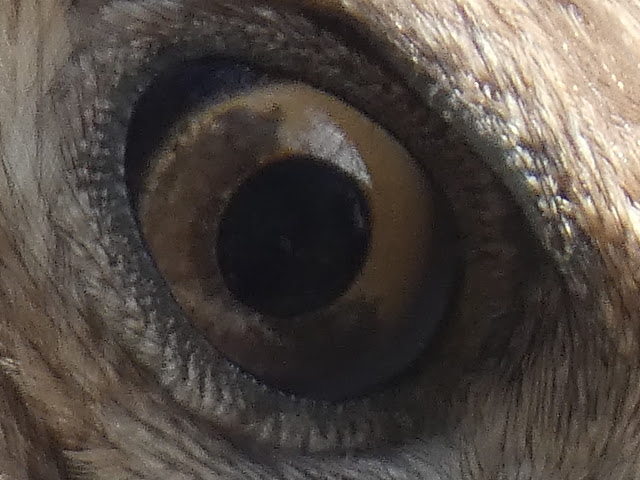