A Minor Explosion of Yellow and Orange: Black-headed Grosbeak on the Tuolumne River 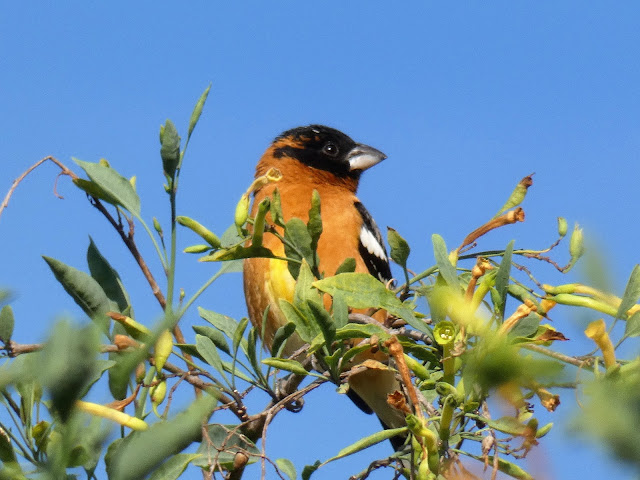 The tropical migrants have been arriving in our region this month. There has been a major uptick in the numbers of brightly colored yellow and orange birds along my daily walk on the Tuolumne River Parkway Trail. They are some of my favorite of all birds. So here's the thing: I had a confusing couple of moments this morning because of a minor explosion of orange and yellow. 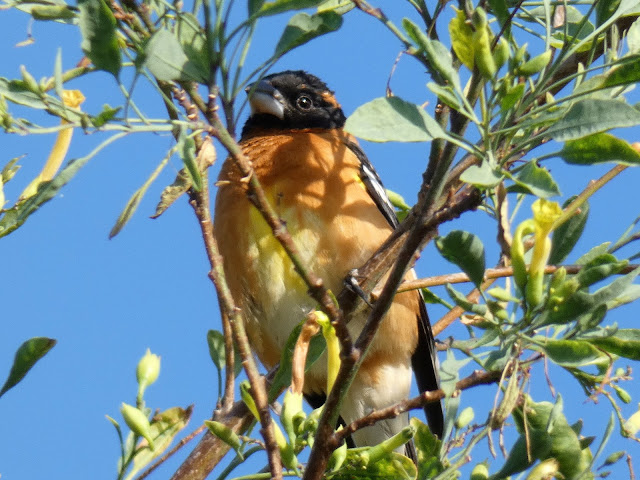 Other birders along the trail have reported two birds I would really like to see: a Hooded Oriole, and a Varied Thrush. So I was watching carefully for any signs of yellow or orange birds up in the oak trees that line the Parkway Trail. And I saw those colors. The first bird was way up on the bluff, so I snapped a pair of pictures for identification purposes, thinking it was a Bullock's Oriole that I saw up close a few days ago (see the earlier pictures here). Upon inspection later, I found I had taken a picture of a Western Tanager! They have only been seen in the region a few times thus far (I may post the picture in another post). Then, I saw another yellow bird in the Wild Tobacco Plants along the road to the water treatment plant, and it proved to be an actual Bullock's Oriole (also a possible future post). And then, I saw ANOTHER yellow and orange bird only a few feet from the orioles, and I assumed it was yet another. But as I started snapping pictures, I realized it was something entirely different... 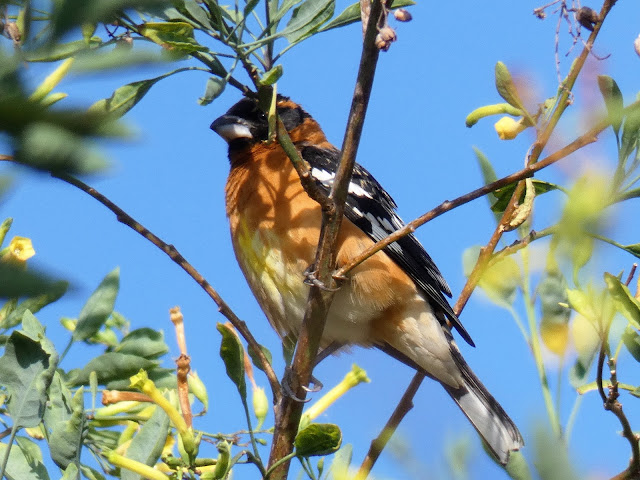 It was a Black-headed Grosbeak (Pheucticus melanocephalus) which I've seen twice before along the river trail, but the individuals that I saw were females, and far more drab, and my pictures were a bit fuzzy (see them here). The Grosbeaks spend winters in Mexico and travel north into the western  United States to breed. 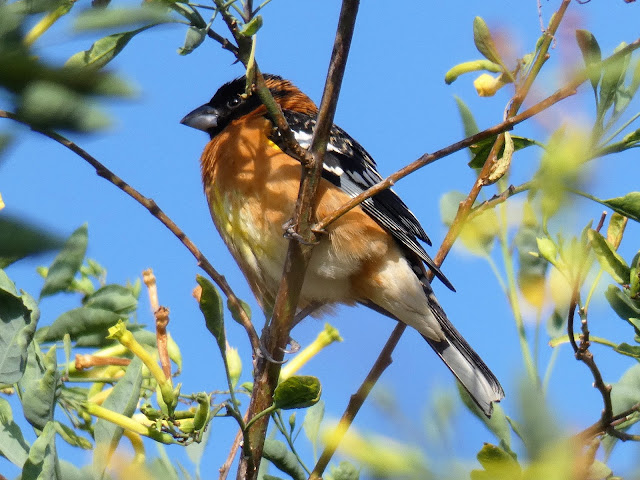 So the explosion of yellow and orange birds continues. I'm still looking for that first sighting of a Hooded Oriole for this year, the first sighting of a Varied Thrush ever (for me) on the trail, and better pictures of the Western Tanager. There's always a goal!