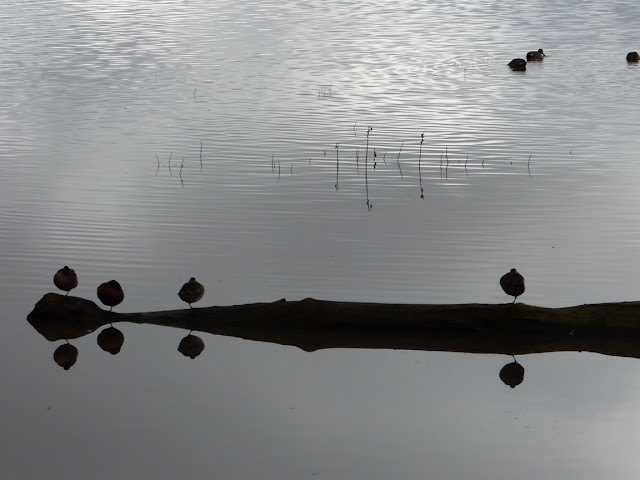 The Sacramento National Wildlife Refuge near Williams in California's Great Valley is a serene place at times. If you are in an area where the Snow Geese are roosting, it can be raucous and loud. But if they're off in some other part of the refuge, the scene can be peaceful and quiet. A lot of birds will be spending their time resting. 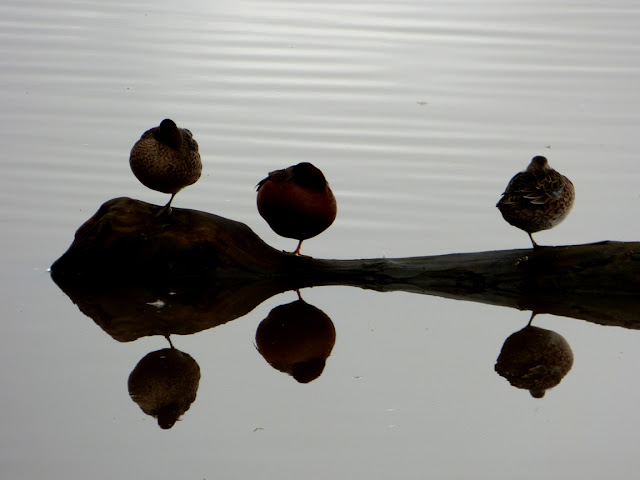 The Cinnamon Teal (Anas cyanoptera) is making a first appearance here at Geotripper Birds. We saw quite a few of them at the "park and walk" area on the southeast corner of the autotour. The males are a striking shade of, well, cinnamon, with fiery orange eyes. 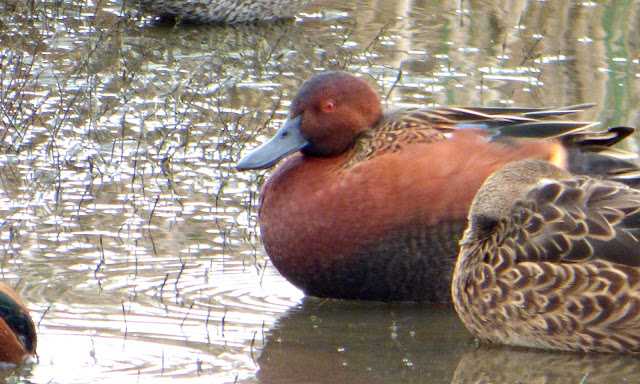 The Cinnamon Teal has an interesting range. In summer, they are found across the entire American west from Texas to British Columbia. They migrate into Mexico for the winter, although year-round populations are present in central California. There is an entirely separate population in South America, mainly in Argentina. 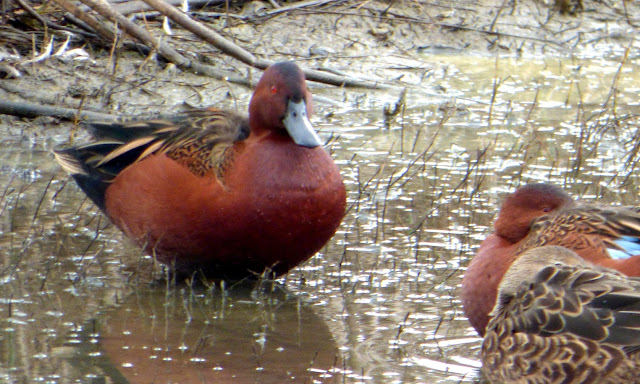 The Cinnamon Teals are dabbling ducks, tipping into the water to get at vegetation and insects. Their numbers are not known, although they are common enough to be hunted regularly. The Cornell Bird site suggests that their numbers have declined in the last forty years, which is not a surprise, given the loss of wetlands across their habitat. 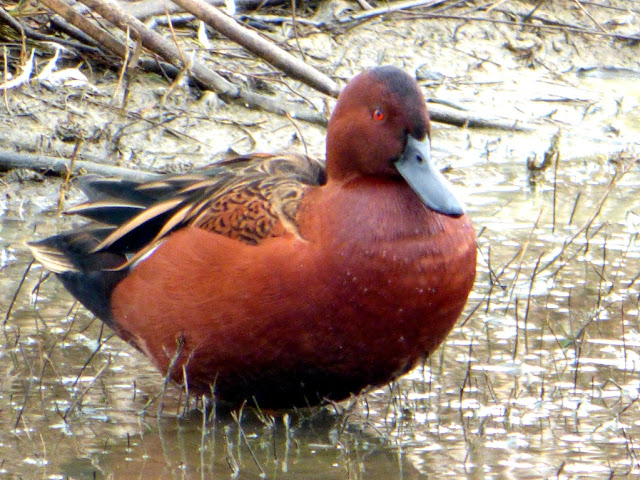 I'd like to know what these two were arguing about... 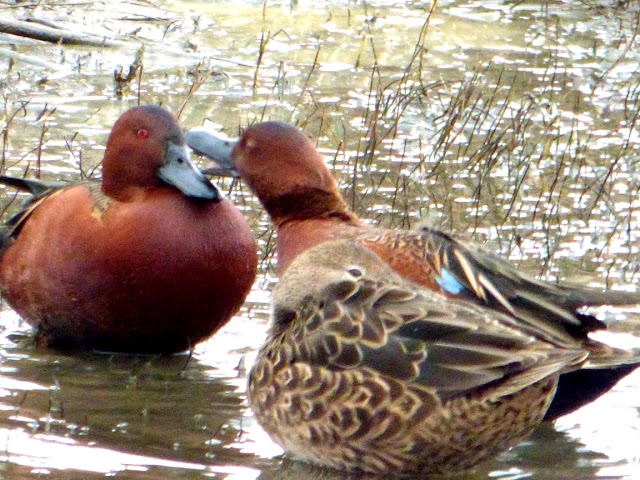 Our day was rich with ducks, so look for more pictures soon...
Posted by Garry Hayes at 7:05 PM