Away from the River Too Long: Nuttall's Woodpecker on the Tuolumne 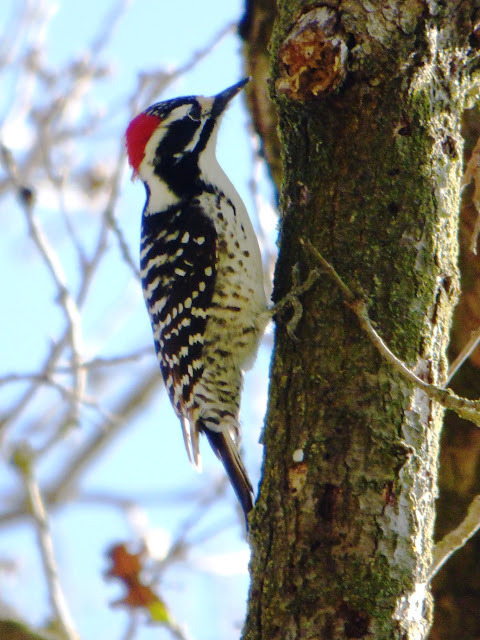 A combination of extensive travels and orthopedic problems have kept me away from my own backyard wilderness along the Tuolumne River. It's been a month or more, so I headed down today to see how the spring bloom was progressing.

I saw more than the normal number of birds, including a first time sighting of this one, a Nuttall's Woodpecker (Picoides nuttallii). I've seen them in the area, but not on the river before. Nuttall's Woodpeckers are very nearly one of the few California endemic species, with a range that extends just over the Mexican border (1% of their population lives there), and maybe just a little bit into Oregon. They prefer the oak woodlands that are so prevalent in the state, although they don't eat acorns. They're usually chasing down insects, and occasionally some fruits. 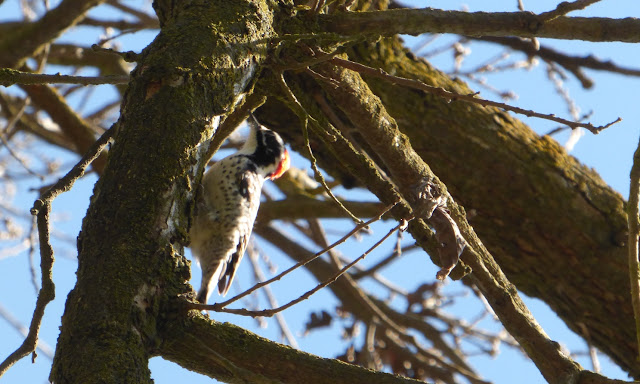 The River Parkway Trail is "nearing completion" as they have been saying for months now, but it is walkable, and spring is beginning. Some of the nut trees are reawakening, and the grass is knee-high. A few flowers are starting to appear here and there. It was a delightful return to strolling along the Tuolumne River. 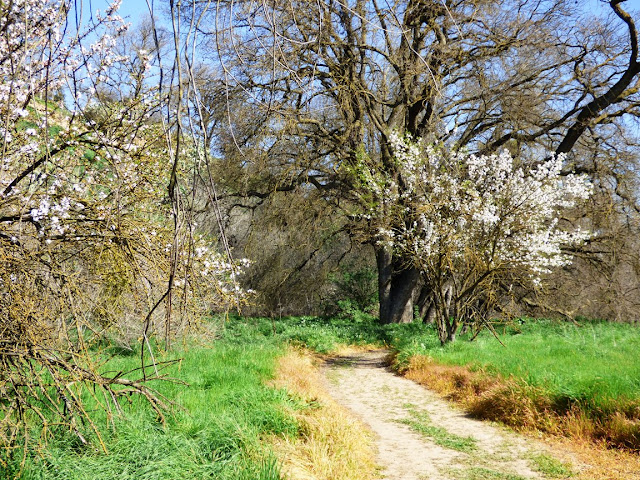