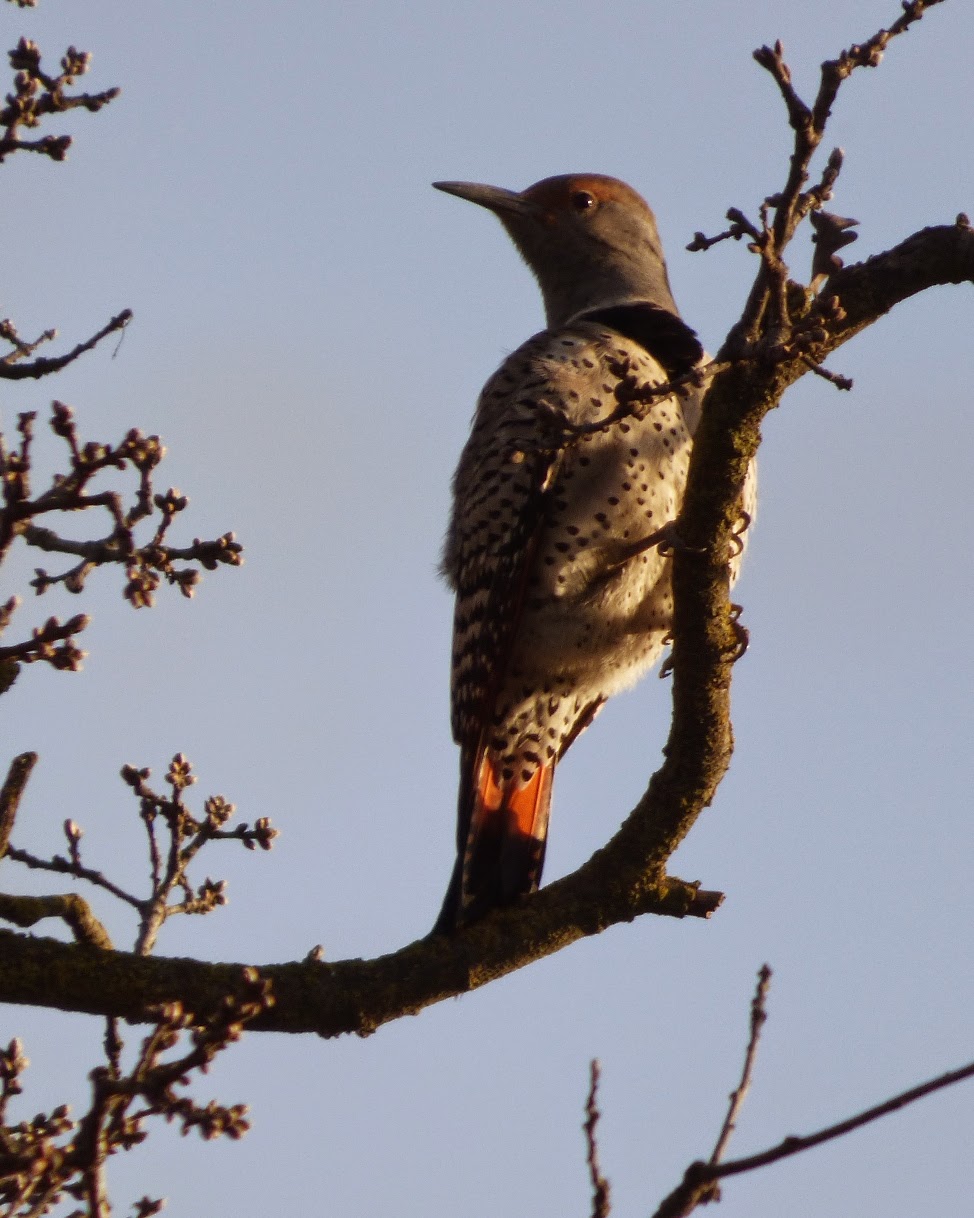 I was back down at the future river park on South Reinway Avenue, where the bluff overlooks the Tuolumne River. I've seen more than twenty species of birds in my few trips so far, and added two more today. But every time I've been down there, I've seen a Northern Flicker (Colaptes auratus). Today there were two of them, a male and female. 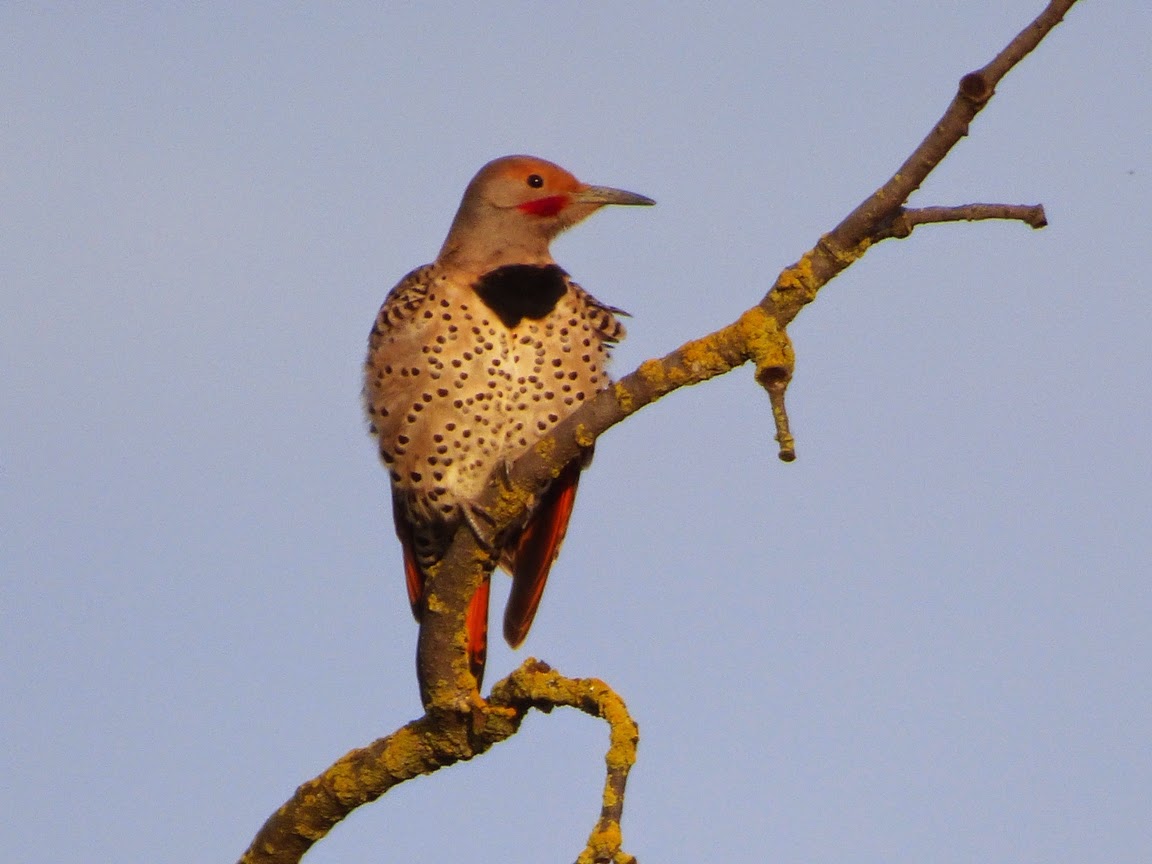 The males have the red cheek spots, and the females don't. I didn't see them interacting, as they were on opposite ends of the park property. 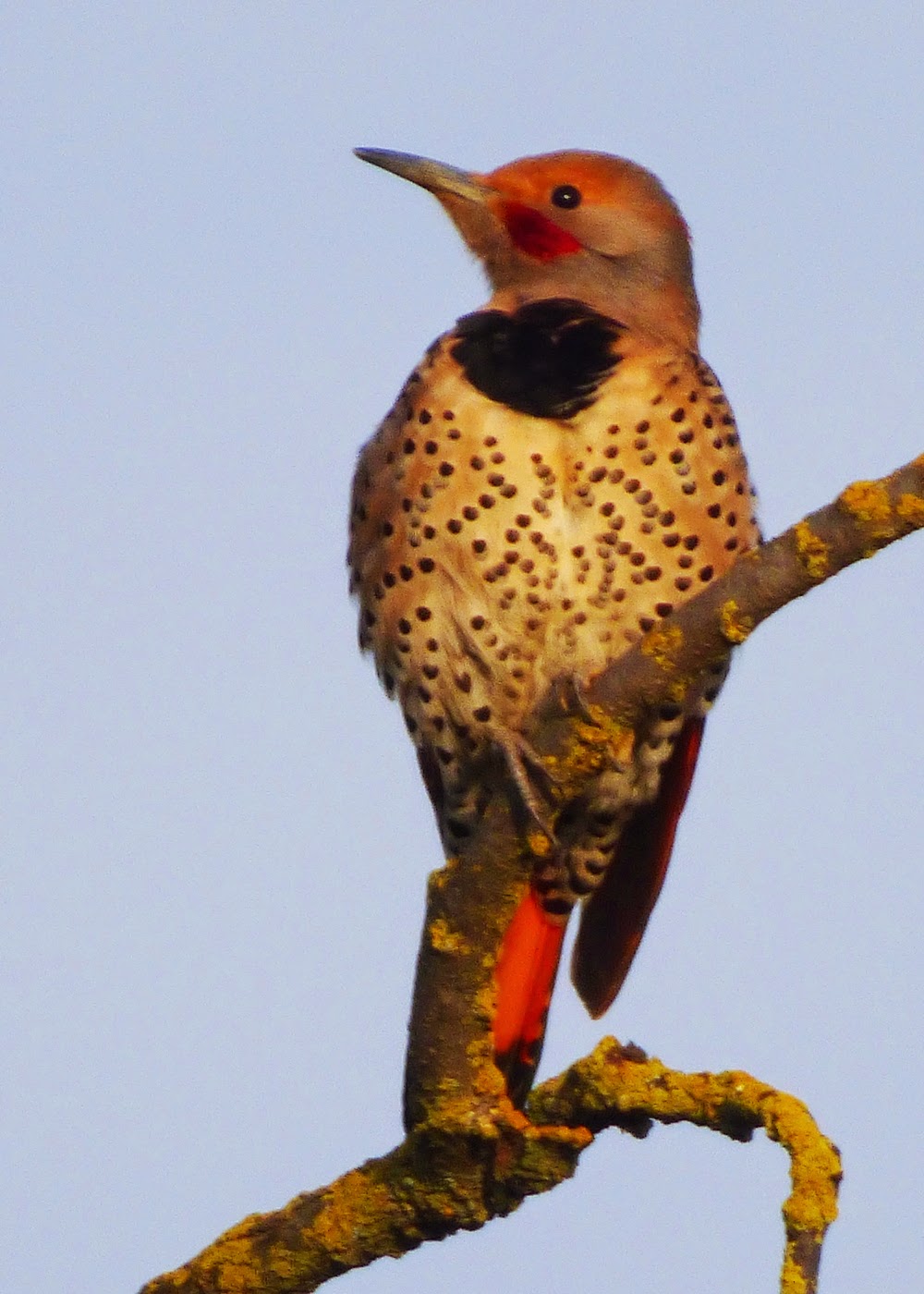 The Flickers are woodpeckers, but they don't search for much of their food in trees. They mostly consume ants and other insects on the ground (note the behavior in this previous post). They will peck at the ground in the way other woodpeckers peck at trees. 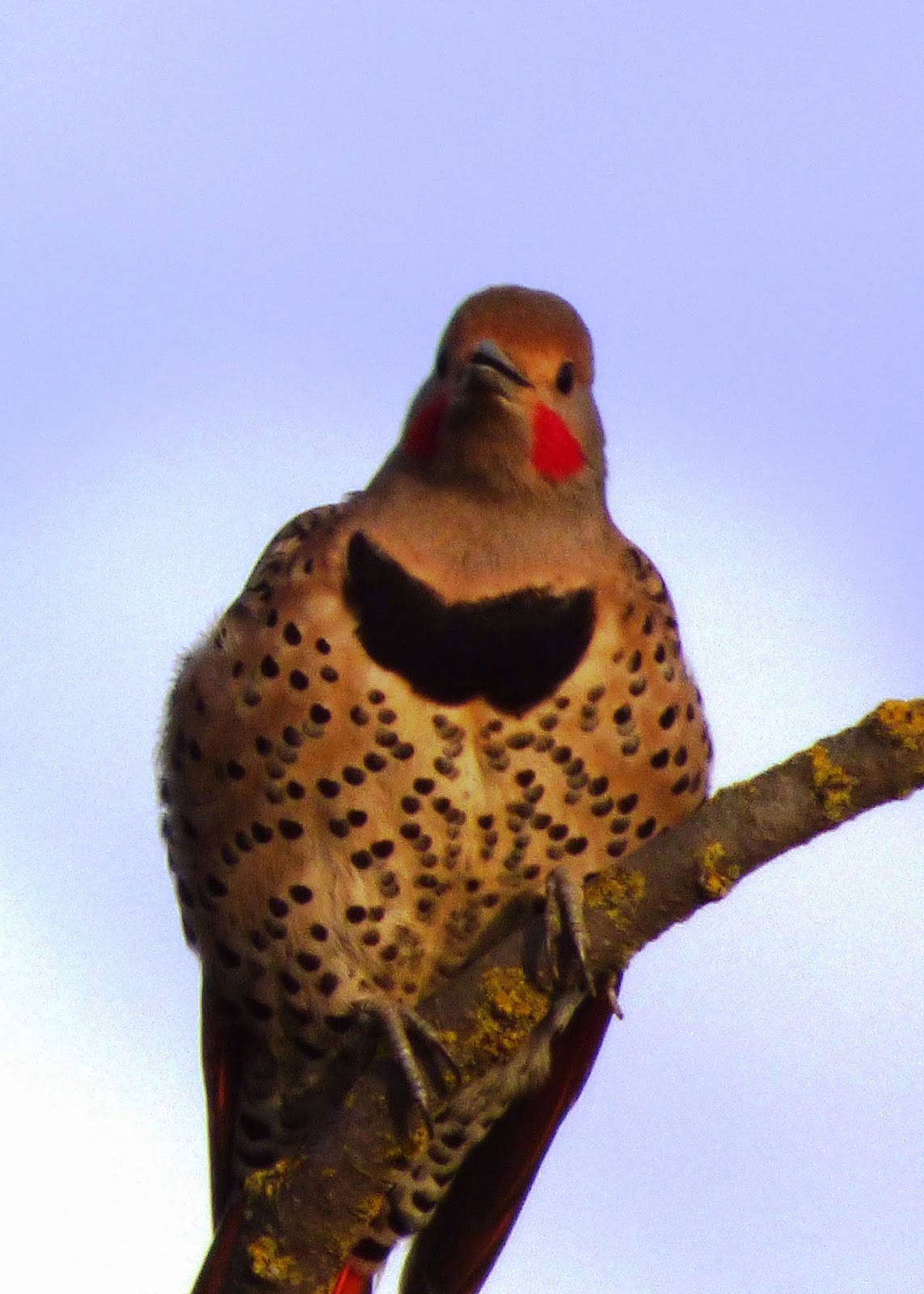 Like many other birds in North America, the Flickers, while still common, are in steep decline, due for the most part to habitat loss. There are approximately half as many as there were fifty years ago. 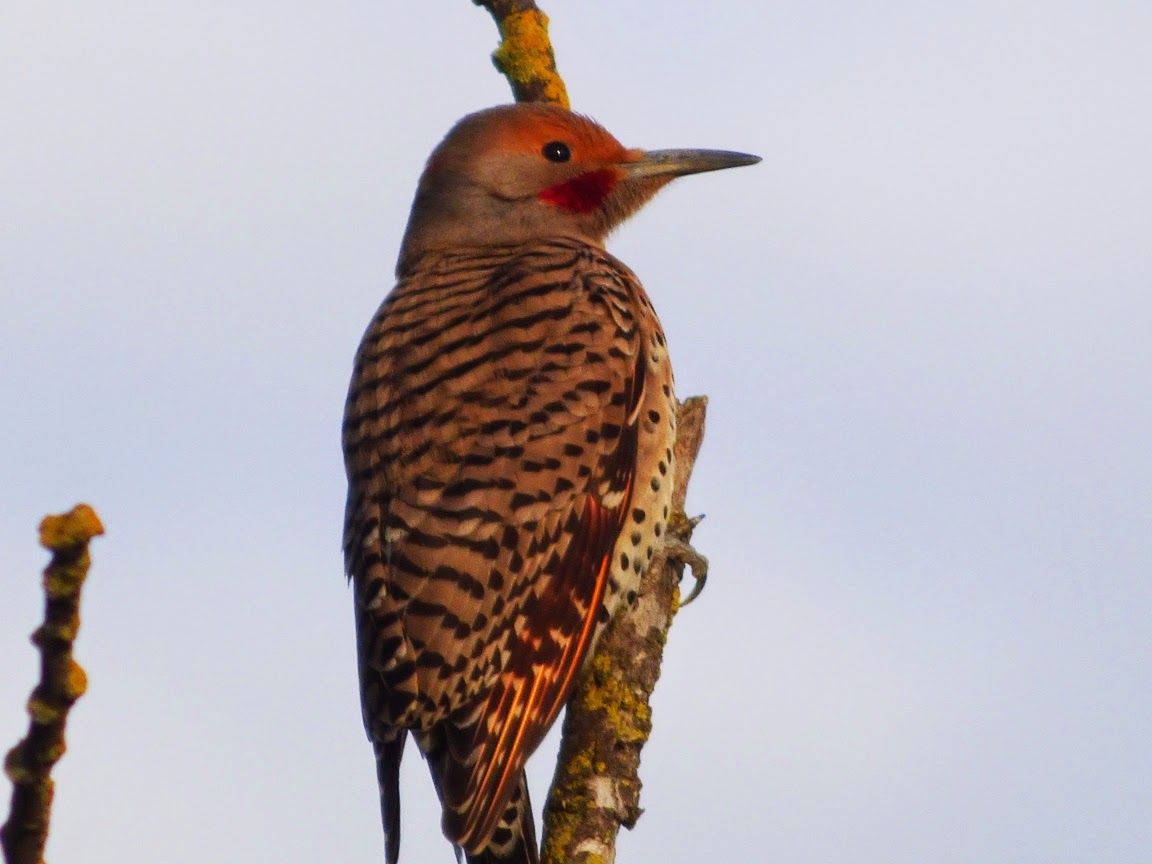 The Northern Flickers are beautiful colorful birds. I was pleased to be finally getting some sharper photos of them. There's a Downy Woodpecker lurking in the vicinity that I would like to catch next time.
Posted by Garry Hayes at 12:37 AM