Mute Swans on the Tuolumne River: The Baby is Alright 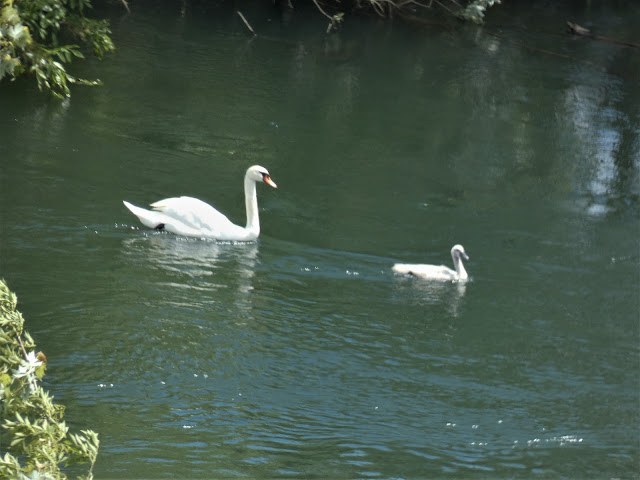 It's been kind of a bittersweet year for the Mute Swans on the Tuolumne River where I walk most days. They had four cygnets last year, and three survived to adulthood. The kids moved on, but the parents remained at the quarry lake that has been their home for a number of years. This year they had only two babies, but one disappeared after only a few weeks.

The pair took the surviving baby onto the big river today, and I admit I was a little concerned. The river is flowing twenty times normal, at 6,000 cubic feet per second, and the current quickly swept them downstream and out of sight. I worried that the baby wouldn't be able to fight the current back to their home pond.

I'm happy to report that when I returned from my walk 90 minutes later that the swans were back in the pond and the baby was with them. 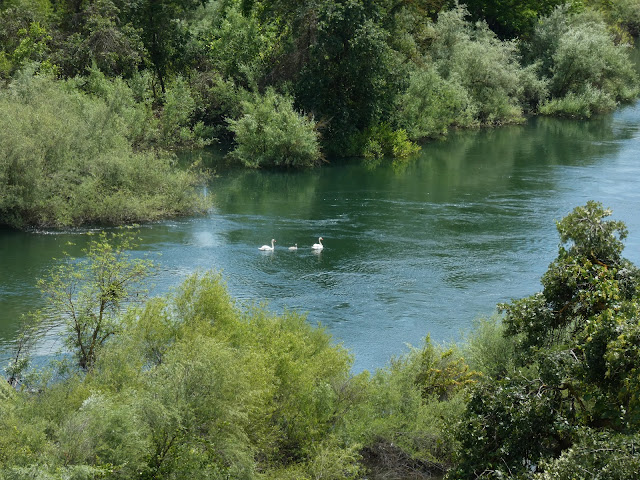