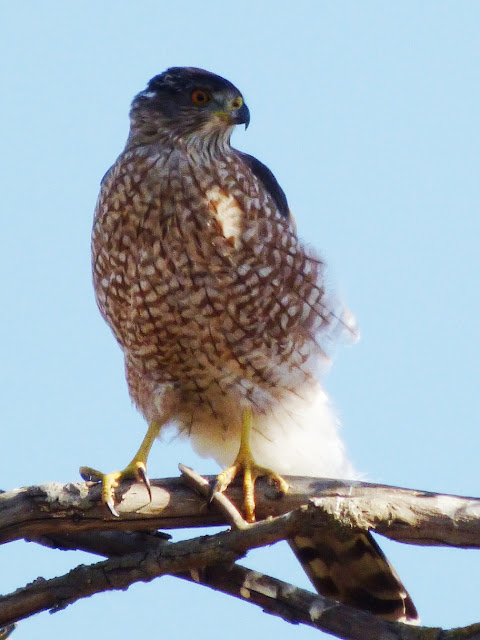 The San Joaquin River National Wildlife Refuge isn't all that far from my campus, and I had an unexpected two hour break this afternoon, so off I went. I hiked the Pelican Nature Trail, a 3.8 mile semi-loop that travels through some rehabilitating river bottomlands and a section of the San Joaquin River itself. It was a hot afternoon, so there weren't a great many birds out and about, but I did see about ten species. The most special of the today (for me, anyway) was a Sharp-shinned Hawk (Accipiter striatus) perched in a dead Cottonwood tree. 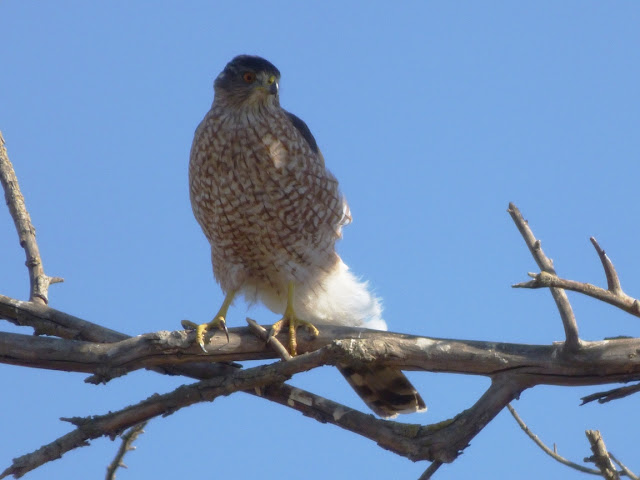 I'm still learning my hawks, and the Sharp-shinned looks a lot like the Cooper's Hawk, but one of the differences is the squared-off tail feathers in the former. The Cooper's tail feathers are usually rounded. This one's tail is pretty straight across. The experts out there are welcome to correct any incorrect identifications!

The San Joaquin River National Wildlife Refuge protects the lower reaches of the San Joaquin River west of Modesto. It provides habitat for tens of thousands of migrating geese and cranes during the winter, and for hundreds of local year-round species the rest of the year. It is a work in progress, as several thousand acres of former riparian woodlands that were cleared for agriculture are being replanted with native plant species. Some half million trees and shrubs have been planted in the last decade or so. 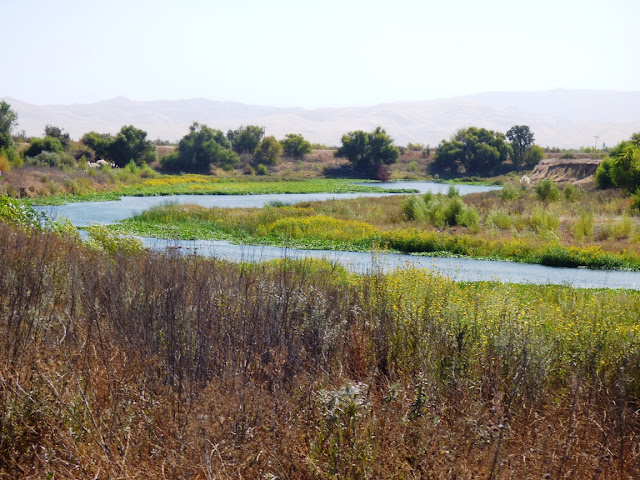