Say's Phoebe at the San Joaquin National Wildlife Refuge, and a Horrific Weed 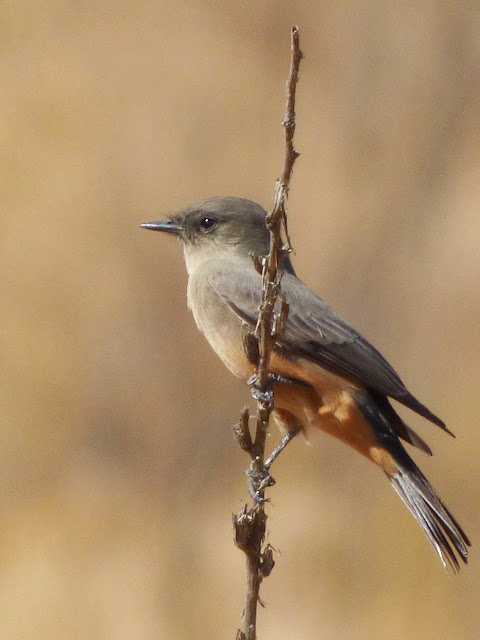 Sometimes you only get one shot at a bird. I was really happy with this shot of a Say's Phoebe (Sayornis saya) at the San Joaquin National Wildlife Refuge. I was walking the Pelican Nature Trail in the heat of the afternoon, and there weren't a lot of birds out in the open, and even fewer that wanted to sit still long enough for a photograph. I got just one good shot of this one before it flew off.

It's been a catastrophically dry year in the Great Valley, and the effects were clear at the San Joaquin NWR. The river was barely flowing, and invasive Water Hyacinth plants threatened to cover the river completely. The weed is extremely hard to control, and eradication is probably impossible. For the moment I think there are high hopes for flood runoff to just sweep them out to sea. They've got a "bloat" of hippopotami grazing on hyacinth in part of the river delta near Stockton. I guess they're bringing in some manatees, too. 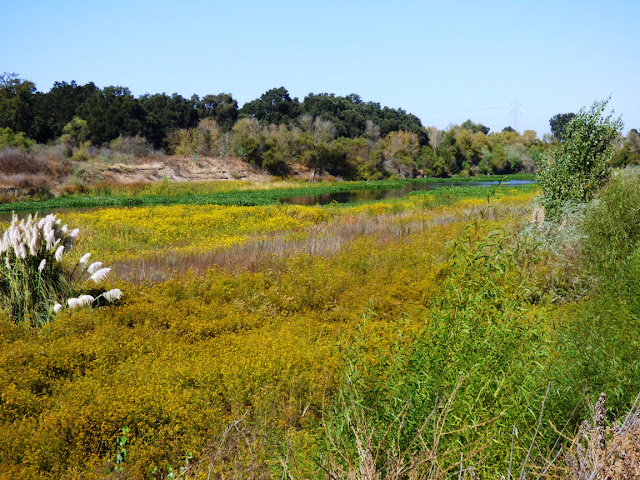 Postscript: In case there are misunderstandings about the hippos and manatees, check the date of the hippo story...
Posted by Garry Hayes at 12:33 AM