Red-tailed Hawk on the West Campus "Mini-wilderness", Where Big Plans are Afoot 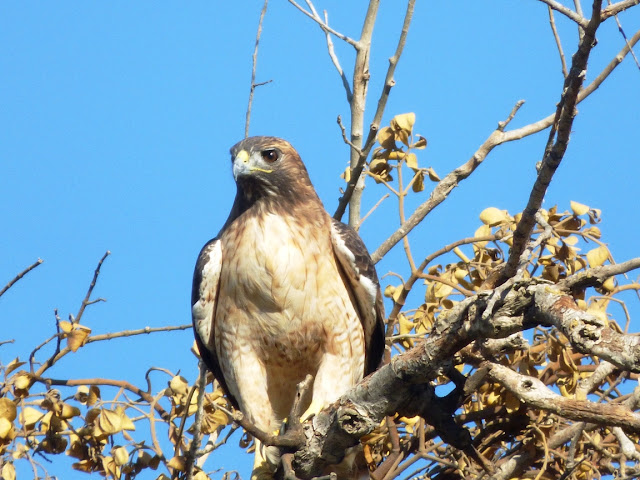 Unlike many colleges and schools, our campus has been blessed with a lot of land, and some of it has been kept as undeveloped habitat. I've mentioned quite a few times the mini-wilderness that sits on the northwest side of Science Community Center. It is a drainage pond that has been ignored more or less since the 1940s. It is thick with cattails, and the trees include mature Valley Oaks, Cottonwood and Elms. Sheep occasionally graze the plot, but most of the time it serves as wildlife habitat. I've noted three dozen species of birds hanging out on the little section at one time or another. Last year more than a thousand American Robins wintered in the trees there. 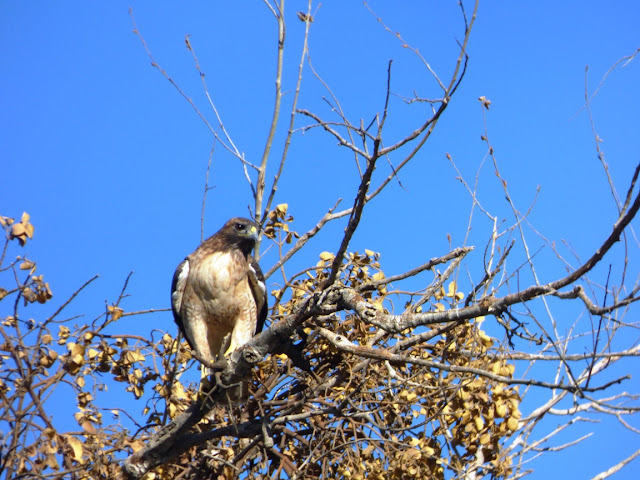 We had some good news about the pond and mini-wilderness last month. We are developing an outdoor education area adjacent to our Great Valley Museum, a facility that will include native vegetation, geological displays, and natural animal habitats. It was to include a pond, but the ongoing drought put that out of the planning. We instead are planning for a vernal pool, a dryland environment that will illustrate one of the Great Valley's most unique habitats. But we'll still get a pond, because one is already in place. We'll be adapting the pond in the mini-wilderness into part of the educational experience with some walkways and an access point for collecting water samples. 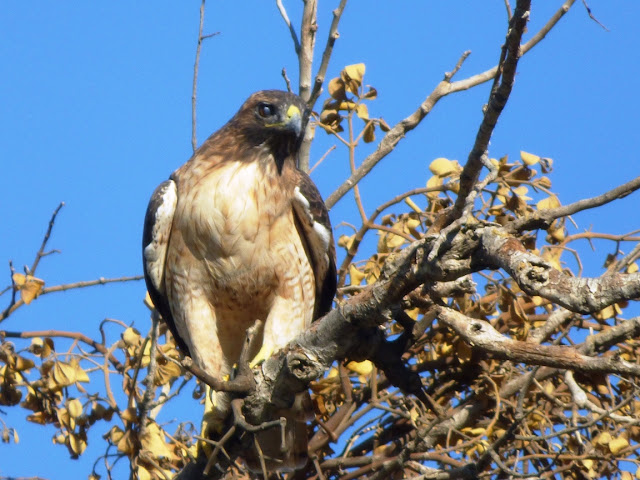 I often walk around the pond during my breaks, and today I got a rare treat. A Red-tailed Hawk (Buteo jamaicensis) was patrolling the area and making the other birds a bit nervous. It soared around the campus a couple of times and moved off to the west into the farmlands beyond, but not before perching for a few minutes. I don't see them on campus often, but it's good to know they are around. 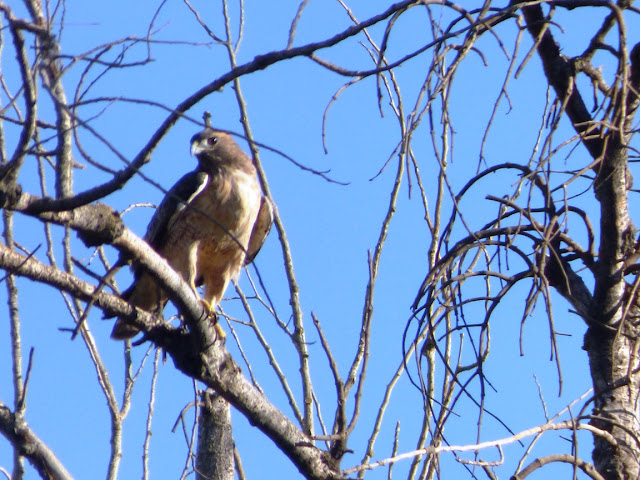