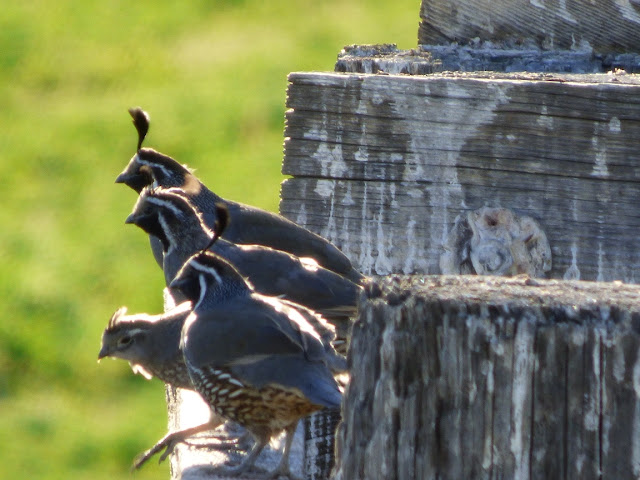 I don't know why, but the California Quail (Callipepla californica) makes me smile more than just about any other bird. Their style of bobbing and running just looks comical sometimes. And their chicks! I'm reminded of ping-pong balls rolling along the ground and bouncing off each other when I see new hatched chicks. 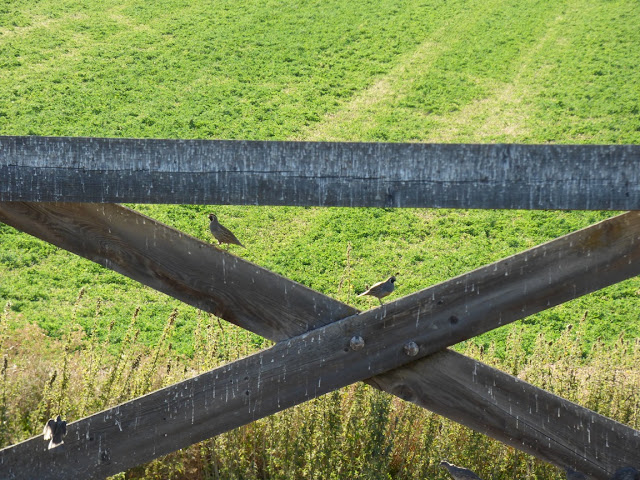 I'm sure they are just living to their own aspirations. We ran into a covey of Quail while following the Tulelake National Wildlife auto tour along the lake shore over the weekend. They were hanging out all over a wooden structure in the field next to the lake shore. 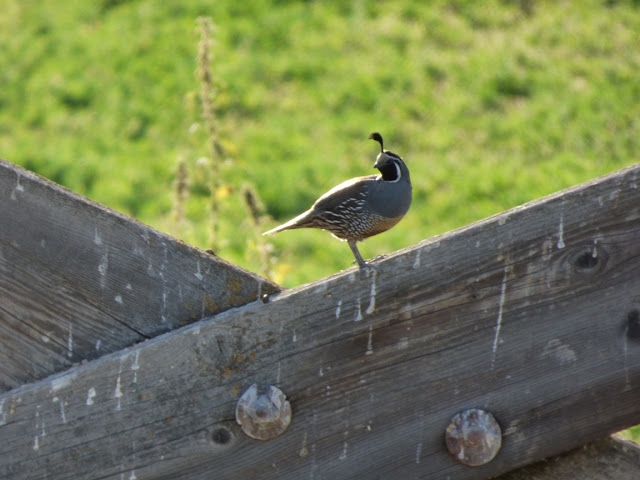 Tulelake NWR was established as a critical component of the western migratory flyway. Most of the Arctic birds that winter in the Central or Imperial Valleys pass through there, taking a break and feeding for a bit. As we saw in the last post, some Sandhill Cranes have already arrived in region. 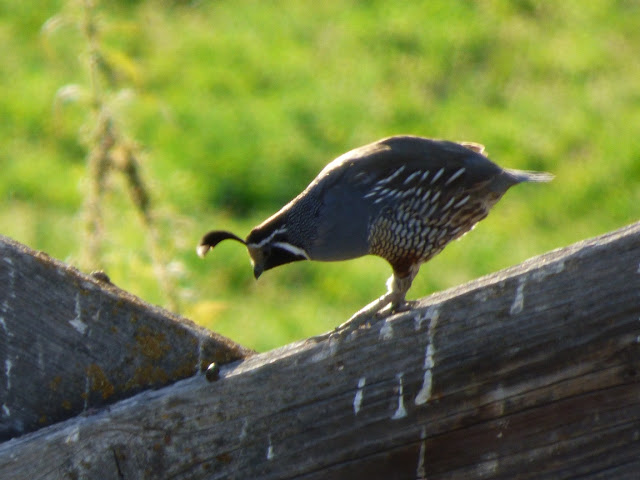 The California Quail was declared the state bird of California in 1931. I wonder sometimes why the California Condor wasn't selected for the honor, but going by looks alone, the quail is a winner. They're also easier to see, being found all over the state. 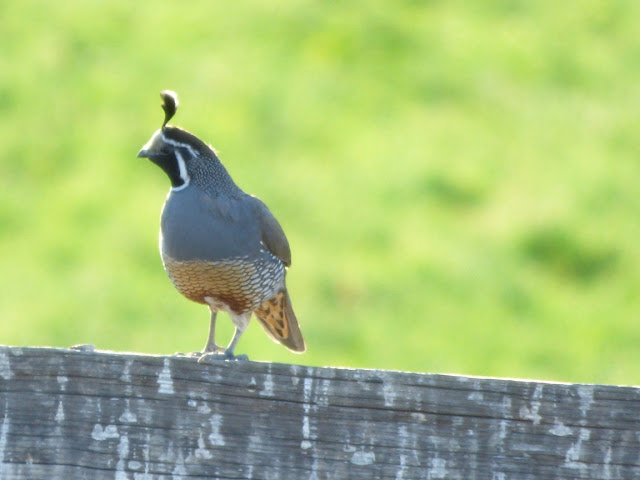 In any case, the quail is photogenic. Enjoy! 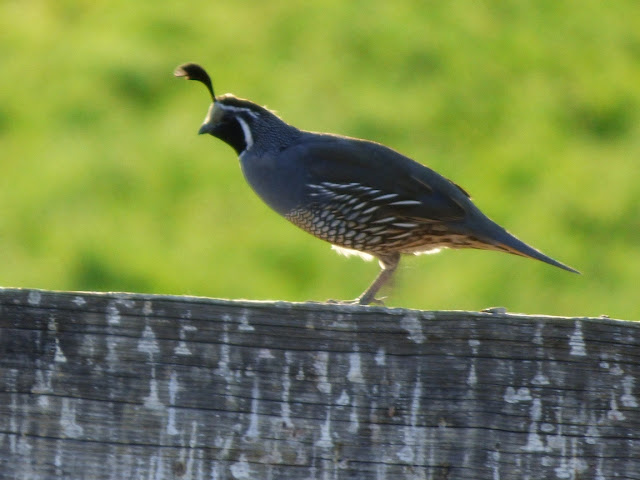 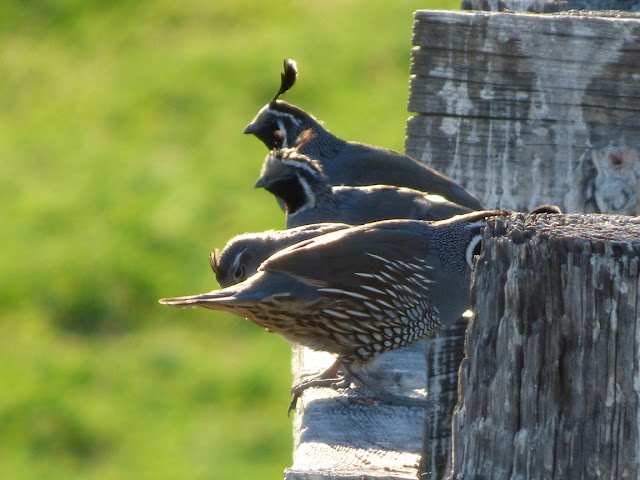 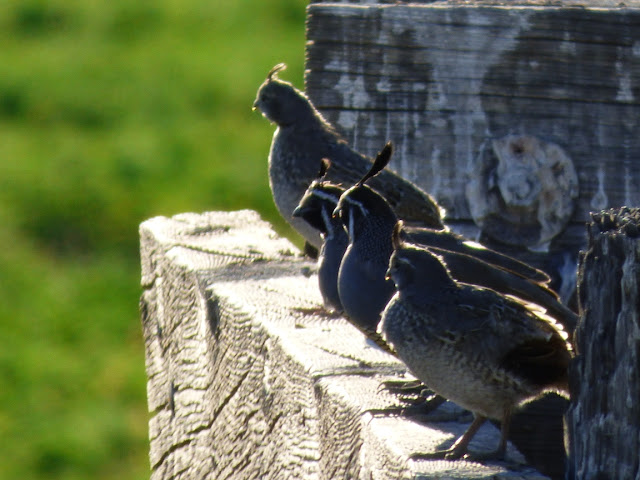