Swainson's Hawk on the Tuolumne River 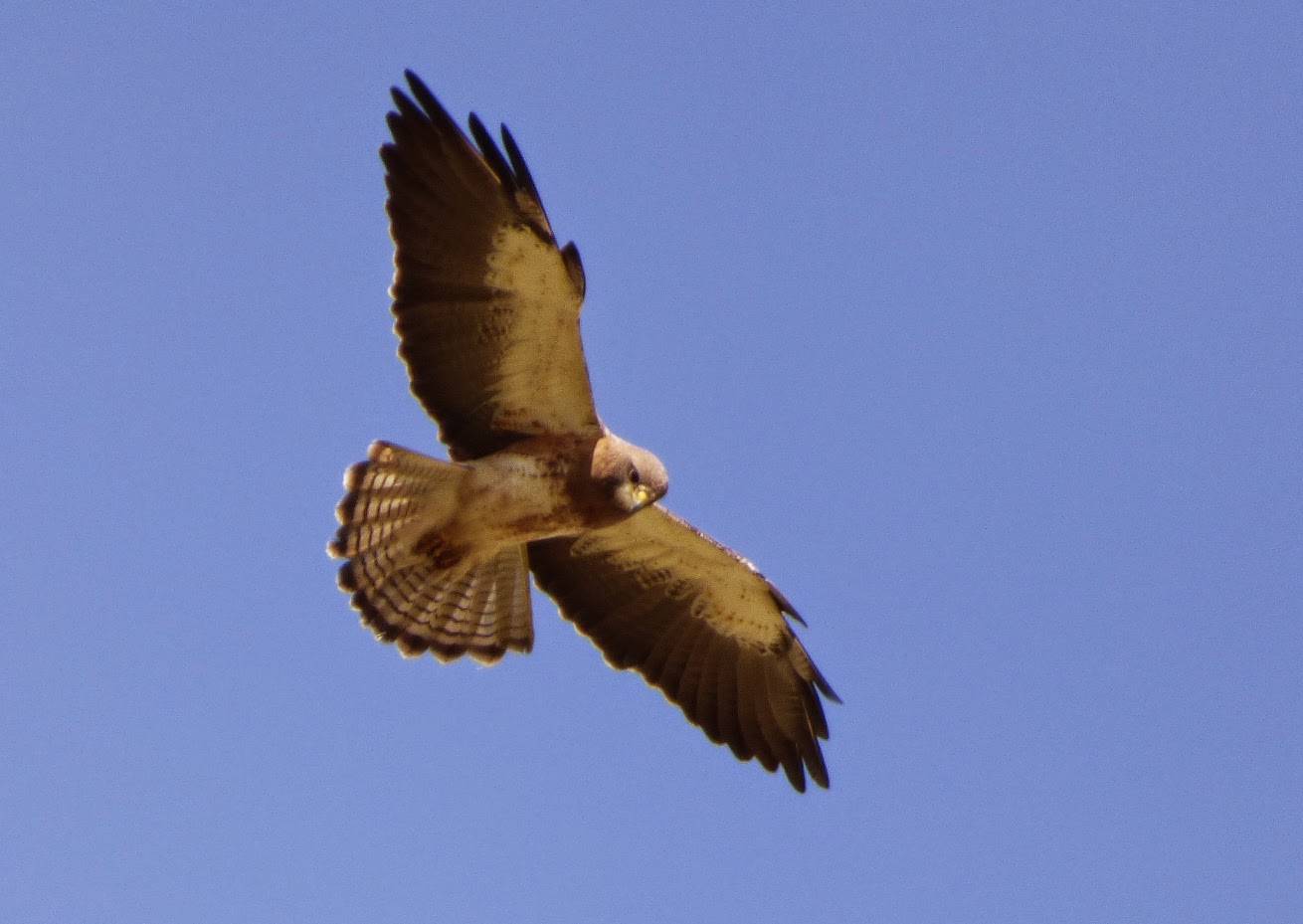 I was out for one of my walks today, checking for any bird activity along the Tuolumne River bluffs in Waterford. There were some Magpies and Western Bluebirds here and there, but as I was staring off in the distance, some kind of hawk flew right overhead, so I pulled up the camera to try and get a decent close shot. I didn't, and while I was still fumbling with the camera, a second hawk flew overhead, and I didn't get a shot of it either! 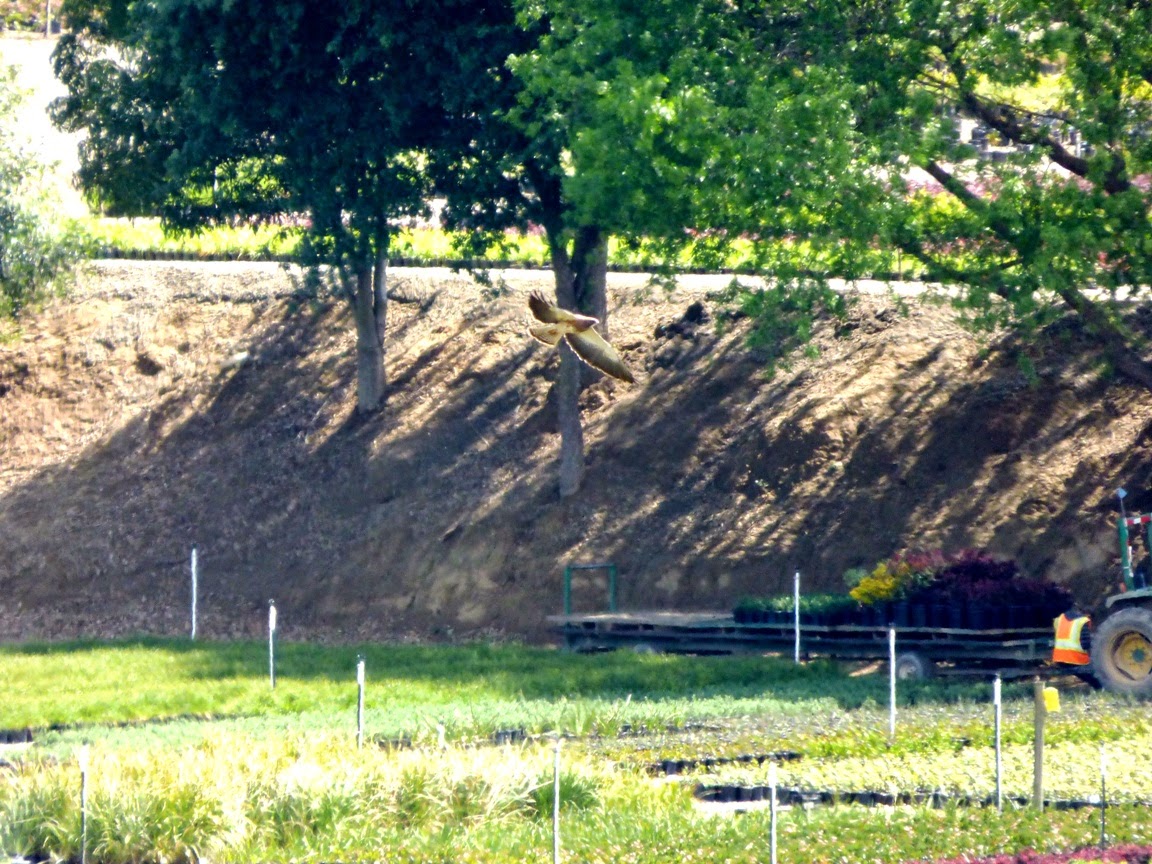 After a few minutes I found them again flying over a cottonwood tree down on the Tuolumne River and I realized they were at a nest. I caught a few very long range shots with which I hoped to identify them, because I could see it was not one of the usual species I've been seeing. The white pattern on the wings was clearly different from a Red-tail or Red-shouldered Hawk.

I cropped and magnified the best one and identified it as a Swainson's Hawk (Buteo swainsoni). That would explain why I haven't seen them around much, as the Swainson's Hawks typically spend their winters in Argentina. They have one of the longest migrations of any raptor, from Argentina to as far north as Alaska and northern Canada. It is apparently an awesome sight to catch the migration, as they travel in flocks hundreds or thousands strong. 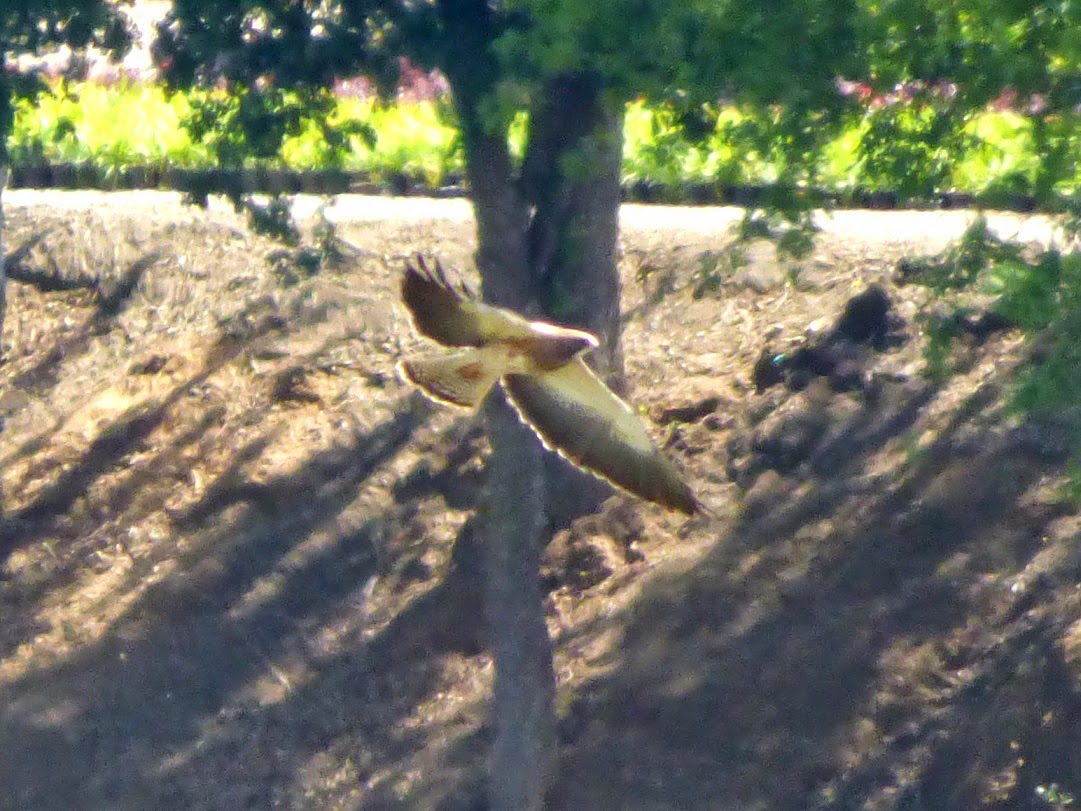 In any case, I figured out where the nest was, and took another very long range shot. One of these times I'll try and walk along the river and see if I can see any little ones as season progresses. 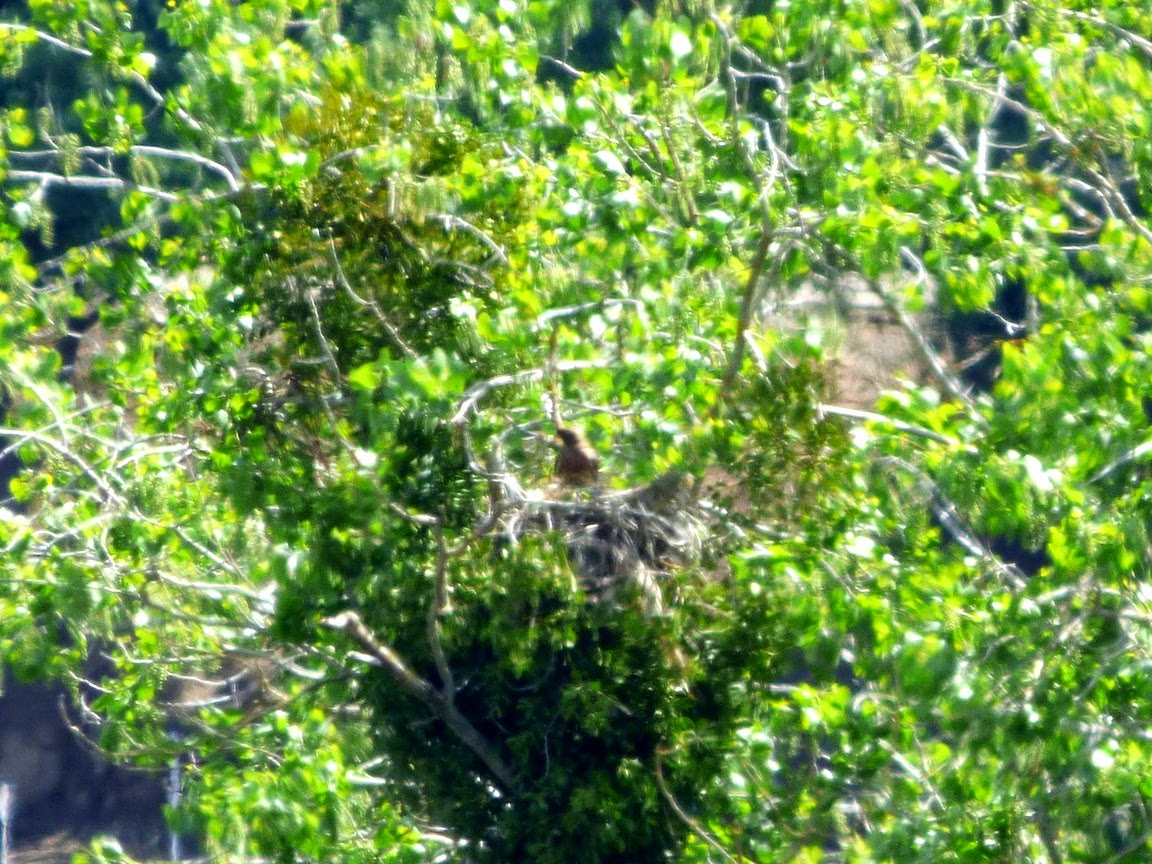 I didn't think I had any good pictures of a Swainson's Hawk, but I checked the archives and realized I had in fact caught a pretty clear shot of one over the cow pasture near my house last June, so that became the opening picture in today's post.
Posted by Garry Hayes at 4:33 PM