Small Dinosaurs in the Backyard: Northern Mockingbirds Guard Their Territory 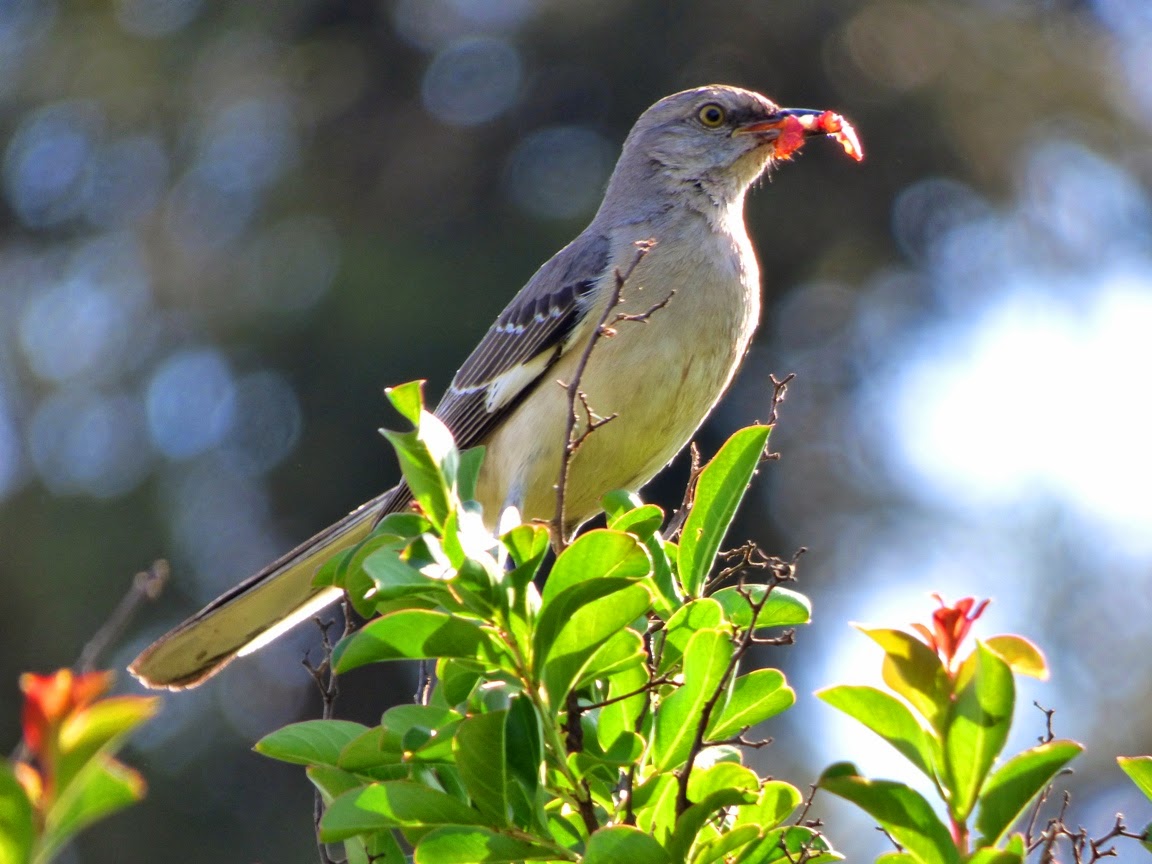 There's a saying amongst field geologists, that when you finish a field project and review your samples, you'll find you've failed to collect the single most common rock in the entire field area. I, of course, have been the same way with my bird project. I've documented all manner of birds that I've seen in my travels around California and elsewhere, and I see that I have failed to include any of the most common birds that visit my backyard. 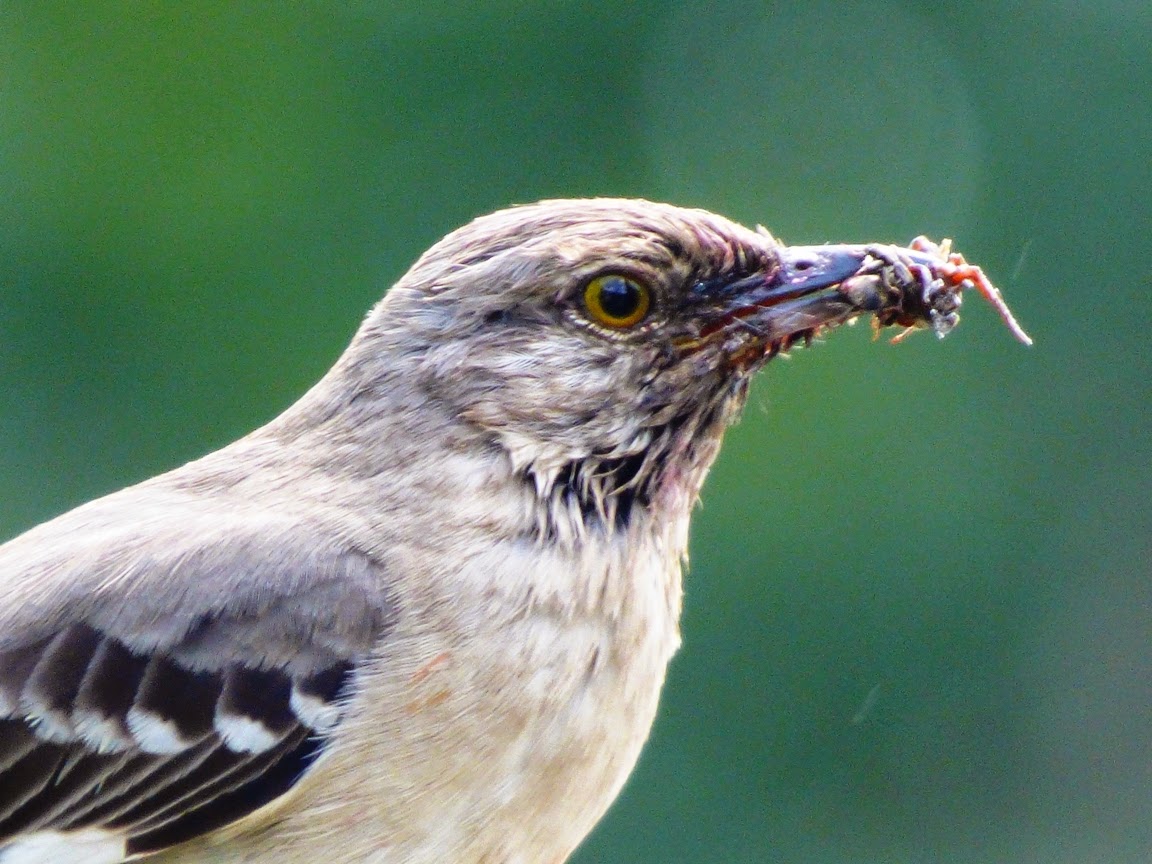 And so here is one of those every-day species, the Northern Mockingbird (Mimus polyglottos). They make their presence known in our neighborhood day and night, with singing, of course, but also in their territorial defense. Our cat has been at war with them for a dozen years. They've fought to a draw; she's nailed one or two of the birds, but the birds keep the cat hiding in the planters during the height of the breeding season.

The Northern Mockingbird is an American species. It's northern limit coincides with the Canadian border for the most part. They also range into Mexico, but they are found in all of the lower 48 states. It was part of the title of one of our country's greatest novels (and movie), and Mockingbirds were once kept as pets in the eastern United States, almost to the point of removing them entirely from the wild. 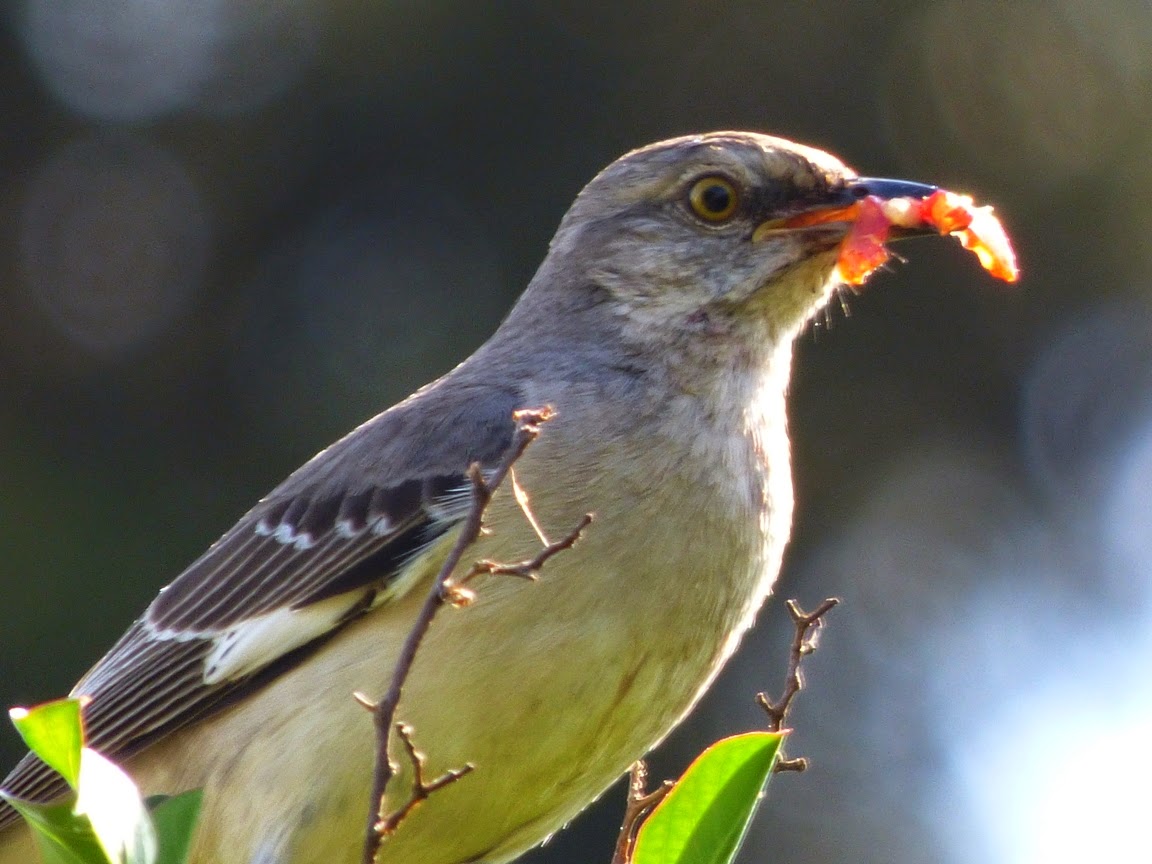 I'm not entirely sure why, but Mockingbirds remind me of the dinosaur connection more than most birds. The birds descended from small theropod dinosaurs like the Velociraptors. As such, birds are more closely related to dinosaurs than dinosaurs are related to reptiles inhabiting our world today (the present-day snakes, lizards, turtles and alligators split from the dinosaur line in the Permian Period millions of years before the dinosaurs themselves evolved.
Posted by Garry Hayes at 8:58 PM