Bird of the Day: The Western State's Only Native Ibis, the White-faced 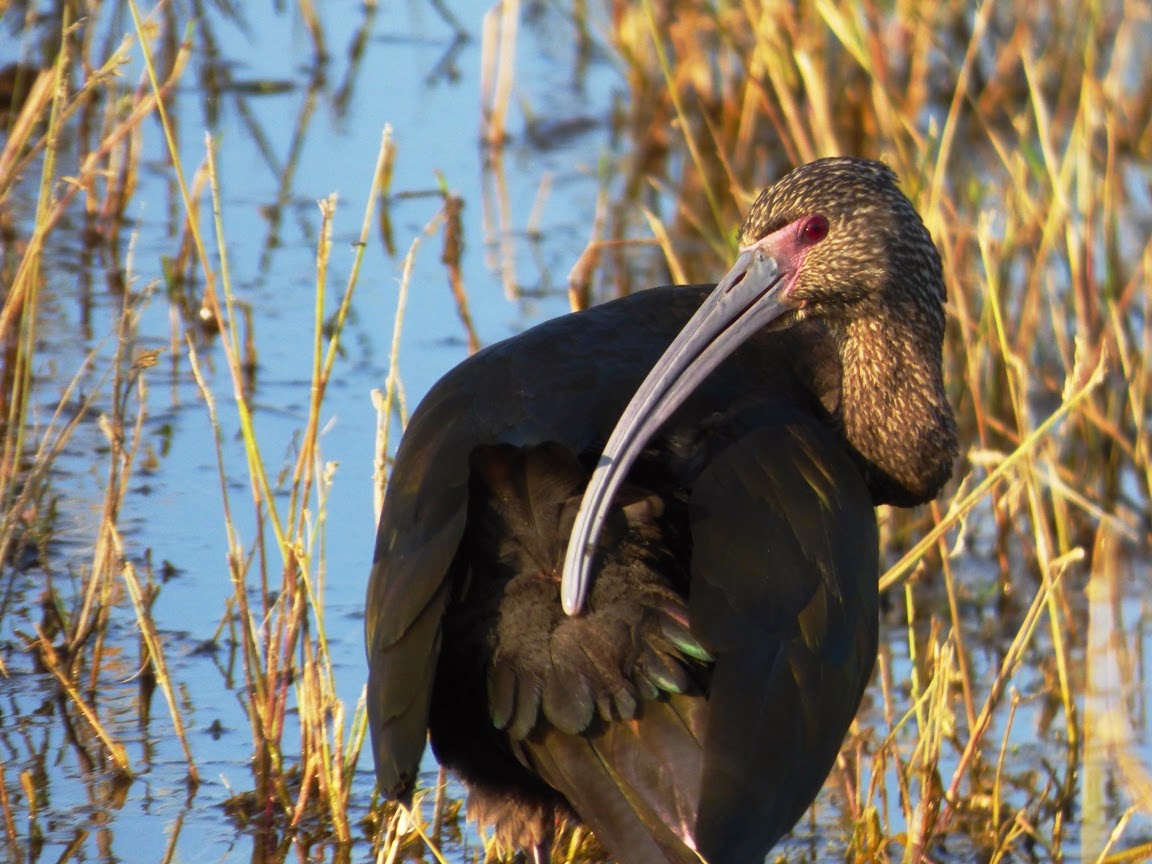 We are starting to keep tabs on our local bird refuges as we approach the winter season. Today was a leisurely exploration of the Merced Unit of the San Luis National Wildlife Refuge, where we were looking in on the early arrivals of species on the migratory flyway. The Ross's and Snow Geese aren't showing up yet, but there were plenty of other birds out and about, including a flock of American White Pelicans, and thousands of Sandhill Cranes. It was the White-faced Ibis (Plegadis chihi) that stole the show for me today. 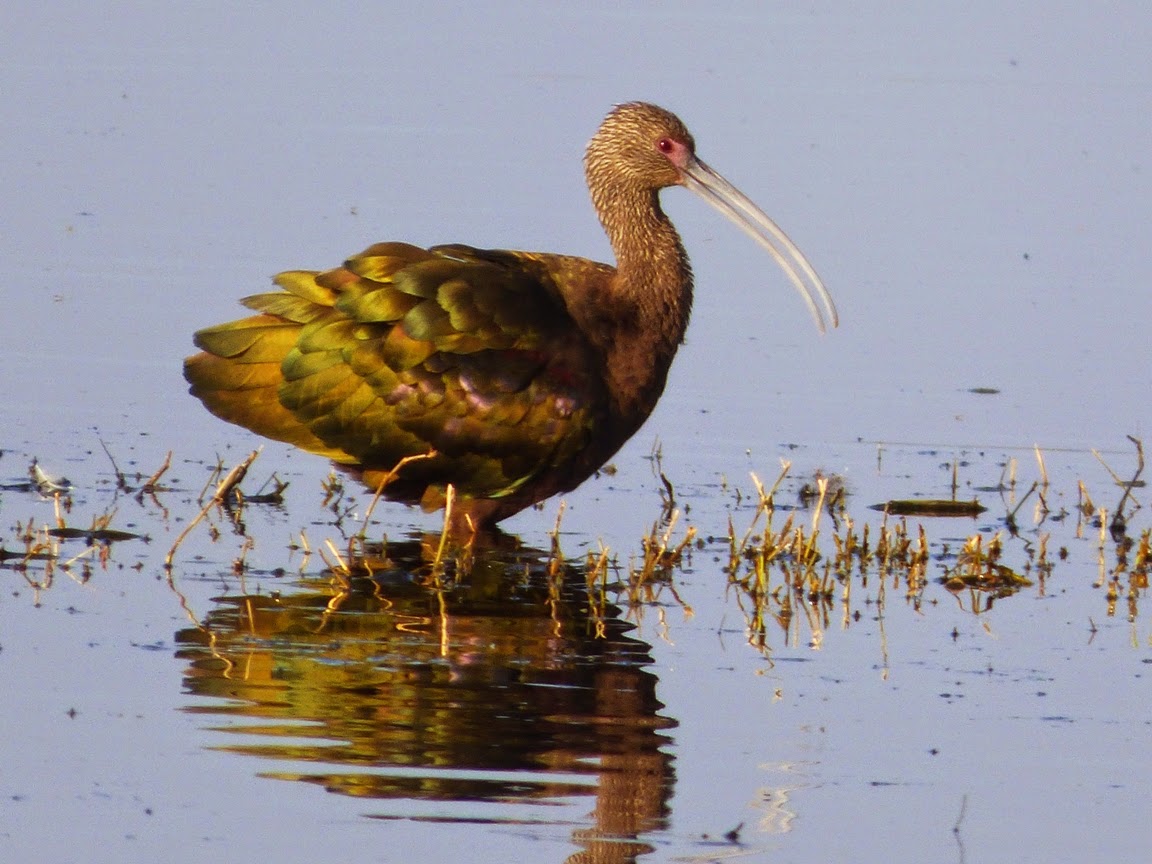 The White-faced Ibis is the only Ibis found in the western United States. It closely resembles the Glossy Ibis, a species found worldwide, including Australia, Asia, Africa, South America, and Europe. The White-faced Ibis is thought to have evolved from an early incursion of the Glossy Ibis into the Americas. They were isolated in the Western United States and Central America, with a second habitat in Brazil and Bolivia. The second wave of the Glossy Ibis  occurred in the 19th century, and was initially confined to the southeastern United States. Apparently they are spreading rapidly. The territories of the two species overlap in places like Texas and Louisiana, and hybrids sometimes occur. 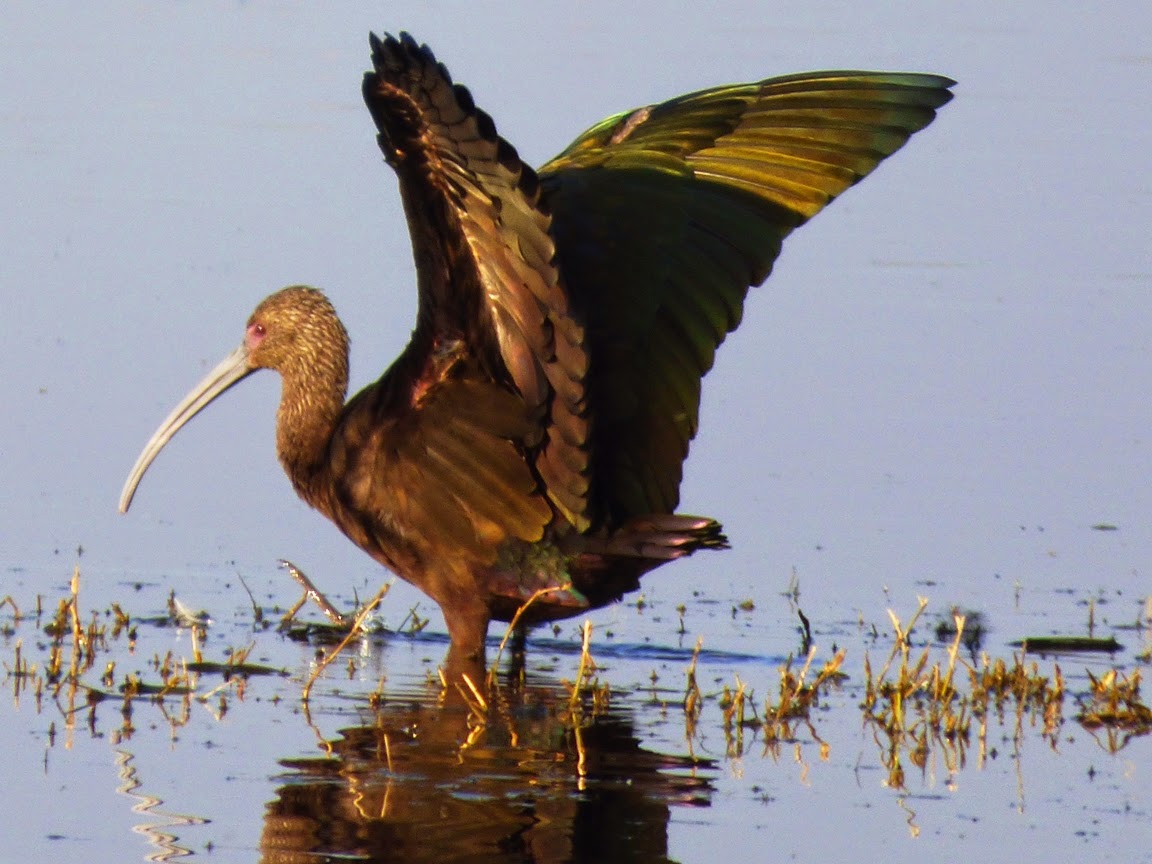 The individuals we saw today weren't terribly concerned about us driving by on the auto tour route (a lot of the other birds were pretty skittish). They were preening and looking for food, using their long curved beaks to probe the mud. They eat all manner of worms, salamanders, frogs, and insects. 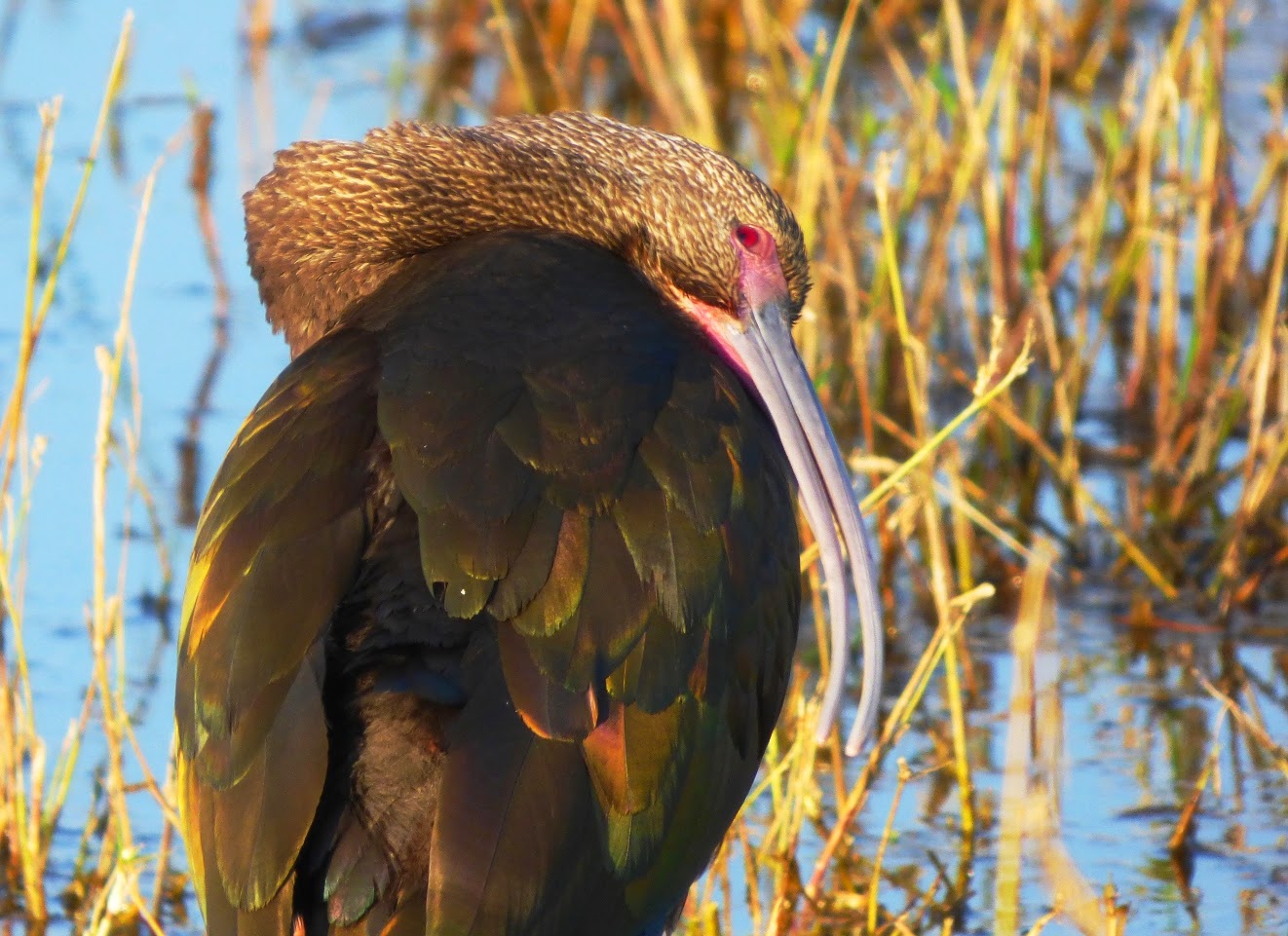 The White-faced Ibis as a species is apparently doing okay, but was in deep trouble in the 1970s because of DDT poisoning and habitat destruction (especially the draining of wetlands; this has been particularly bad in the Great Valley). I hope to see more of them around in the future! 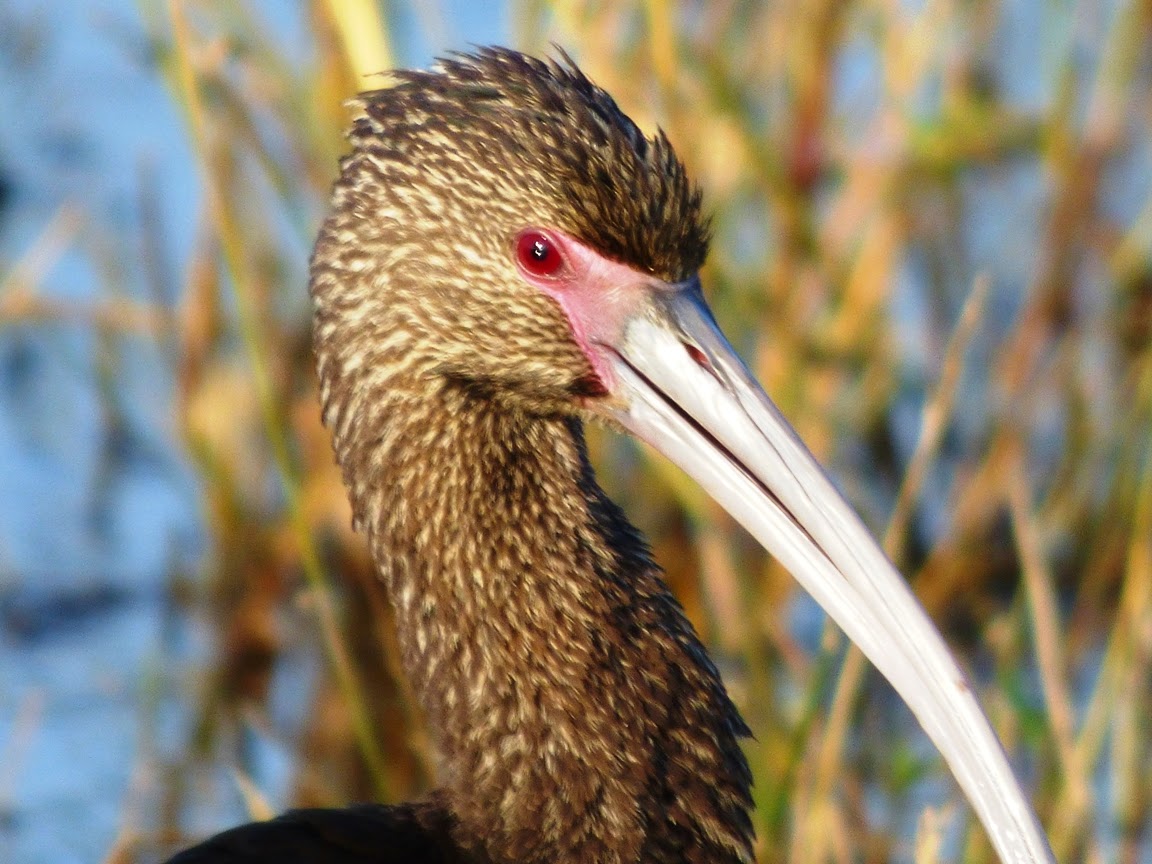