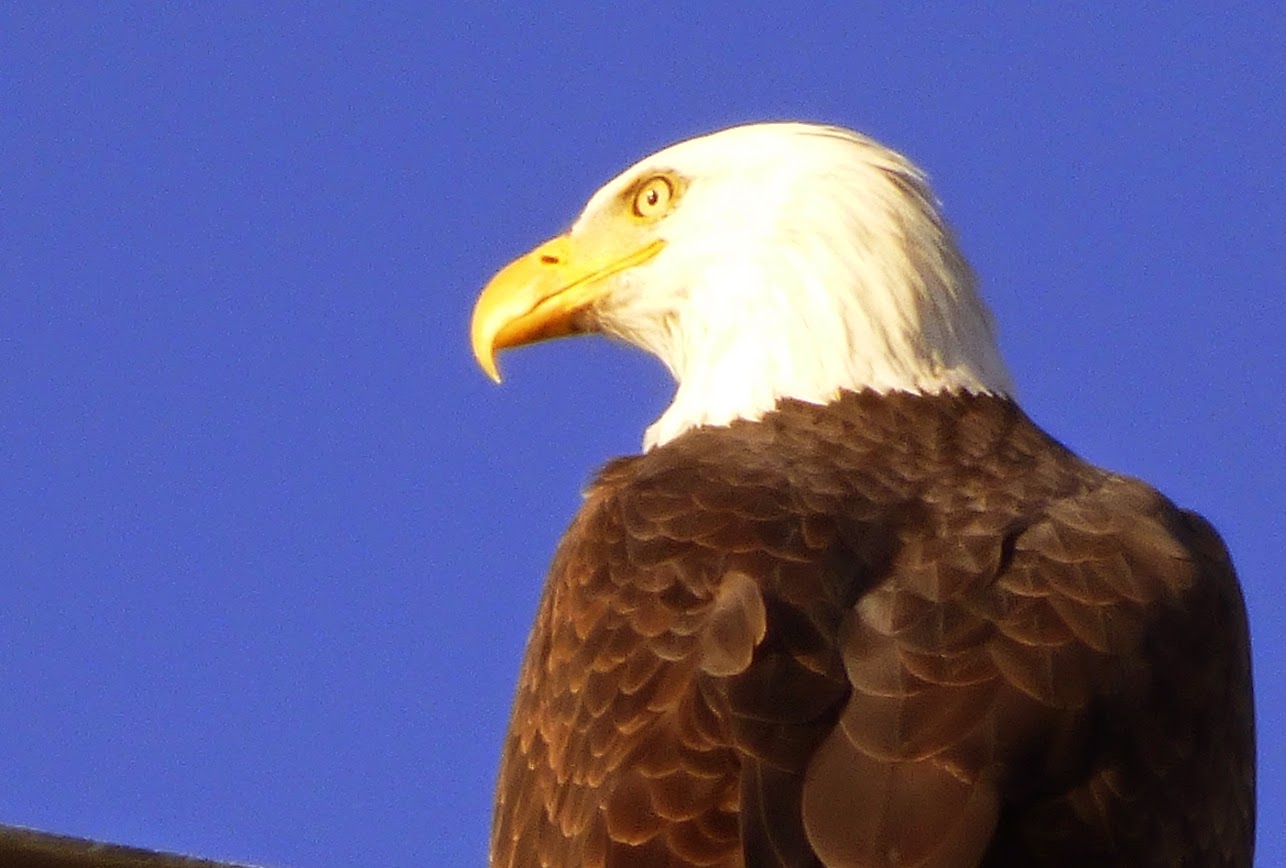 I finished a pile of grading and the sun was still up this afternoon, so Mrs. Geotripper and I headed a few miles east to Turlock Lake State Recreational Area. The park lies along the Tuolumne River in the Sierra Nevada foothills, where it serves as a storage unit for irrigation water. We drove along the shore looking to see what birds might be around (answer: not many). I was glancing upwards at the power lines when I saw something I've not seen all that often around here: a Bald Eagle (Haliaeetus leucocephalus). 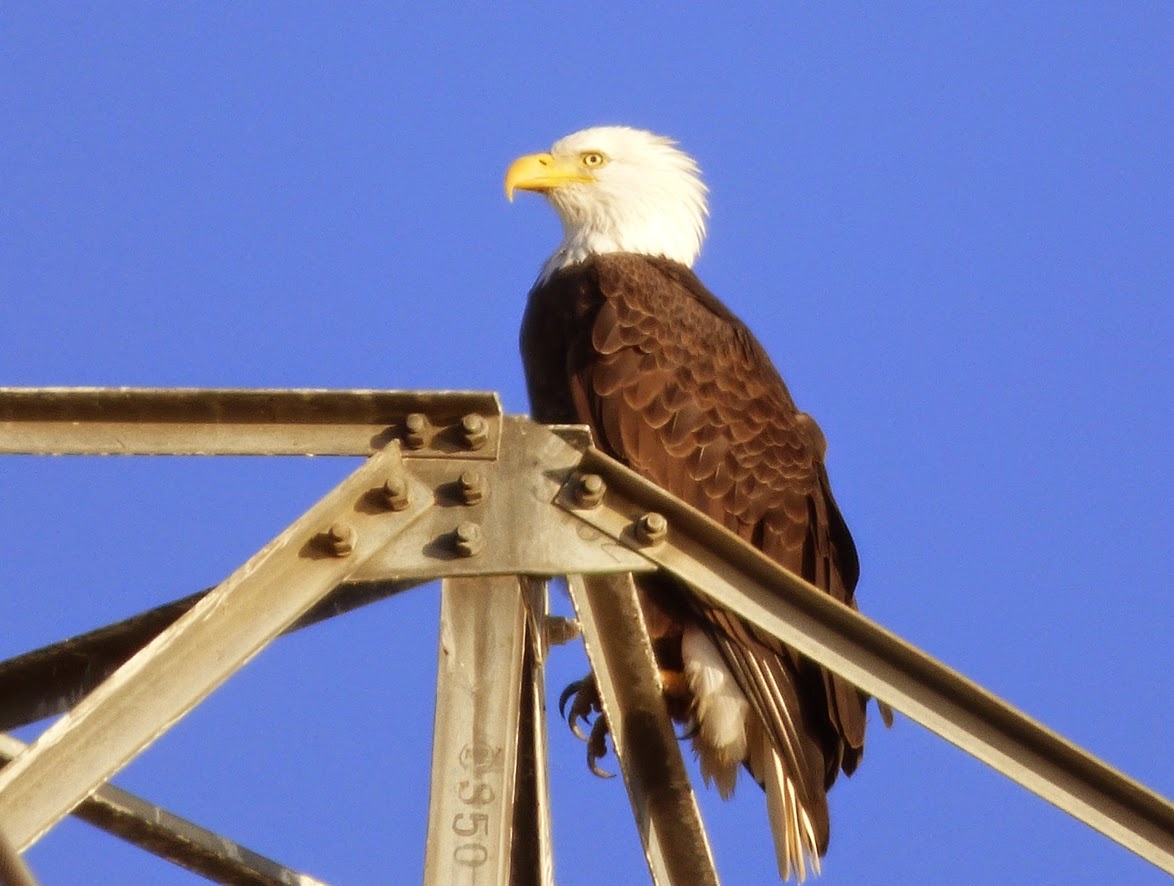 The Bald Eagle is, of course, our national bird, and we showed how proud we were of our national symbol by almost poisoning them out of existence. The heavy use of DDT in the last century caused metabolic changes in the eagles (and probably we humans too) so that they laid eggs with brittle shells that could not withstand the weight of the parent. At one point the eagle population in the lower 48 states was less than 500 breeding pairs. Once DDT was outlawed and shooting of the birds made illegal, their population rebounded and today they are found across the United States. I've seen them three times in the last year or two. But not this close (I was probably 200 feet away with a zoom). 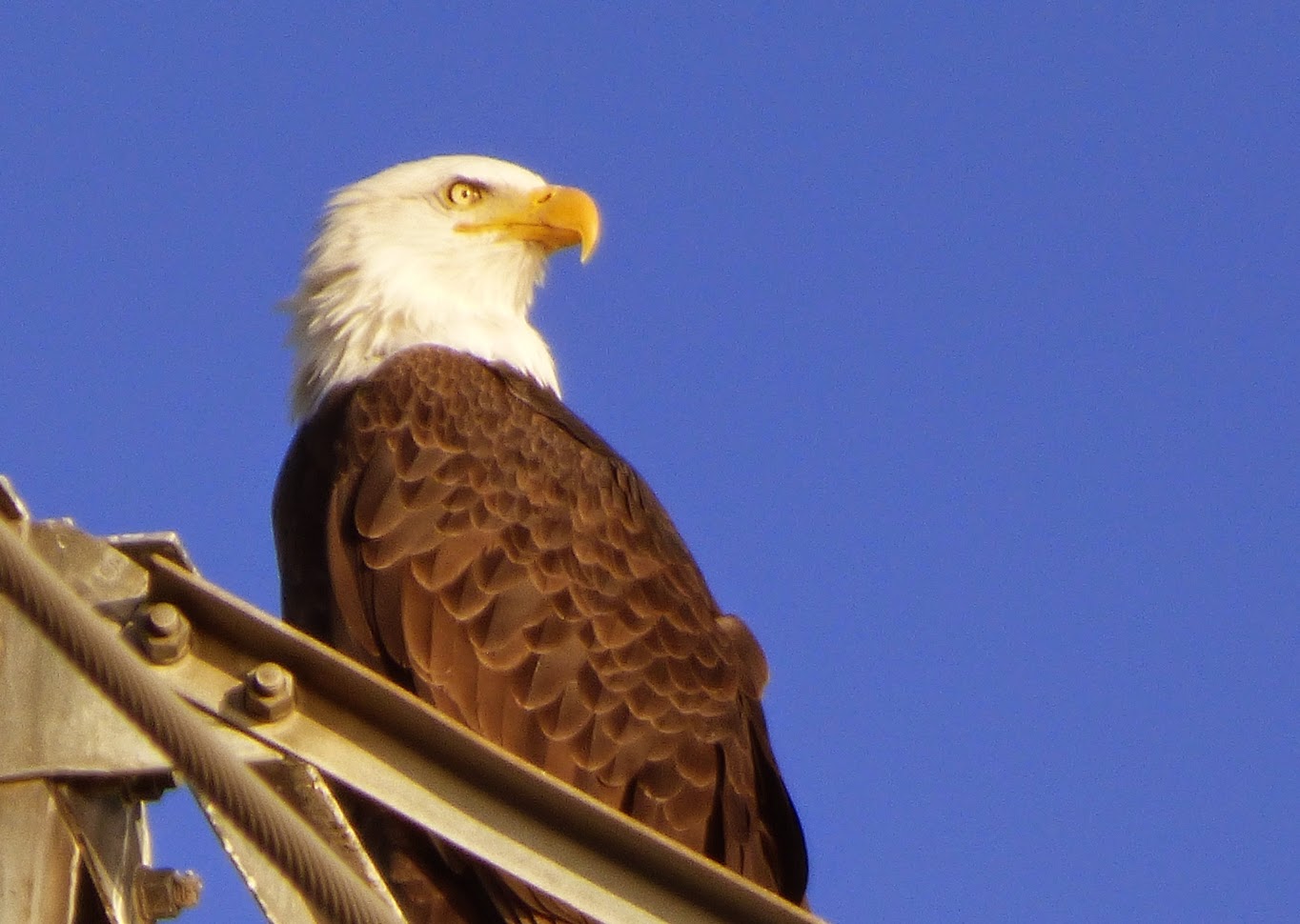 Like most reservoirs in California, the water level is very low. I hope the rains come and fill the lake soon, but not too soon because a former student of mine and a fellow professor are researching the Mehrten Formation that makes up the rock around the lake. They are hoping to find the remains of late Cenozoic creatures in the sediment, including mastodons, horses, camels, and if they are lucky, the remains of the saber-toothed salmon, an eight foot long fish that once existed here! 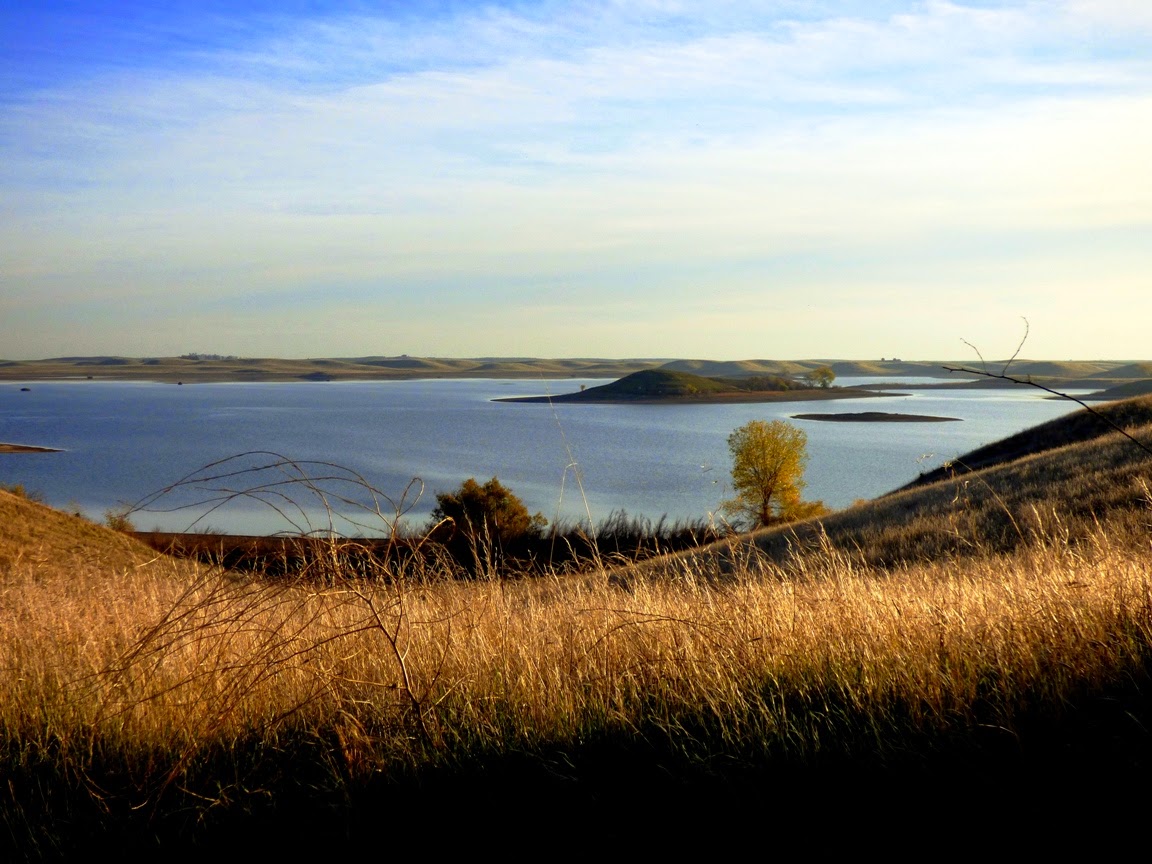