Bird of the Day: Another Foreigner, the Eurasian Collared Dove 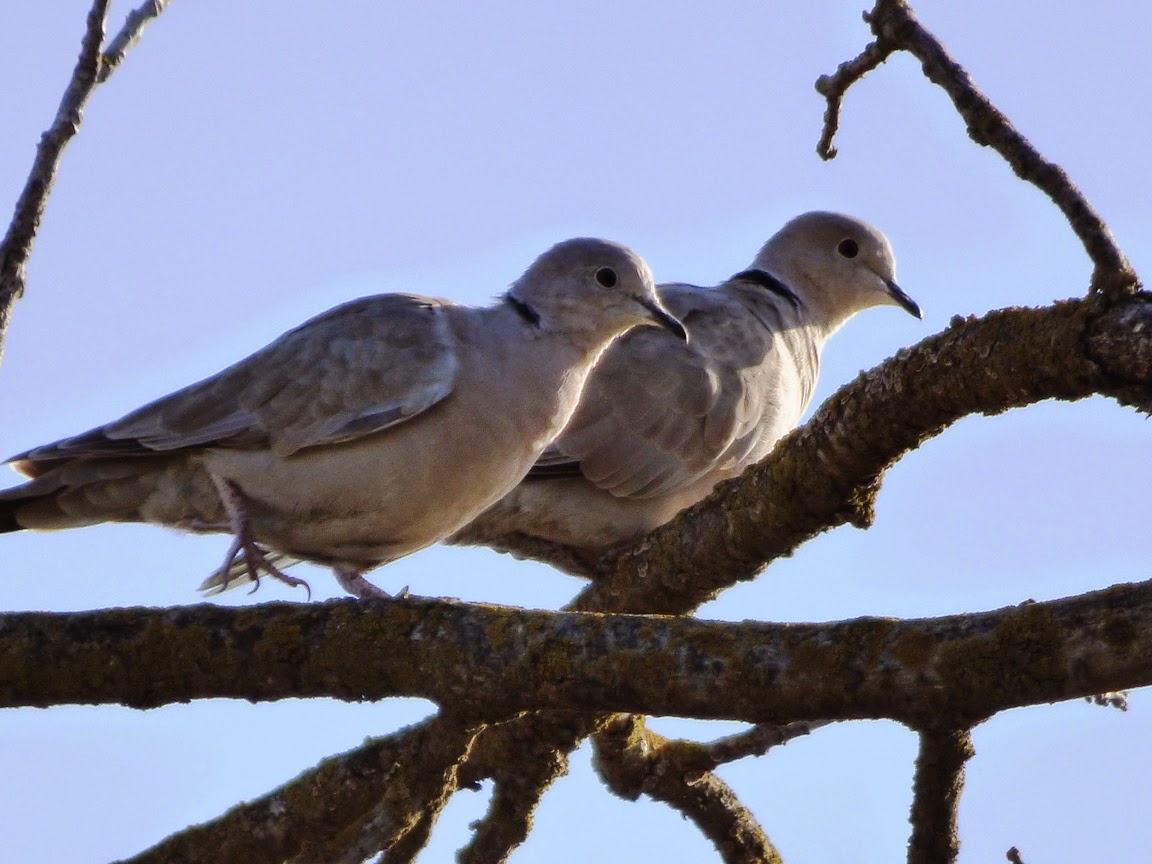 In the mid 1970s, the Eurasian Collared Dove (Streptopelia decaocto) was only present in the western hemisphere as a pet.  In Bermuda, the burglary of a bird shop led to the release of several doves, and for some reason the owner let the other 50 go. In the 1980s, the first Eurasian Collared Doves arrived in Florida, and now have spread across the continent, except for the Great Lakes and New England. They were in California by 2001.

I've only been at this for about a year, so I thought the doves in my neighborhood were all of the mourning kind, but I've come to realize that most of them are the Eurasian species. It's not clear if they have displaced other birds the way the European Starlings have, though. The doves are mostly taking advantage of food sources related to urban and suburban development, including feeders. 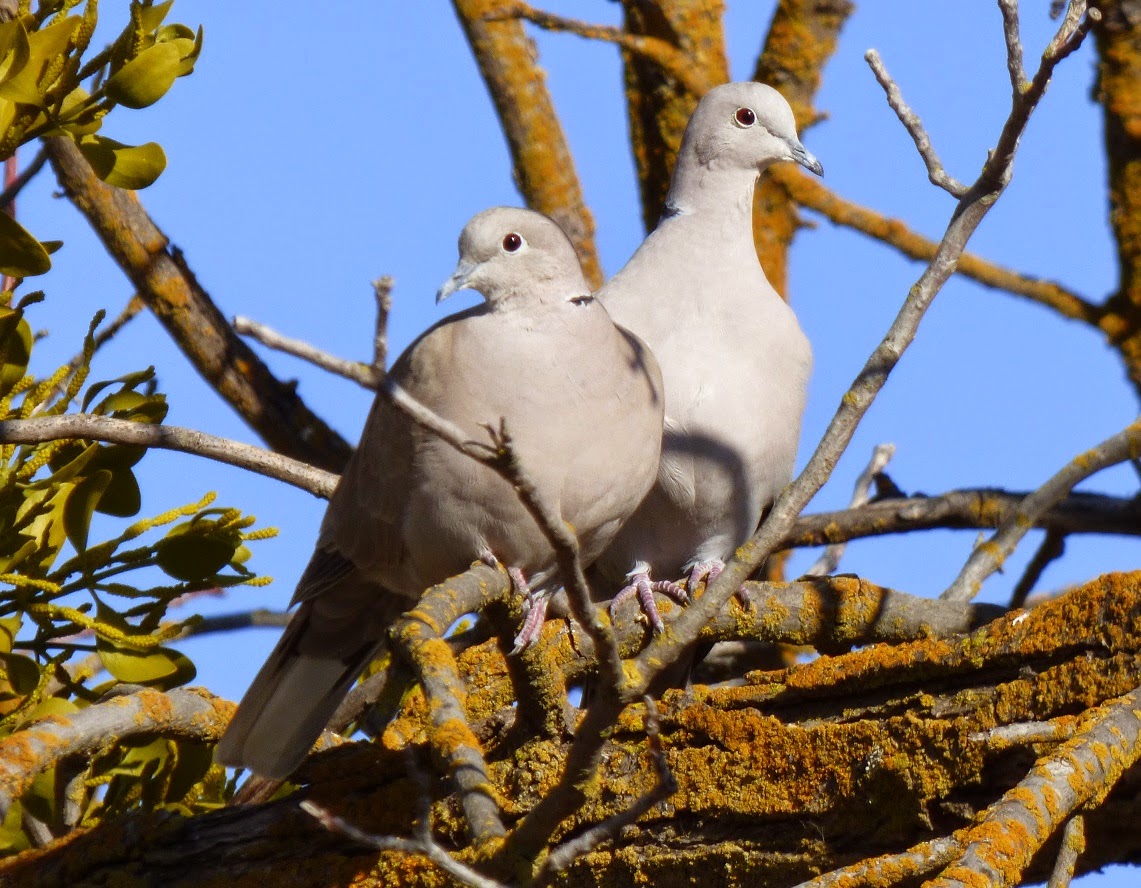 I remember the most stunning fact of birding on the Hawaiian Islands is how hard it is to actually see the native species there. The escaped pets and accidental/purposeful introductions of invasive species have simply overwhelmed the natives in the urban parts of the islands. The rapid spread of the Starlings and Collared Doves in the continental United State is concerning.

In any case the doves, if not exactly tame, are tolerant of walkers with cameras and are usually easy to photograph. I caught the first image this morning while walking in the pasture near my house. The second picture was taken in December around the same field. The birds are apparently permanent fixtures around here, despite their fairly recent arrival. And they are pretty to look at.
Posted by Garry Hayes at 1:00 PM