A Bald Eagle at the Rocky Creek Bridge in Oregon 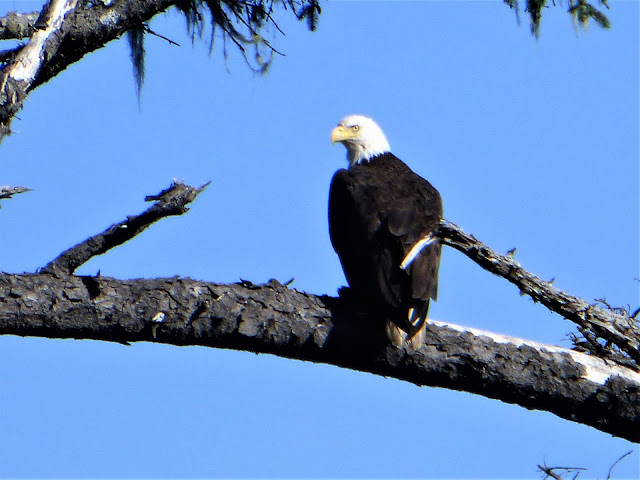 It's probably no secret that I'm in Oregon this week attempting to see the total Solar eclipse. Time will tell if we manage to find a spot in the path of totality, but in the meantime we have having a great time visiting family and seeing the sights. Among them was a Bald Eagle (Haliaeetus leucocephalus), which we saw during a short stop at Rocky Creek Bridge near Depoe Bay. 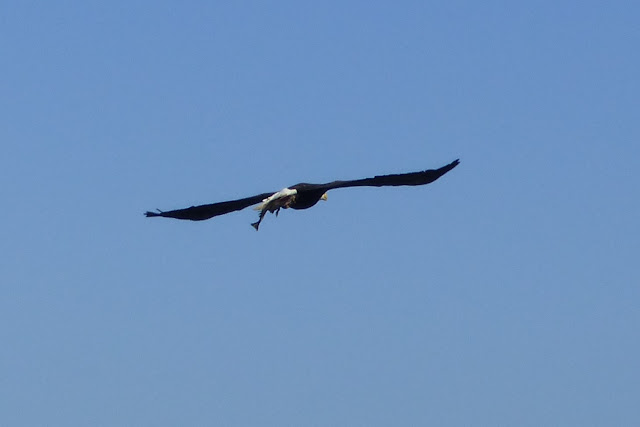 The Eagle was first sighted flying across the small cove carrying a good-sized fish (and being harassed by a gull who was hoping for the eagle to loose its grip). Someone better versed in fish will have to determine the species. 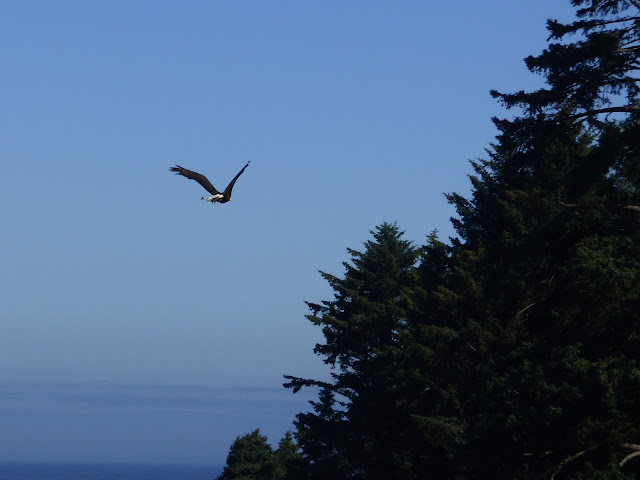 The Eagle flew to a tree across the cove and alit in a fir. The Bald Eagle is relatively common in the Pacific Northwest, so folks up this way probably don't get all that excited to see them, but I've only seen them a few times down in California, so this was kind of exciting.

Rocky Creek Bridge was built in 1927, linking Otter Creek to Depoe Bay. It was bypassed by Highway 101 in 1955 and was closed for a time, but was later reopened to allow a scenic loop to follow along the sea cliffs below 101. The wave action in the small cove is hypnotic. 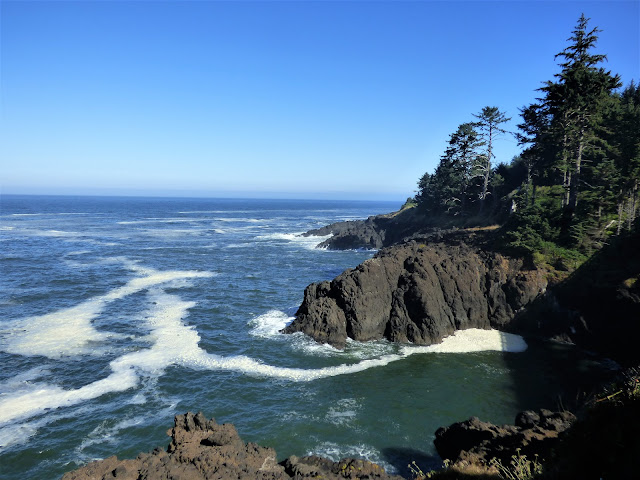