(Yes, this is the same post as the one I just did at Geotripper. For all I know, I may different readers of my two blogs!) 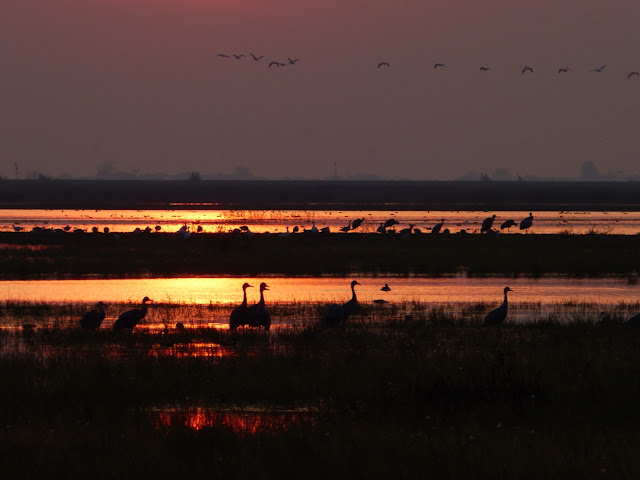 It's no secret to my friends and family that I have followed the political scene closely, as bizarre as it has been. The many discussions and worries lead to all kinds of stress. In times like that, it never hurts to step back a bit and see what is happening at the nearest national wildlife refuge. With that in mind, Mrs. Geotripper and I set out to explore the Merced National Wildlife Refuge today. It's situated darn near the geographical center of the state just south of the town of Merced. 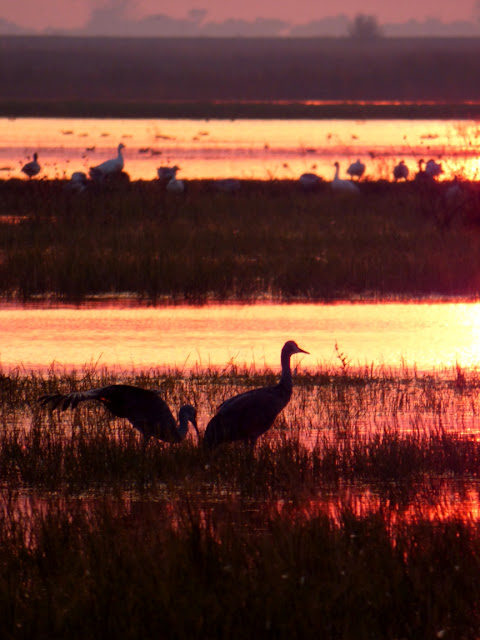 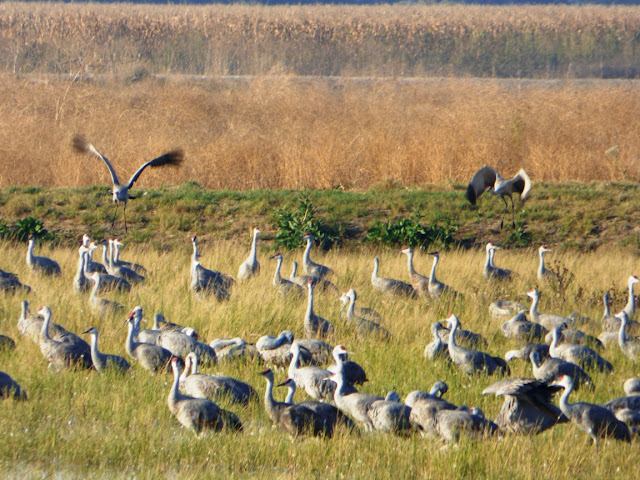 The birds gather thousands strong in several relatively small wildlife refuges in the Central Valley of California. 95% of our valley has been altered for agriculture and urban development, but these islands of wetlands and prairies allow the survival of several million migratory geese and cranes. It's probably a fraction of the number of birds that once filled the pre-western civilization skies, but it is a dramatic sight nonetheless. As we watched, a flock of what must have been close to a thousand birds landed in the fields before us. 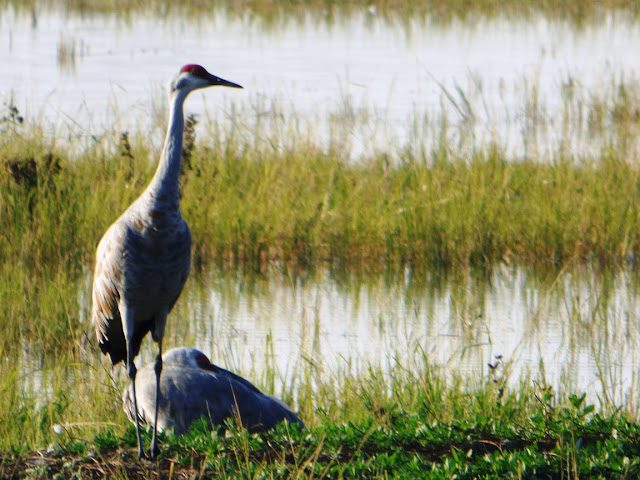 The birds in general are doing okay with stable or slowly increasing populations in most areas. They mate for life, and usually raise a single chick each year. They would be vulnerable to the destruction of the wetland habitats that they prefer. 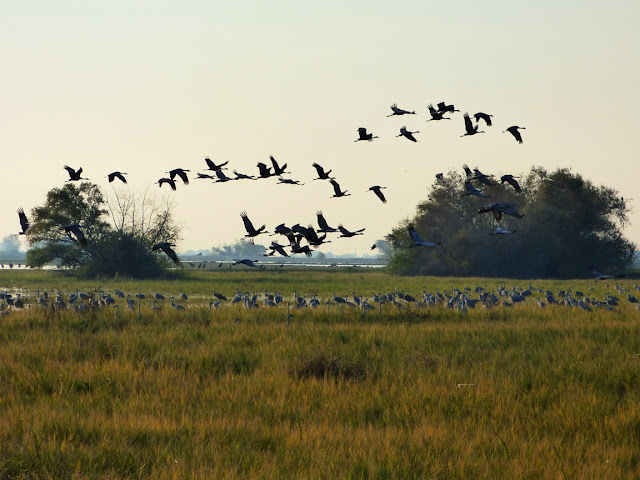 One more marvelous aspect of the Sandhill Cranes is their intriguing call. It's hard to describe, but it reminds me of the purring of a cat, amplified hundreds of times. Because of the bass tones, individual birds can be easily heard from a good half mile away. When thousands of birds are together, the sound is riotous. Check out my video from this afternoon below...