Great Egret in the Campus Wetland 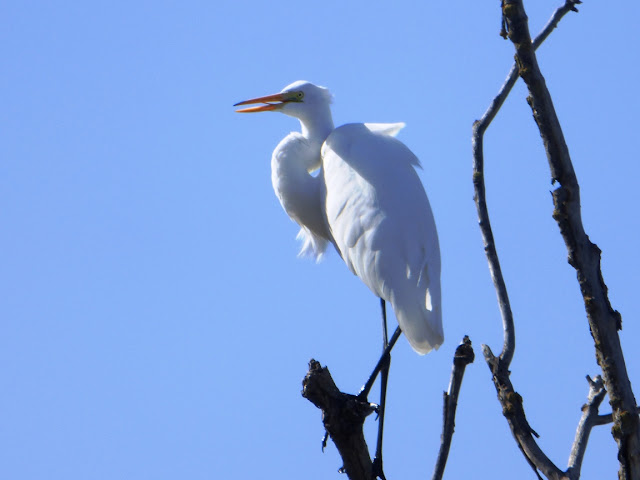 The campus wetland, my "mini-wilderness" has been undergoing some changes. The campus is "improving" the road system to give our students better access to the various parking lots, which is a good thing, but part of the process has been to shore up old fencing, and provide new secure fencing on the west boundary of the school property. As a result, I can only walk around three-quarters of the wetland before running into fences. I'm not sure what that will mean for our campus foxes or the other creatures that use the wetland. History generally shows that foxes and the others are pretty resourceful, so they'll probably be okay.

On the other hand, the pond has been dry for months. It serves as the drainage and groundwater recharge basin for the entire west campus, and it has been very dry, to say the least, for the last six months, and for much of the last five years. Consequently, without water there have been few birds hanging around. The last two storms brought some record rainfall totals, though, so I was pleased to see water in the pond, and even a few Mallards in attendance. There was also a Great Egret (Ardea alba), which I haven't seen on campus in months. It was a bit skittish, taking off before I even arrived at the fencing, but it perched in the old cottonwood tree while I walked by, and allowed me a few pictures. 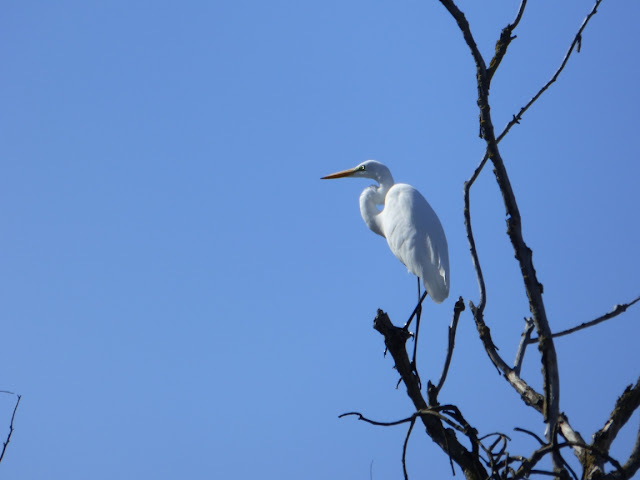 If the pond persists for a few weeks, look for a few more members of the bird community in these posts!.
Posted by Garry Hayes at 4:16 PM