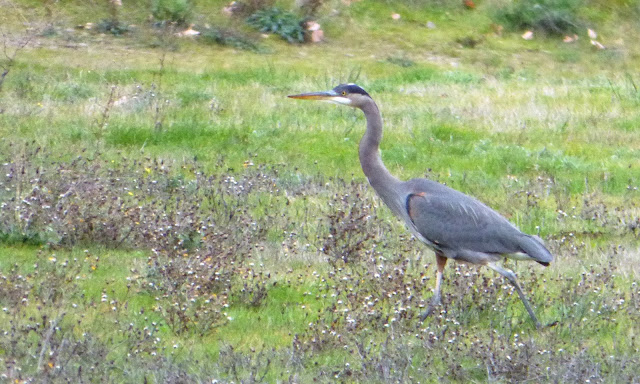 I guess I have to admit that I like Great Blue Herons (Ardea herodias), since they've been profiled here six times now. including a life-and-death struggle with Bald Eagles on Vancouver Island a year ago. We were taking a short break this afternoon at the roadside rest near Ashland, Oregon, when Mrs. Geotripper spotted a heron in the nearby field. I snapped a few pictures, as well as a video of the heron hunting. It's fascinating to watch how they hold themselves so steady as they walk forward. Although it didn't catch anything while I filmed, I can't doubt that some kind of amphibian or bug became a meal tonight. They seem very patient...