Bird of the Day: Hermit Thrush at Pinnacles National Park 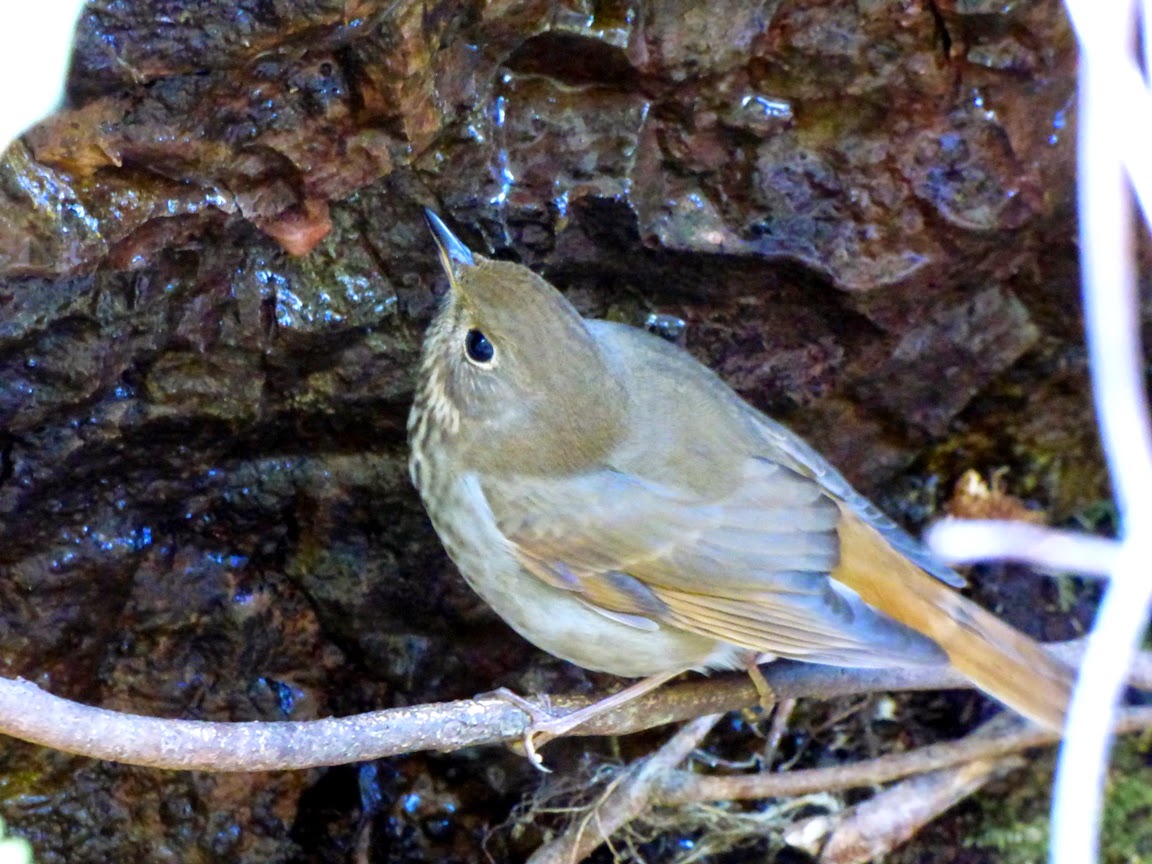 THIS was a hard shot. We were in a deep canyon in the very late afternoon. We were tracking a small bird lurking in even darker bushes. I have no idea why this shot came out at all, because there were sixteen attempts that were blurry or unfocused.
The bird is a Hermit Thrush (Catharus guttatus) that was foraging in the brush and poison ivy near the entrance of lower Bear Gulch Caves in Pinnacles National Park. Pinnacles is located in the central California Coast Ranges south of Hollister. It is our nation's newest national park (established in 2013), but it was one of our oldest national monuments, having been declared by Teddy Roosevelt in 1908 (parks are established by Congress, monuments by presidential proclamation).
Posted by Garry Hayes at 1:28 PM